Since 1998, FIRST Team 254, “The Cheesy Poofs,” has grown from one of the smallest programs in the country at a struggling high school to a large, multifaceted organization. In 1998, the NASA Robotics Alliance Project was founded and program executive Dave Lavery called on NASA engineer Mark Leon to lead the formation of a high school robotics team near NASA’s Ames Research Center. Mark, also a volunteer martial arts instructor at Broadway High School in San Jose, recruited NASA engineers Bob Holmes and Steve Kyramarios, Broadway English teacher Jason Morrella, and a handful of Broadway students to form “The Manglers,” a Botball Robotics team. In April 1998, the Mangler team took second in a NASA Ames sponsored competition. Later in the season, the team traveled to the FIRST Robotics nationals in Florida and decided to form a FIRST Robotics Team for the upcoming season.

In Fall 1998, Broadway high school registered FIRST Robotics Team 252, “The Bay Bombers” for the inaugural NASA Ames Regional competition in Spring 1999. A second team, 254, was accidentally registered and was named “The Cheesy Poofs.” At the Ames regional, Team 254 was picked by Team 100 from nearby Woodside High School and went on to win the tournament and the Rookie All-Star award. The team traveled to the National Championship as 254 and was awarded a Judges’ Award and the Presidential Classroom Leadership Scholarship. After the competition was over, the team worked with NASA to support the formation of the first two FIRST teams in Hawaii – 359 and 368. The next year, Broadway High School returned to the FIRST Robotics Competition as one team – Team 254, “The Cheesy Poofs” and won two regionals and a National Judges’ Award for “Grit and Determination.”

In fall 2000, Broadway High School was downsized and the program moved to Bellarmine College Preparatory. In the years since, the team’s footprint has steadily grown. The team’s membership increased and outreach efforts grew to match. Team 254 continued to compete nationwide and its tradition of excellence held strong. In 2004, the team was awarded the FIRST Chairman’s Award, the highest award in the program, and was inducted into the FIRST Hall of Fame in recognition of its extraordinary program.

In 2008, The Cheesy Poofs entered a team in the FIRST Tech Challenge, a competition utilizing smaller robots built with the VEX Robotics Design System. FTC Team 567 won its local tournaments and performed well at the World Championship. The next year, The Cheesy Poofs switched over to the VEX Robotics Competition. Over the years, the program has grown tremendously and in 2009, the team began hosting the annual Bellarmine Bay Area VEX Robotics Competition. The tournament has since grown to be one of the largest tournaments in the state. In 2011, the team was awarded the VEX Championship Excellence Award, the highest award in the competition, in recognition of its program on and off the playing field.

In recent years, Team 254 has seen unprecedented success. The team’s enrollment has grown and its footprint of impact has widened. In 2011 and 2014, the team won the FIRST Robotics Championship and the team has in recent years hosted engineering fairs and attended the White House Science Fair. Since 2011, The Cheesy Poofs have also annually entered the Zero Robotics competition, a software development challenge focused on satellite maneuvering and coordination.

Not only do Team 254 students acquire technical skill sets, they also learn the fundamentals of other corporate tasks, such as project management, leadership, team building, marketing, etc. More important than any competitive success or awards, the students of Team 254 grow academically, intellectually, and socially. Team 254 members gain a better understanding, a greater respect, and a more profound appreciation of the benefits of a good education. In line with the missions of parent organizations NASA and Bellarmine College Preparatory, Team 254 in a profound way inspires and motivates our students to avidly pursue their academic, career, and personal goals both during their time on the team and in their futures. 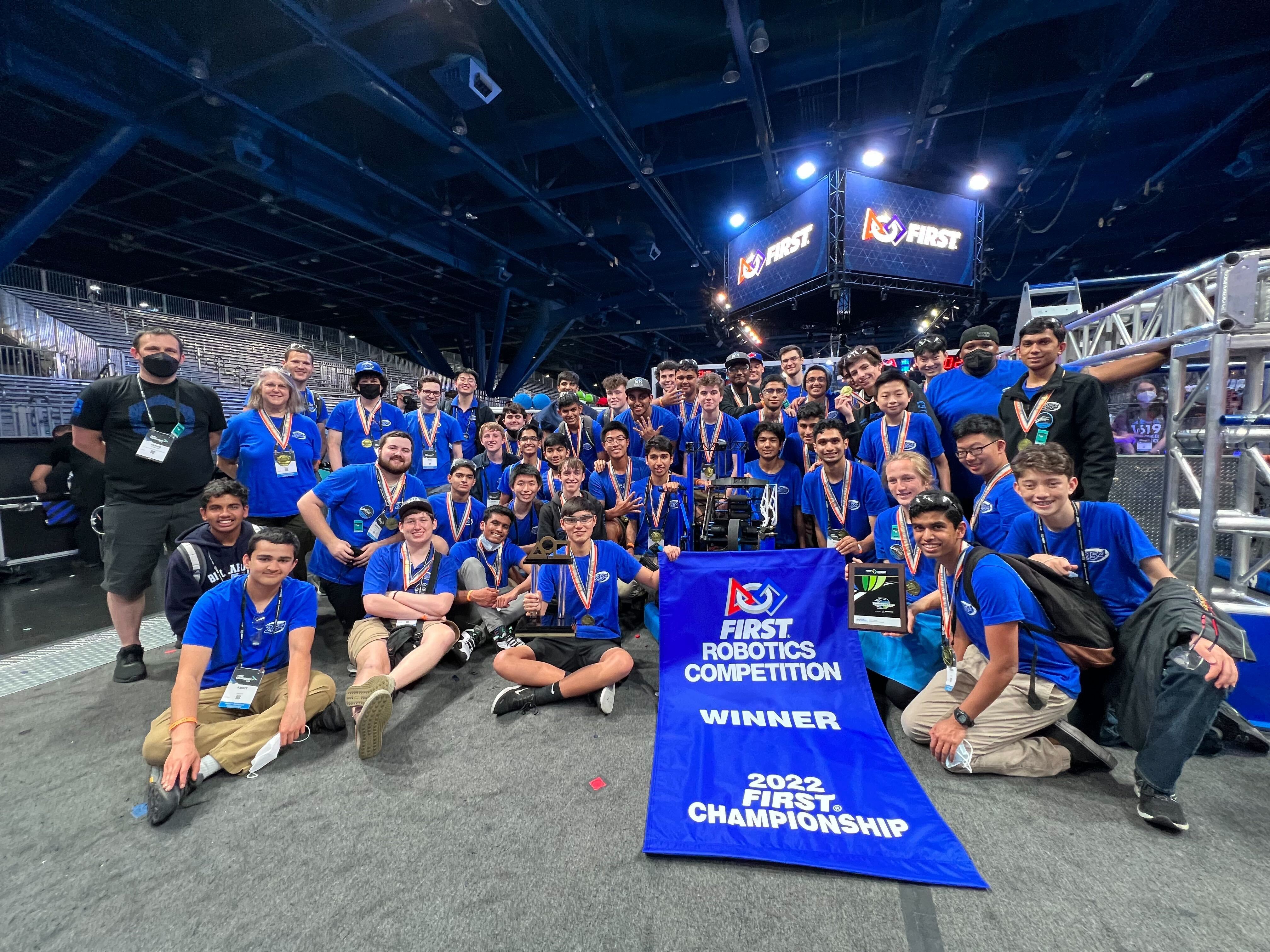