Today, the programmers worked on testing a VEX ultrasonic sensor to see whether the robot could use it to gauge its distance from the wall of the field. The VEX sensor was used as a temporary stand-in while the programming team awaits the arrival of the competition sensors. 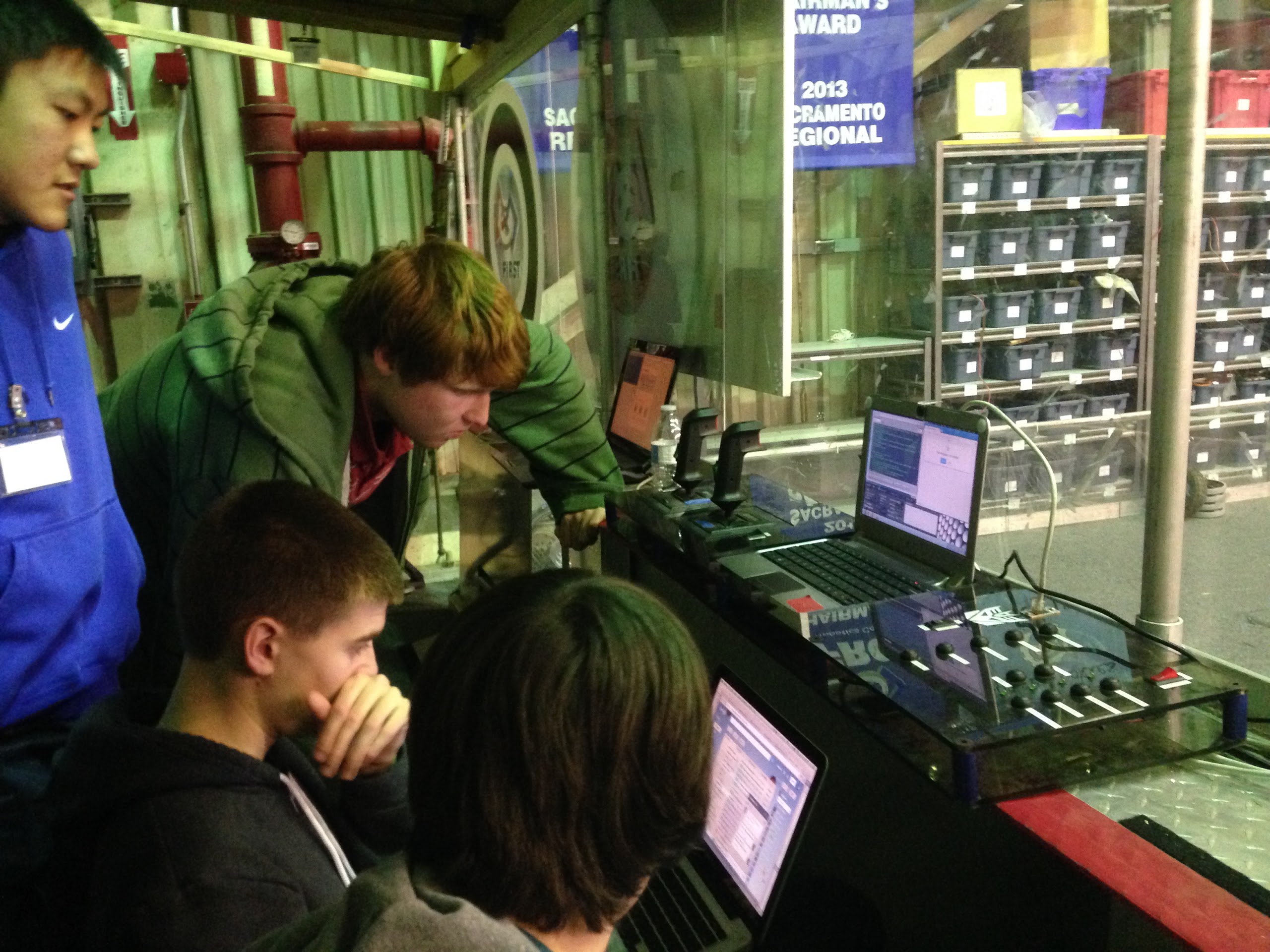 In addition, they continued working on applications to graph the feedback sent by the robot.

Today, we continued the design of the robot and continued detailing the main intake, the shooter wheel and the actuating hood. The shooter is powered by two mini CIM motors with power transmission through small GT2 timing belts. The front intake has a 550 motor mounted on the end of the arm with a two-stage belt reduction aimed to give a roller surface speed around 15 ft/sec. This speed was determined by estimating the average robot speed while intaking (10 ft/s) and determining the amount of time we hope for an intake to take. 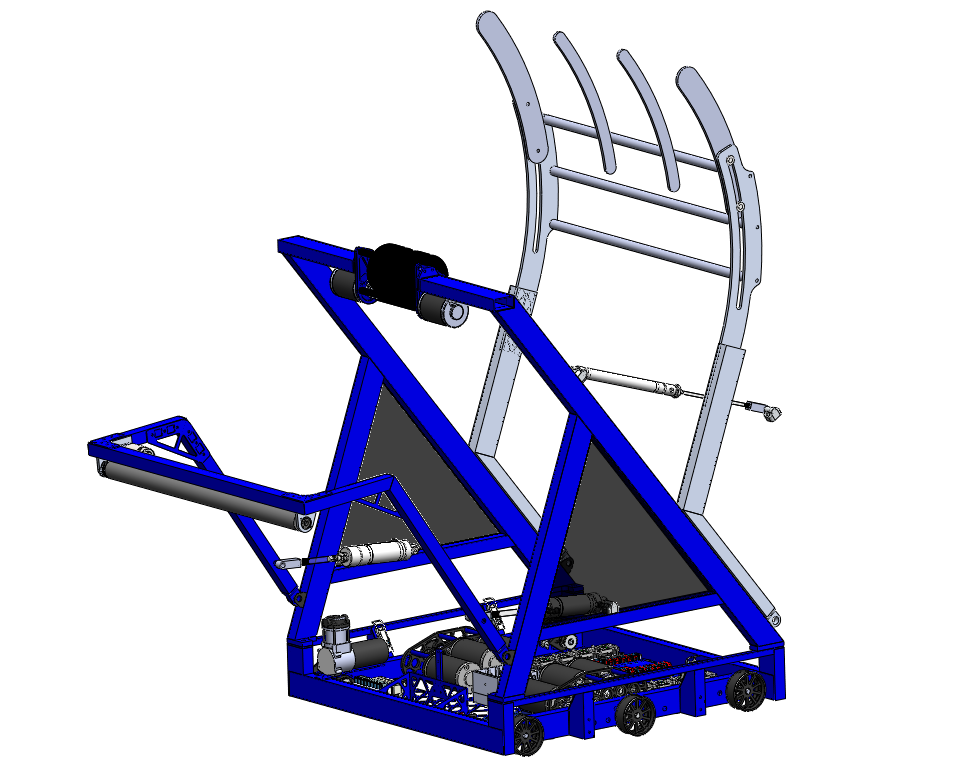 Today, we began making the outer bearing housings. A large order of material arrived today from our aluminum supplier. The aluminum plate for the robot bellypan was dropped off at sponsor BAE systems for waterjet cutting. We expect the baseplate to be cut on Monday.

Furthermore, a number of team members cut tread today. This tread will be used on practice wheels for existing robots and may eventually be placed on the competition robot (once its wheels are made). 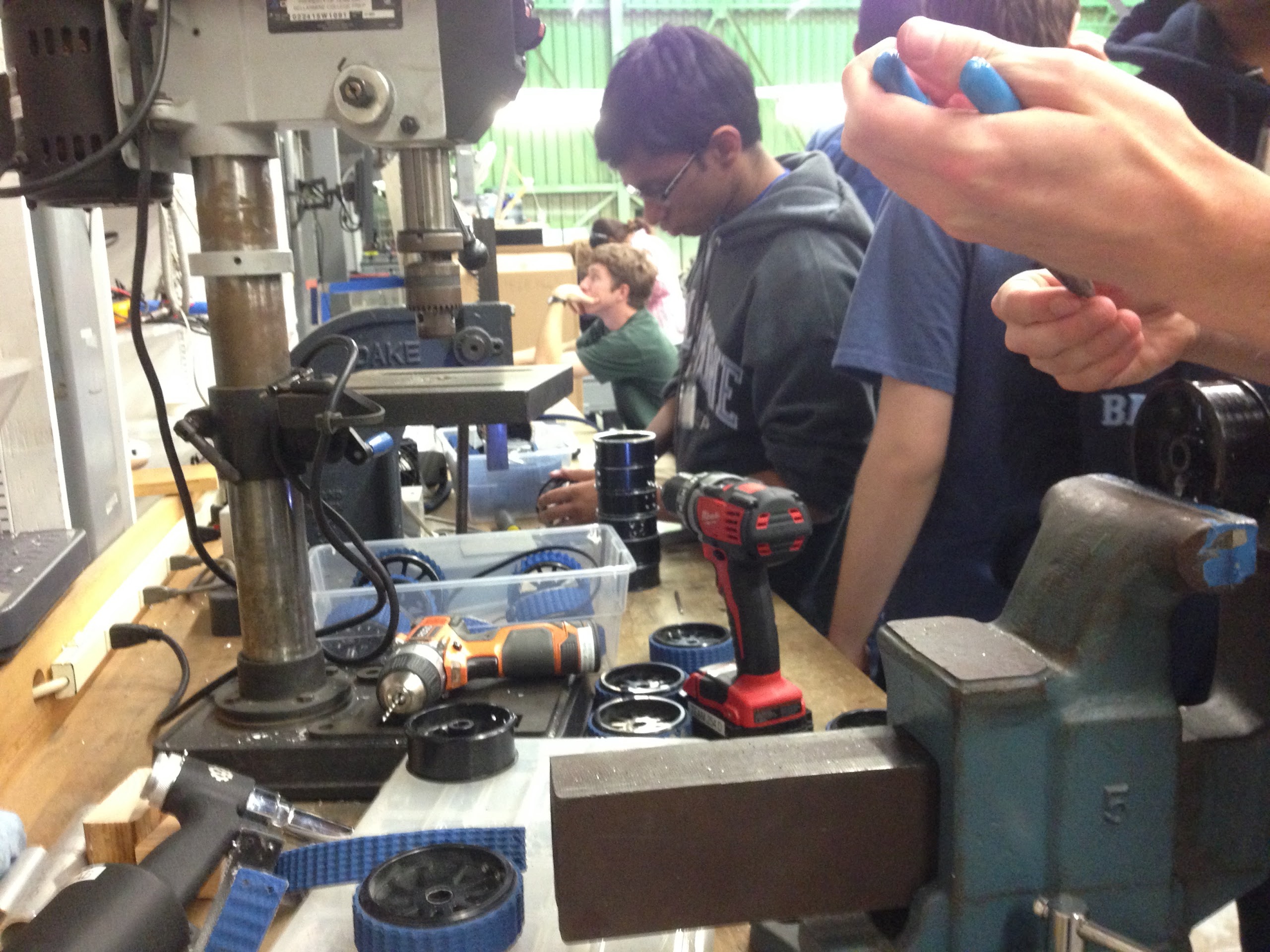 Work was also started on building a more refined version of the roller intake prototype. The intake will be raised and lowered by pistons, and will be based on a CAD drawing of the final design.