Today, work continued on the automated ball loading mechanism for the flywheel prototype. This “popper” will use two pneumatic pistons to quickly and precisely load balls into the shooter for more consistent and realistic testing. Tomorrow, the entire shooter will be mounted on top of the robot drive base along with the intake and to test the integration of the three systems. 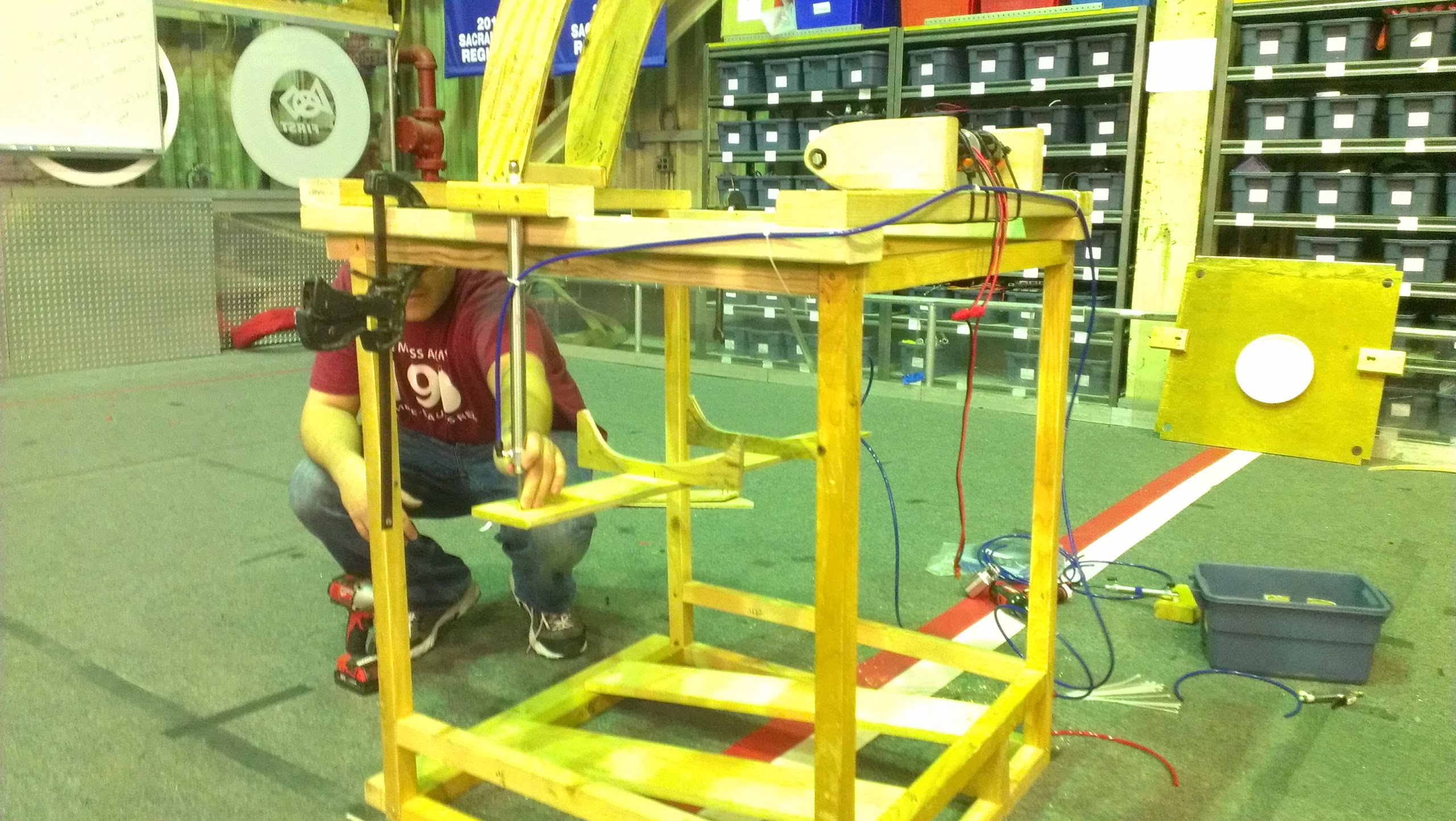 Other team members worked on creating a new prototype intake. This intake was created to the dimensions currently in place in the robot CAD model. It will be able to flip down with two pistons. The intake will utilize one mini CIM motor to drive the roller. When the intake is down, it can suck a ball and pull it up against the bumper. When the intake comes up while holding a ball, it pulls the ball into the robot. This will later be integrated with the shooter and “popper.”

Later in the night, the intake was finished and tested with the robot driving around. While this test did not utilize pneumatics, it did show that the intake successfully could pick up balls both while stationary and moving. 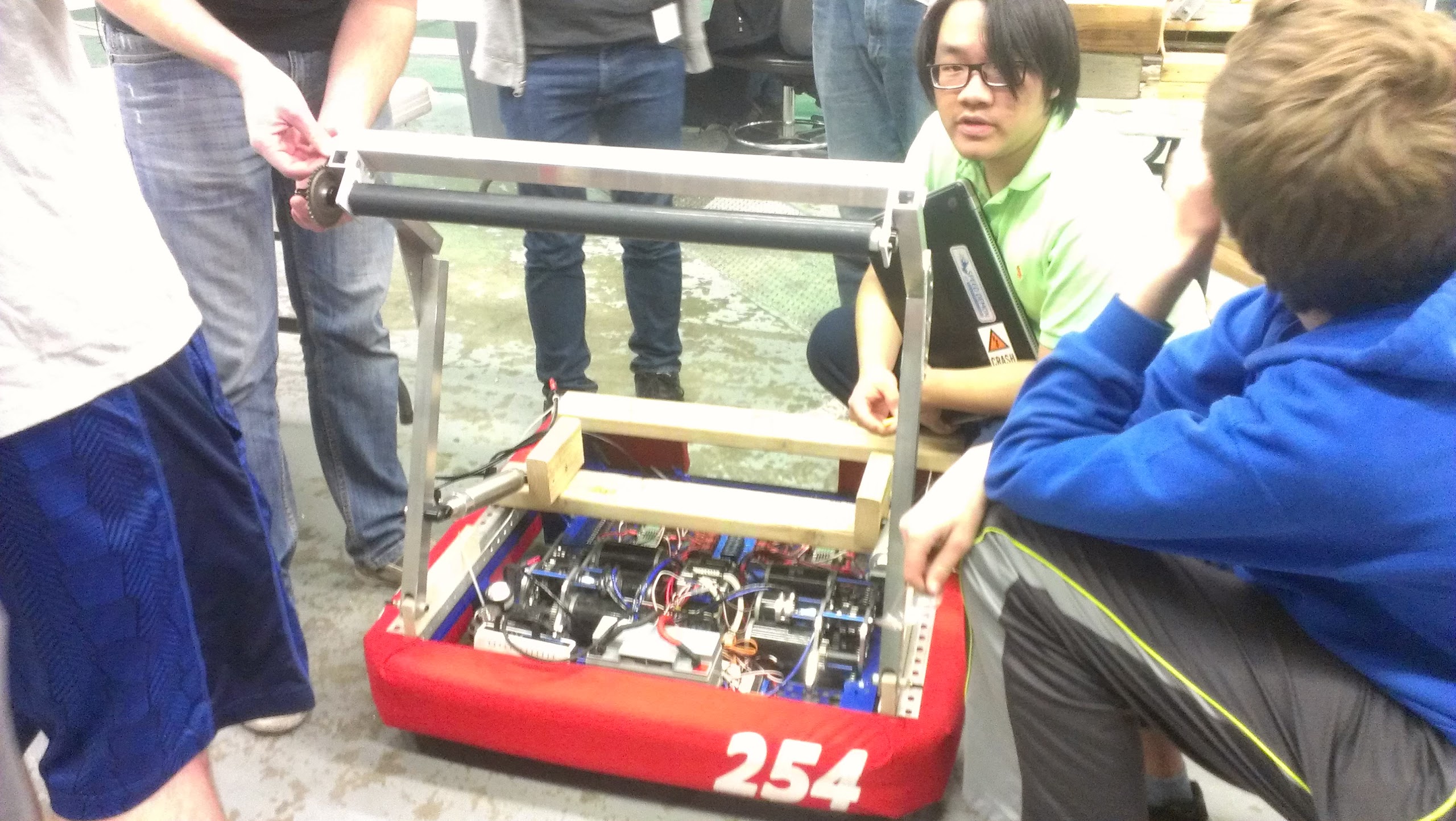 In addition, we continued work on the Cordless Drill Holder. Some students were finishing up the CAD upstairs and figuring out the final dimensions so the organization unit can fit in one of our travel crates. Others were using the drill press and mill to make precise prototype holes in wood for the drill chucks to fit in. These test pieces were then used to get accurate dimensions in the CAD that will be later sent to Good Plastics to be professionally routed in blue HDPE plastic. 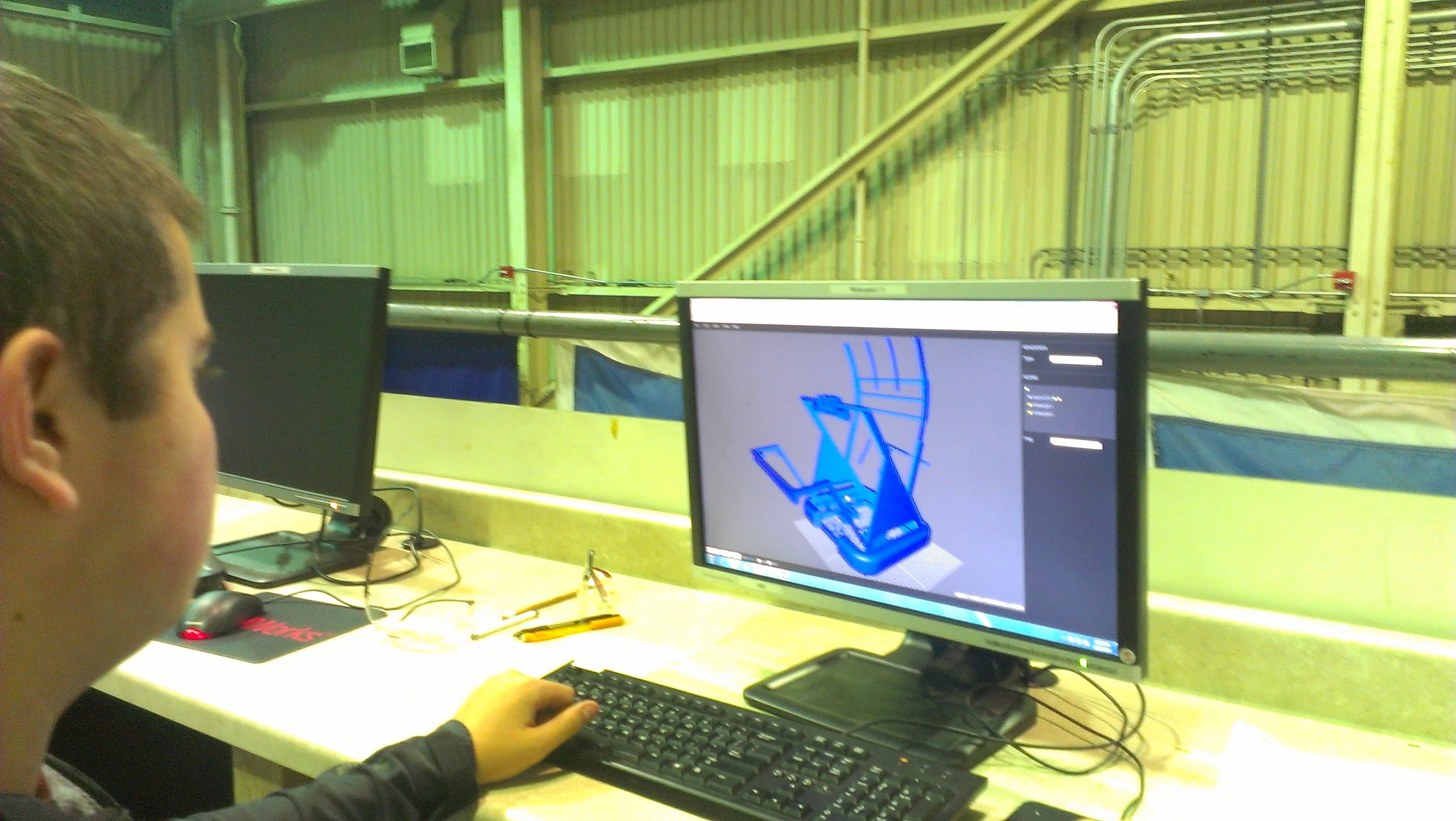