by Christian Bagamaspad and Michael Simeon

The robot prototype changed considerably today. First, the shooter prototype was mounted to the 2013 drive base. The robot can now drive, intake, load the ball, and shoot in one test. Results were very promising and tests showed the robot can pick up and hold two balls, sequentially index and shoot them into the goal. Later, shots will need to be fired more consistently, and the “popper” piston mechanism will need to be more robust to provide better shots and prevent the ball from getting jammed. This mock up prototype of the robot could possibly be used by programmers for early autonomous testing. This is one of the first times in recent years that team has built such a large compilation of other prototypes. Due to the simplicity of its design compared to previous years, this prototype will actually be somewhat similar in functionality to that of the final robot. 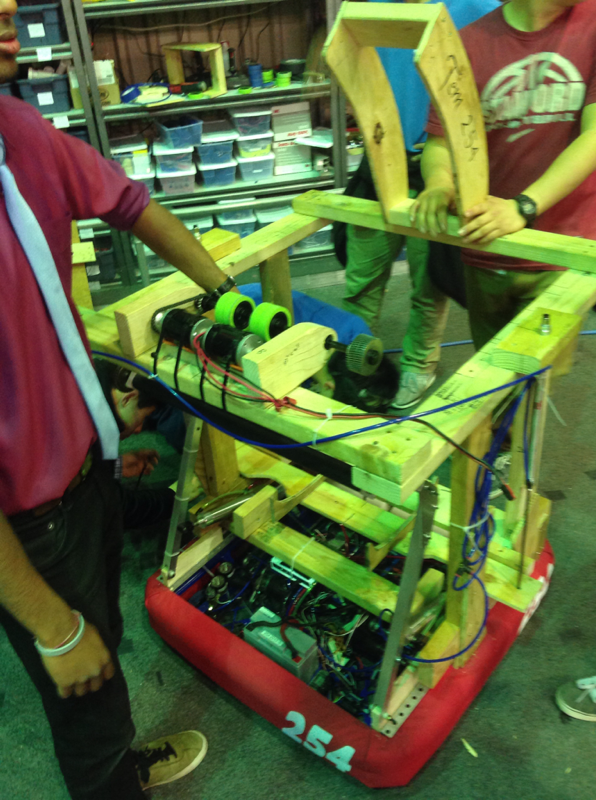 Today, the CAD team worked on the ball lifter assembly and piston positioning for the 2 position hood. We also went through the drive gearbox CAD to ensure everything is in ship shape before manufacturing begins.

The team also worked to finish up the 3D model of the cordless drill holder, finalizing the hole placement and overall ascetics. Once approved, the CAD model can be sent to Good Plastics to have it routed. 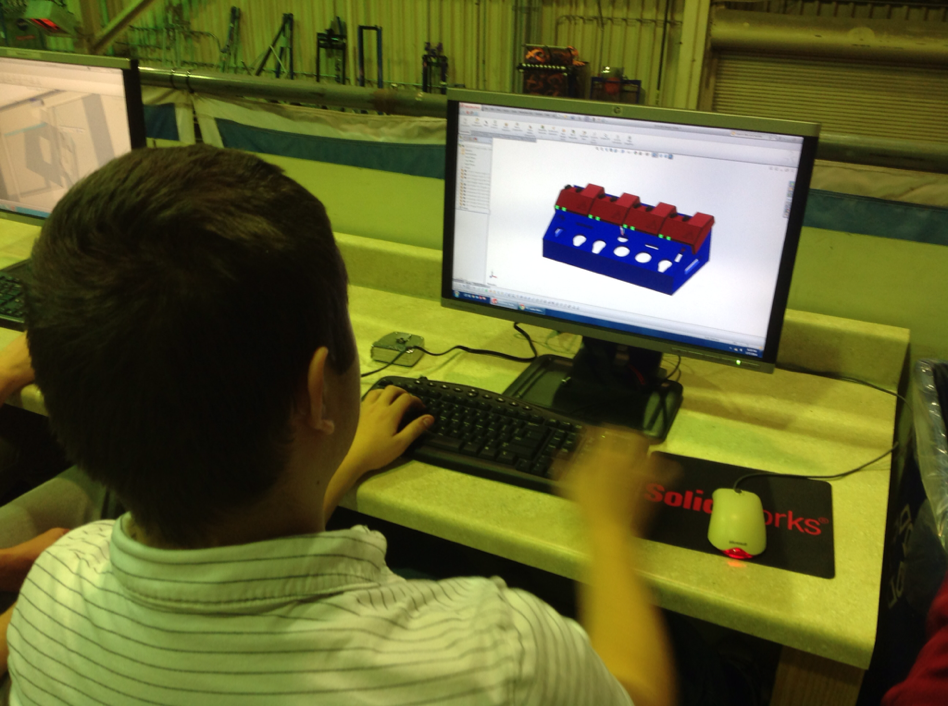 The drafting of the Chairman’s Award Essay thesis began today. Team members brainstormed and wrote tentative theses in preparation for outlining over the weekend. Additionally, they also reviewed previous submissions for the Chairman’s Award and discussed the implicit intent of the thesis. They decided that the underlying message of the essay should emphasize the development of the team since its 2004 Chairman’s Award victory and how the team has continued to set a new direction since then. The team also plans to portray how it has further emphasized outreach and how inspired others in our local community and abroad.

Today was a slow day on the manufacturing front. The primary task of the day was shortening the drive gearbox piston spider standoffs.

Today, students worked on organizing the pit storage shelves. Prior to today’s work, the shelf storage had been bound by tape, but now, the tape has been replaced with Velcro straps and certain beams were marked to point to the holes used in assembly. This will help save time during pit set up and tear down and prevent us from having to keep reusing expensive tape to simply bundle the segments together. 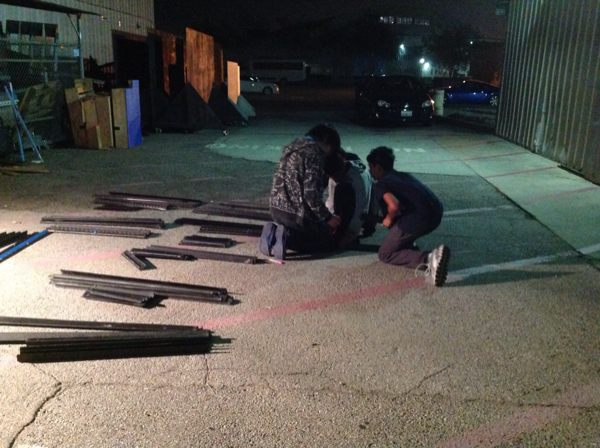