As part of an eventful weekend, we hosted Chezy Champs, our annually hosted offseason FRC tournament at Bellarmine College Preparatory, in our hometown of San Jose, CA. We had a great time jumping back into action with our robot, Misfire, before the start of the 2018 FRC Season. Alongside, FRC Team 1011 Team CRUSH, FRC Team 696, Circuit Breakers, and FRC Team 5104 BreakerBots, we were able to win the tournament!

Check out this great highlight reel made by RoboSports Network (RSN)!

At the tournament, we hosted an exhilarating exhibition match, which included the several teams with highly skilled shooting robots. The standard rule for this match was that the only way to score points was to shoot fuel into each alliance’s respective boiler. The teams which participated in the exhibition match: 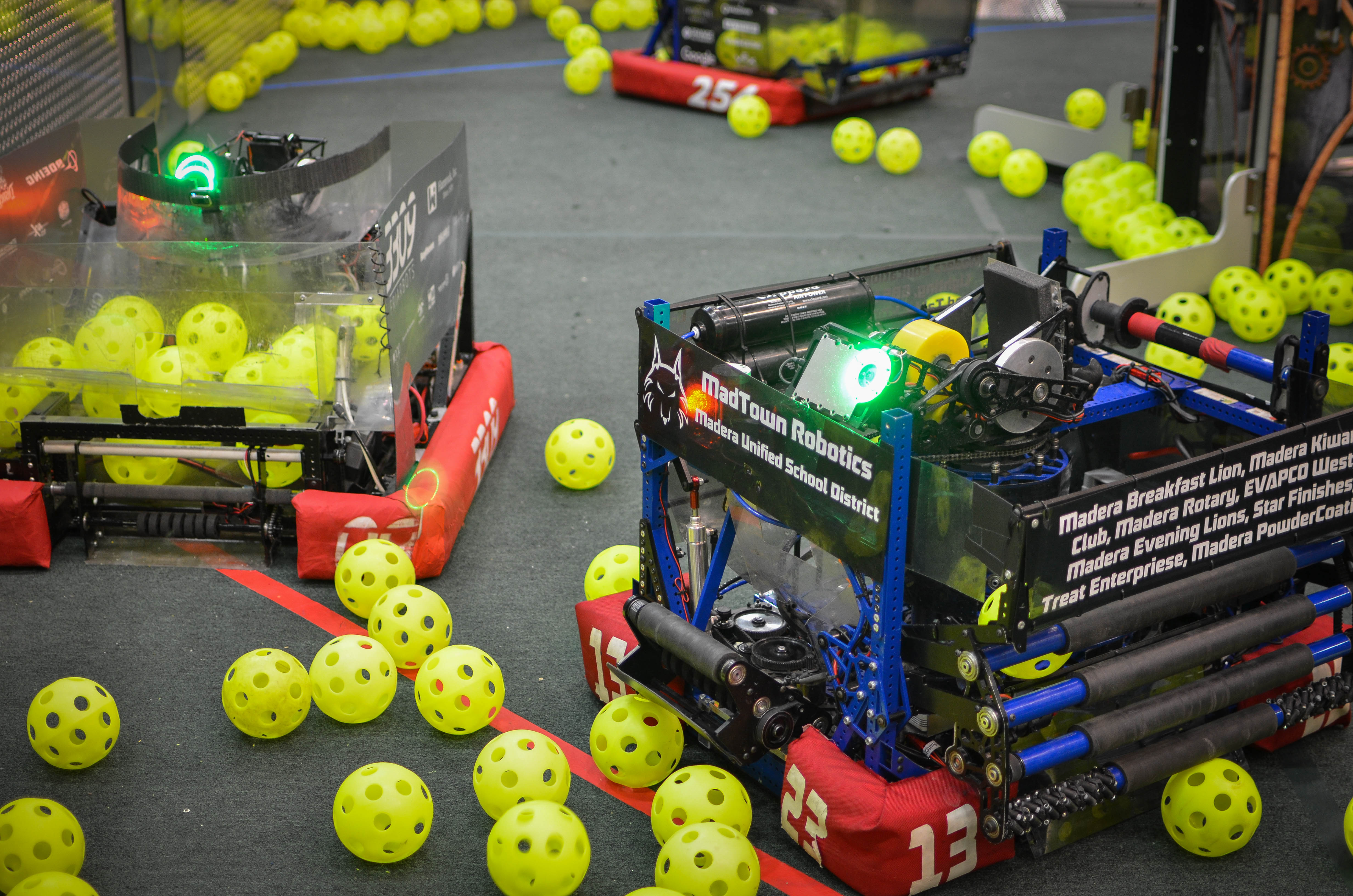 Throughout the qualification matches, we encountered a few mechanical problems with our gear grabber, hopper, and drivetrain and a few problems with Misfire’s autonomous performance. After some careful observation, we realized that our gear grabber’s knife-edge was worn out, so we replaced it with a new piece of polycarb. Our stationary hopper panel kept colliding with the field hoppers, which tore our hopper wall. We replaced the broken hopper panel to solve this problem. We also noticed a crimp lodged between our chain and sprocket on our drivetrain, so we removed it to make our drivetrain function normally. Overtime, our autonomous performance improved after our mechanical changes. Thus, we were able to seed first for alliance selection after having a qualification match record of 7 wins and 3 losses. 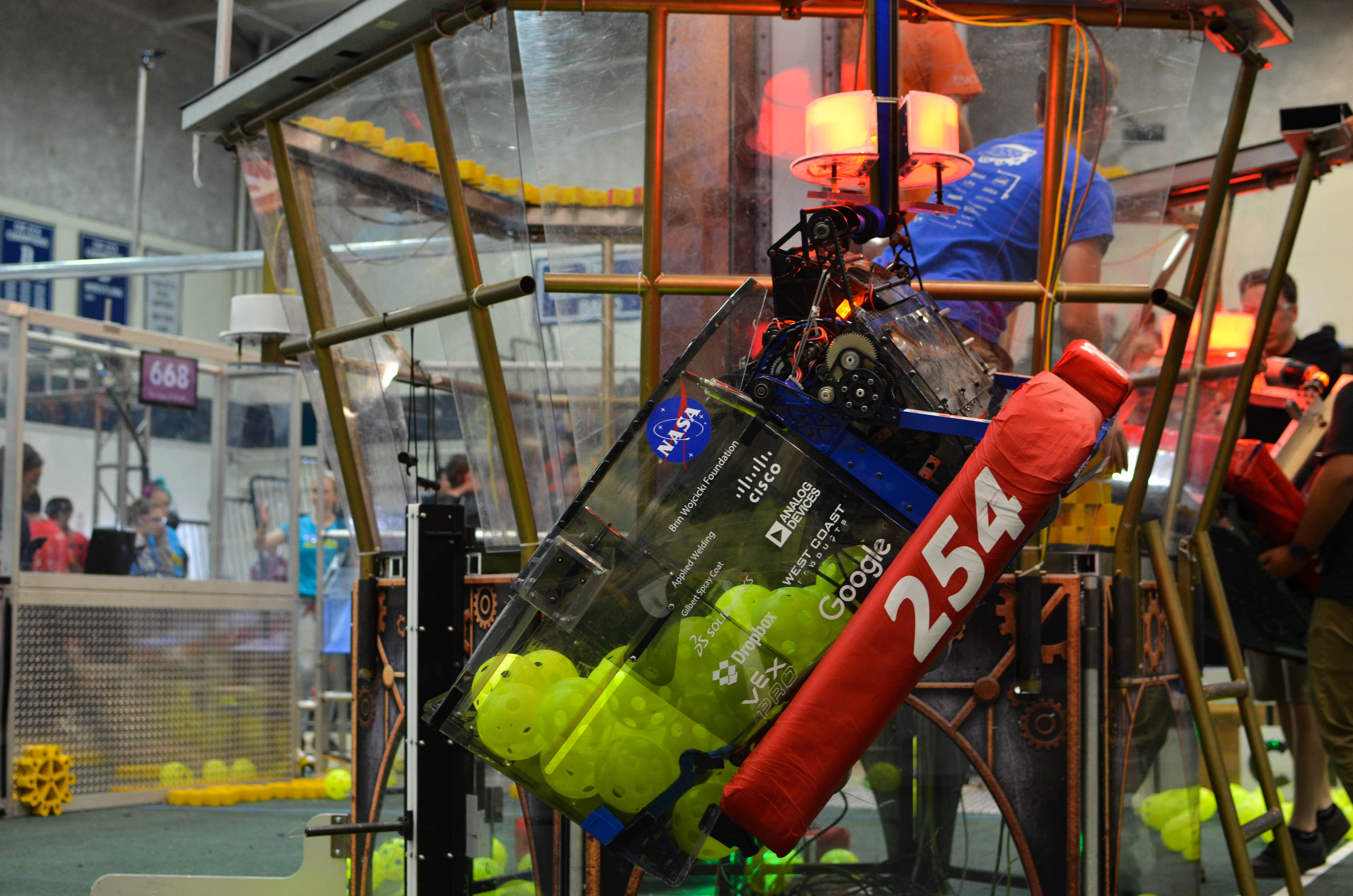 During elims, we faced some fierce competition during our Semifinal and Final Matches. We ended up having to compete in a third tiebreaker match in semifinals and finals. In Semifinals Match 2, the opposing alliance of Team 973 Greybots, Team 1538 The Holy Cows, Team 604 Quixilver, and Team 2135 Presentation Invasion, scored a large amount of kPa during auton and kept their lead up by activating all 4 rotors! In Finals Match 2, the opposing alliance of Team 1323 Madtown Robotics, Team 3309 Friarbots, Team 5026 Iron Panthers, and Team 2073 EagleForce, displayed their true skill, by keeping a consistent lead, from the start of the match. By the end of our elimination matches, we won all of our tie breaking matches, allowing us to win the event with our alliance. We wouldn’t have been able to accomplish such a victory if it weren’t for our amazing alliance partners – Team 1011 CRUSH, Team 696 Circuit Breakers, and Team 5104 BreakerBots. 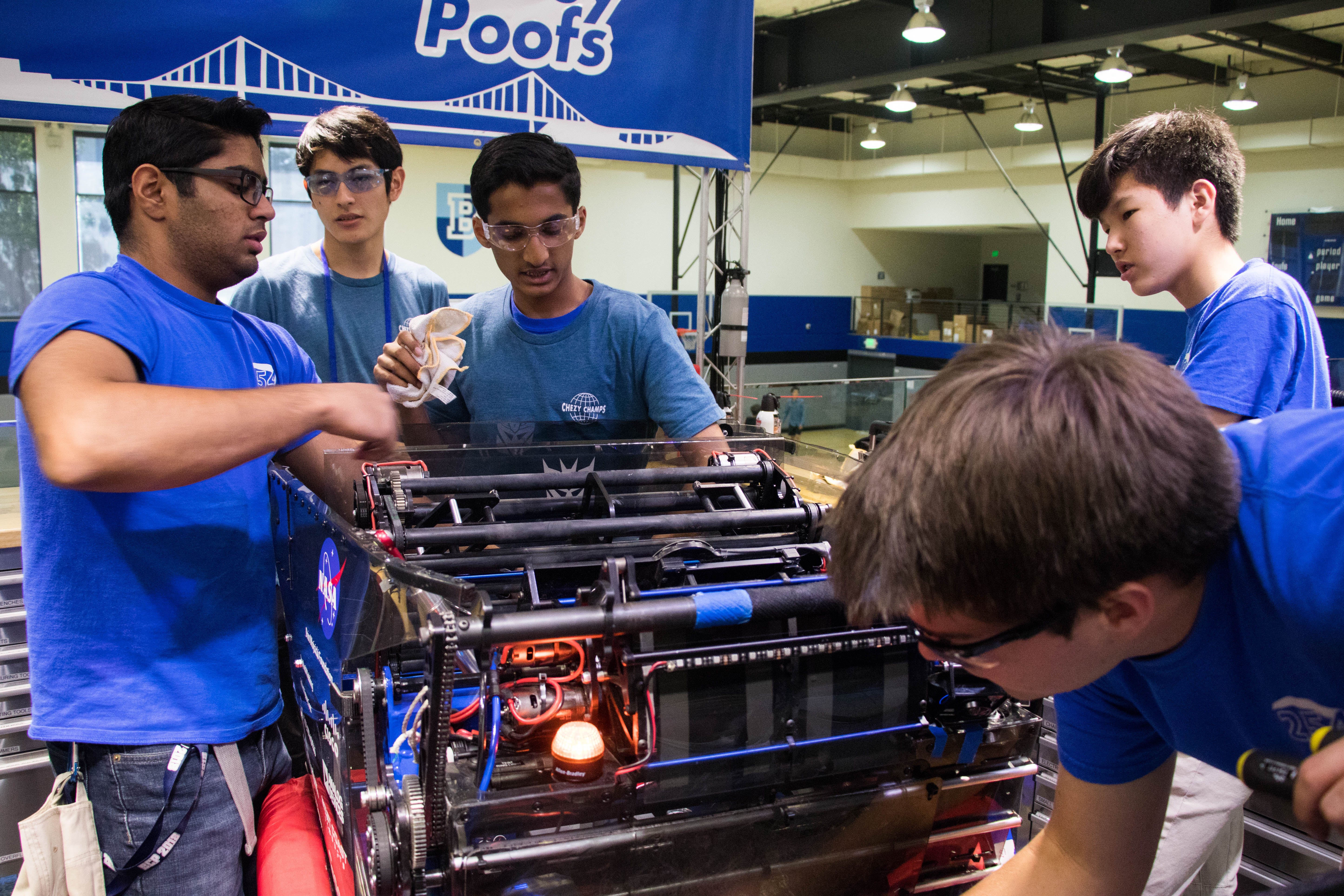