As part of an eventful weekend, we hosted Chezy Champs, our annually hosted offseason FRC tournament at Bellarmine College Preparatory, in our hometown of San Jose, CA. We had a great time jumping back into action with our robot, Lockdown, before the start of the 2019 FRC Season. Alongside, FRC Team 1678 Team Citrus Circuits, FRC Team 649 M-SET Fish, and FRC Team 2557 SOTAbots, we were able to win the tournament! 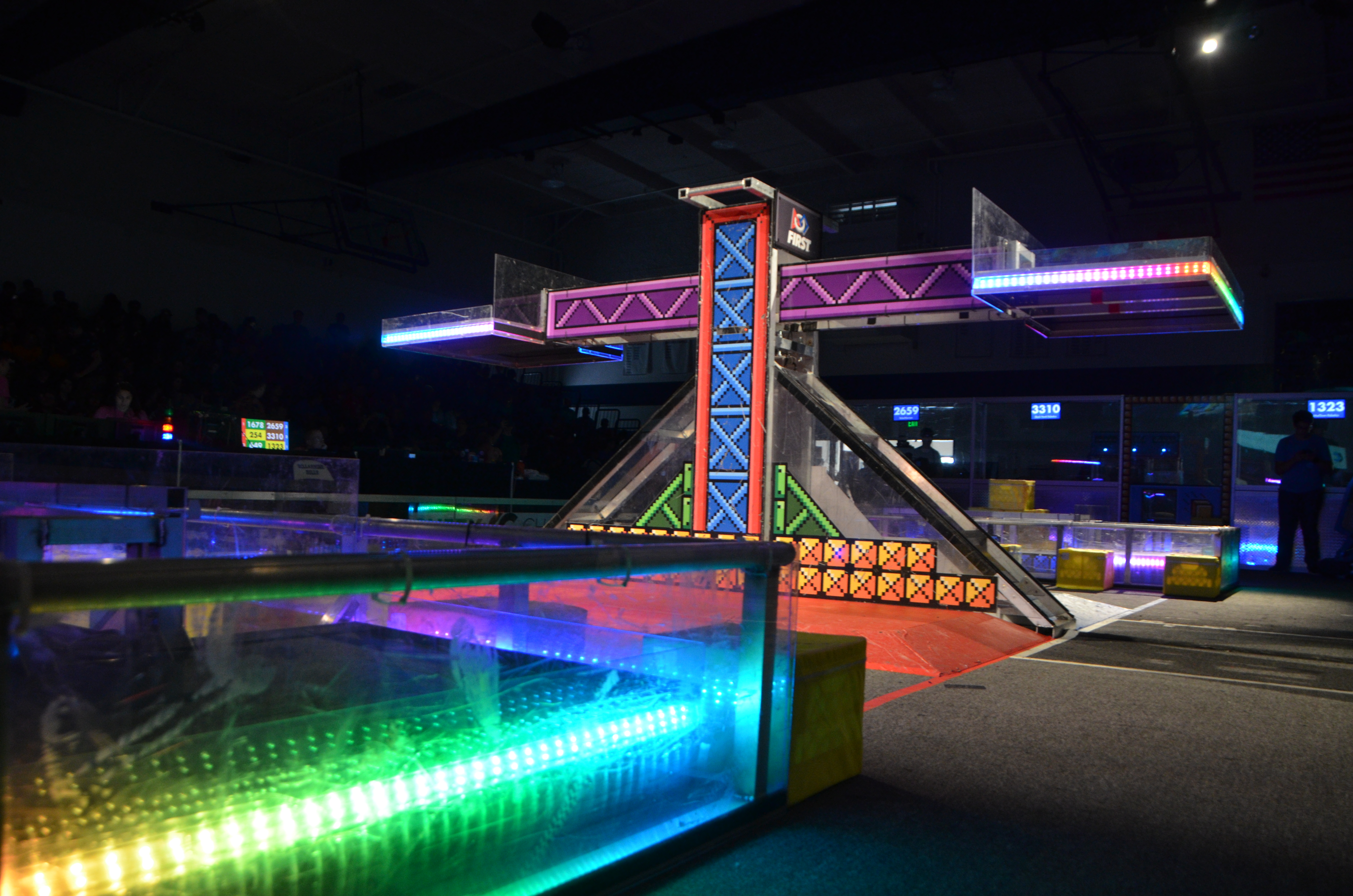 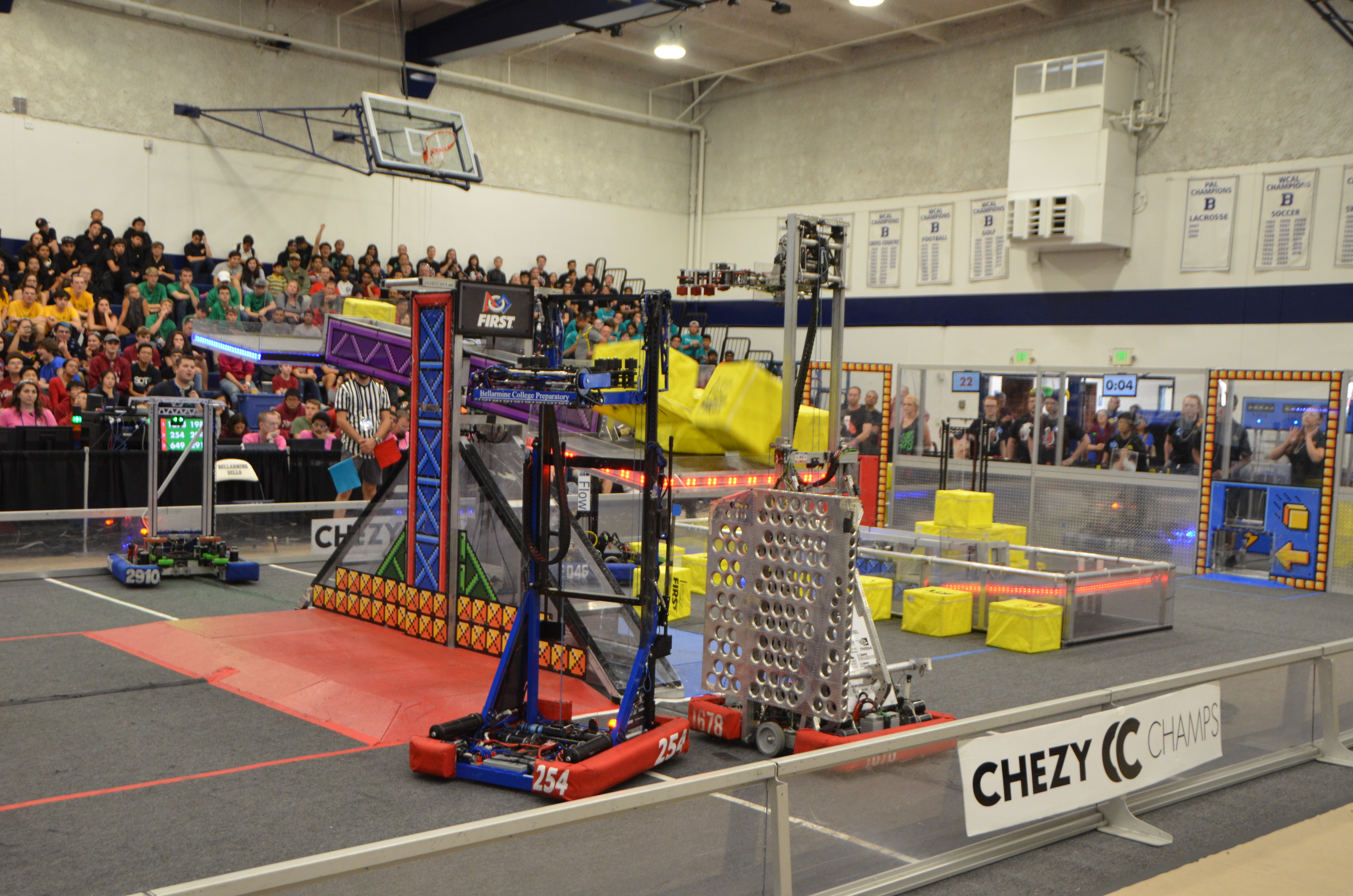 Lockdown faces some competition in scoring on the scale

Throughout the qualification matches, we had a very loose strategy. We had a new drive team for this year, so we were very relaxed in our approach to the game and generally focused scoring on the scale. Though we lost a few quals matches and did not seed first, we were chosen to join an alliance with generous Team 1678 (Citrus Circuits). During elims, we had scale-heavy matches and switch-heavy matches. During our scale-heavy matches, we worked with Team 1678 to score on the scale until we had a substantial lead. After focusing on the scale, we would divert our attention to our switch or attack our opponent’s switch of necessary. For finals, our objective was to build a solid lead after auto and then maintain ownership of the scale. We ensured that we completed this objective by placing all of the switch fence cubes on the scale. Whenever we had a lead on the scale, 1678 would maintain it and we would do our best to slow Team 1323 down by attacking opponent switch and disrupting their pyramid-scale cycles. We would like to congratulate the winning alliance of Team 3310 (Black Hawk Robotics), Team 1323 (MadTown Robotics), Team 2659 (RoboWarriors), and Team 1538 (The Holy Cows). 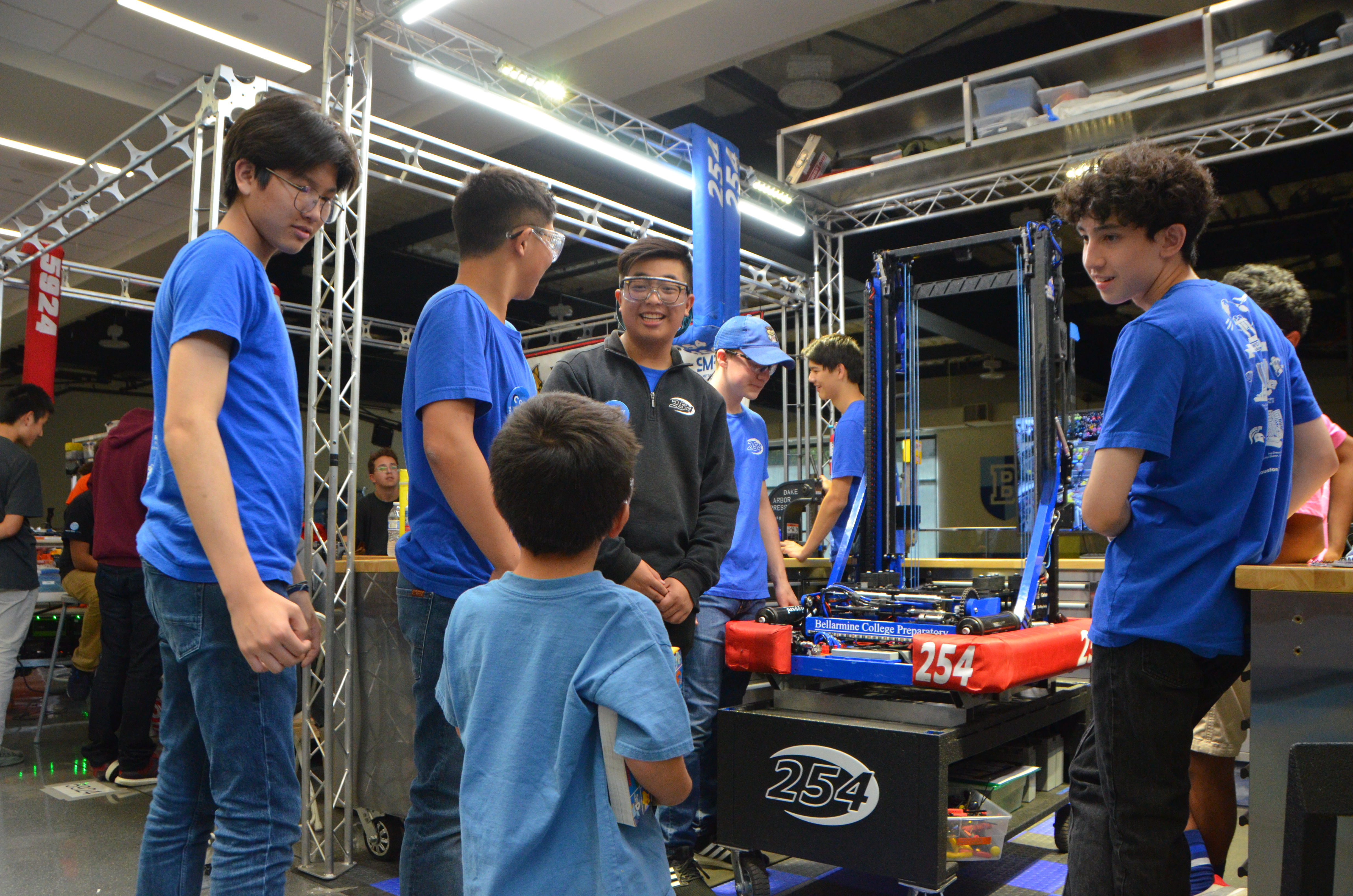