As part of an eventful weekend, we attended Madtown Throwdown, an annually hosted offseason tournament hosted by Team 1323 (Madtown Robotics), in Madera, CA. We had a great time jumping back into action with our robot, Lockdown, before the start of the 2019 FRC Season. Alongside, FRC Team 1323 MadTown Robotics, their offseason robot (9323), and our own programming robot (9254), we were able to win the tournament! 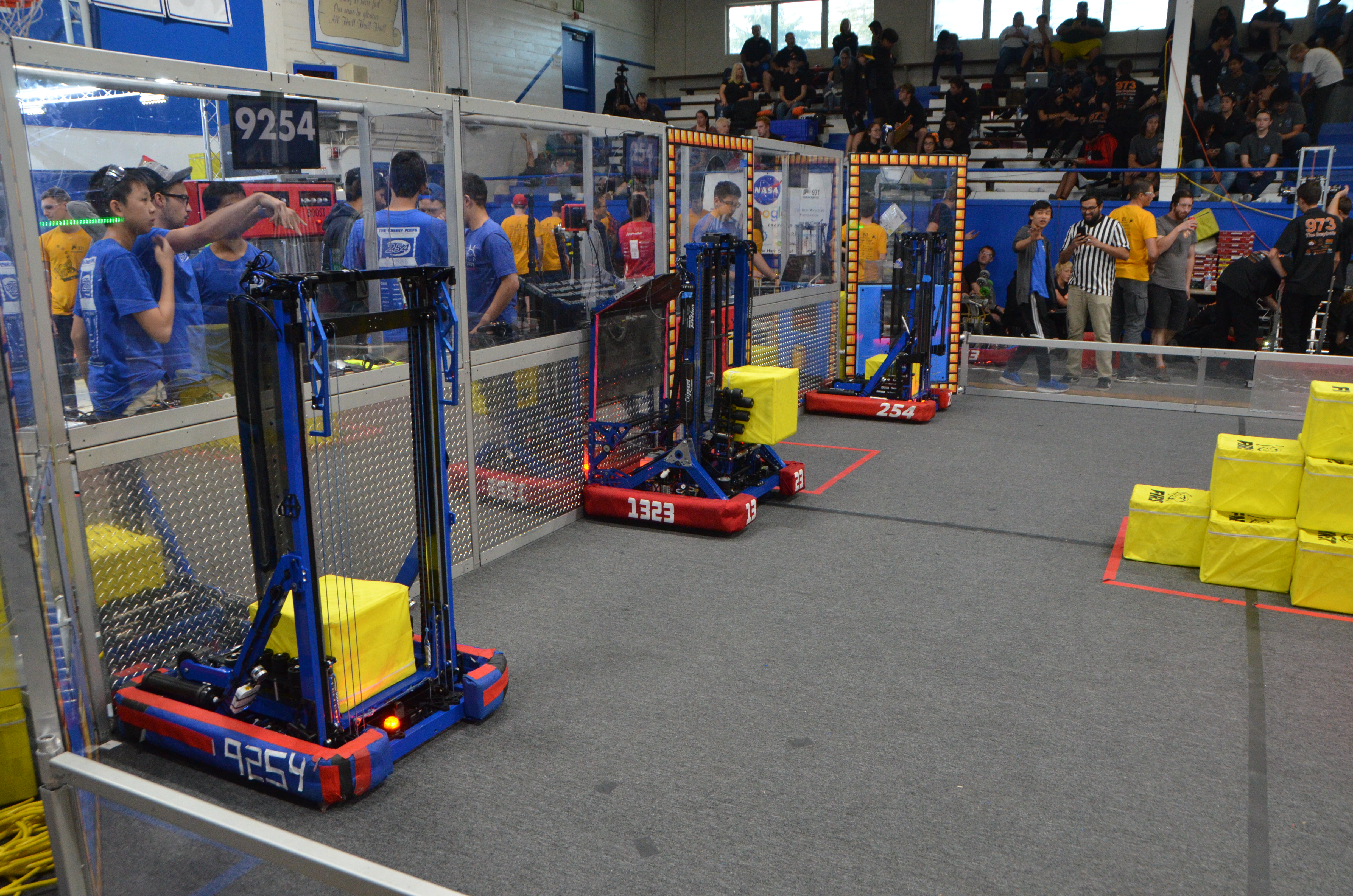 Overall, Madtown Throwdown was a great event for our team. Lockdown, our competition robot, went undefeated 15-0. Our programming robot, was run by an all-freshman pit crew and drive team to ensure that our new members gain a valuable experience before the 2019 FRC Season. The programming robot had a great qualifications match record and was lucky to join Lockdown in an alliance at the tournament. We also had a swerve robot, which we worked on all summer, with a 3-person pit crew, which finished 2nd to last place in the tournament. With rotating pit crews and drive teams, all team members were able to gain some valuable technical experience at the tournament. 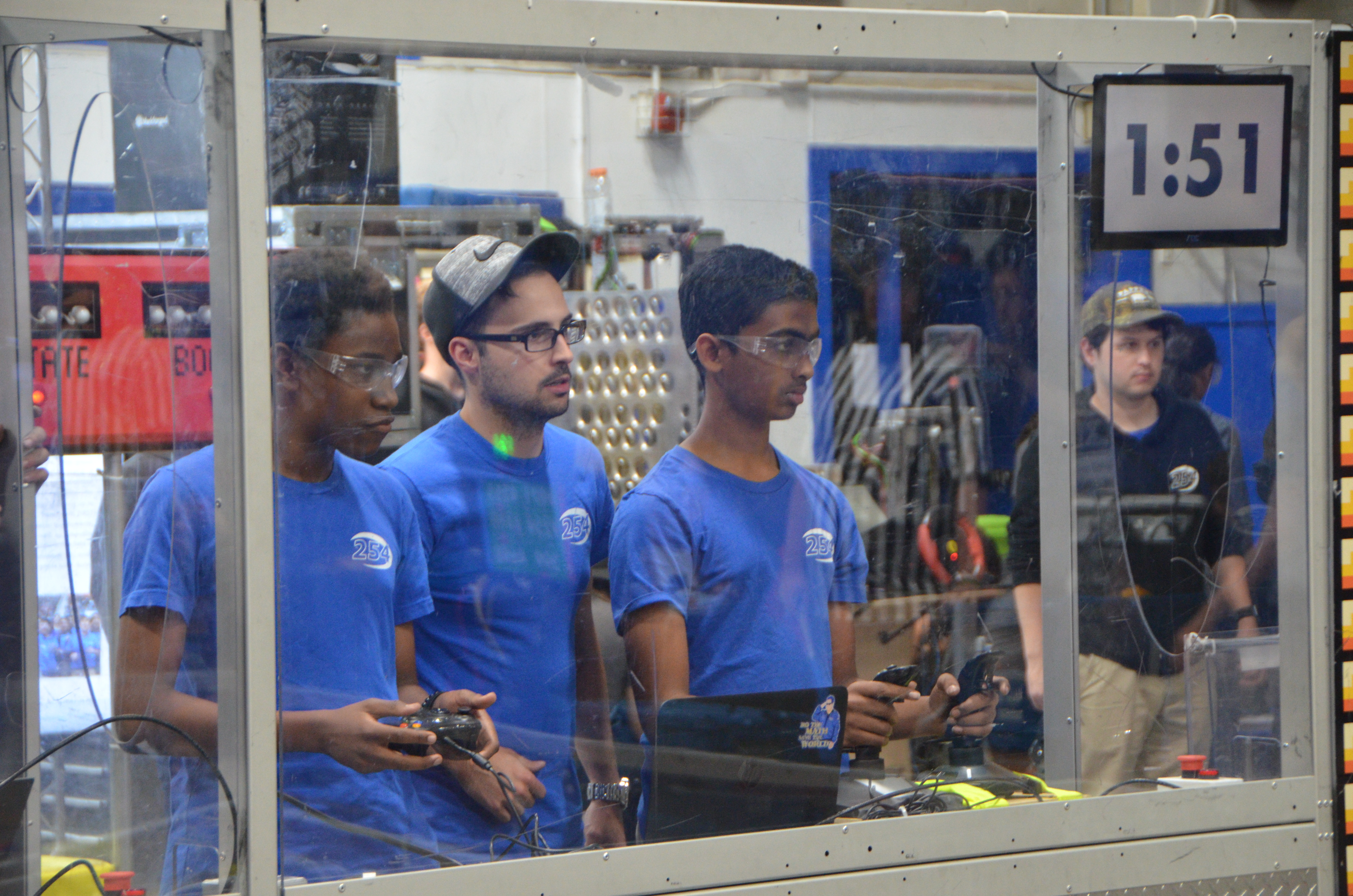 During qualification matches, we aimed to earn all 4 ranking points. In order to to reach this goal, we had to run our switch autonomous program. We also fought to achieve scale dominance as early as possible during the match to allow for time to shore up our own switch/exchange, attack the opposing alliance’s switch, and hang at the end of the match. We generally went for the scale first and peeled off to either our own switch or the opposing alliance’s switch whenever needed.
During alliance selection, we partnered with Team 1323 Madtown Robotics, their offseason robot (9323), and our own programming robot (9254). During the elimination matches, we worked with Team 1323 and ran our dual autonomous program to gain dominance over the scale, while ensuring ownership of our switch as well. Lockdown and 1323’s competition robot focused on scale ownership, and 1323’s competition robot would fall back for defense whenever necessary. When we had a headstart on the scale, Lockdown would attack the opponent switch, as seen during quarterfinals and semifinals. 1323’s competition robot hung at the end of the match, but we did not pursue a buddy climb since the other two robots were unable to climb onto our forks.

During the qualification matches, our programming robot played a supportive role and generally tried to get a few cubes scored in its switch, scale, and exchange. However, during the elimination matches, our programming robot functioned as a switch/exchange robot to ensure that we had enough cubes to use the levitate powerup. We also chose to defend robots from the opposing alliance when given the opportunity.

During the qualifications matches, our summer project robot functioned as a switch/exchange robot to defend our own switch and make sure there were cubes in our vault. Sometimes, we would also attack our opponent’s switch. Unfortunately, our swerve robot was not chosen during the elimination period. 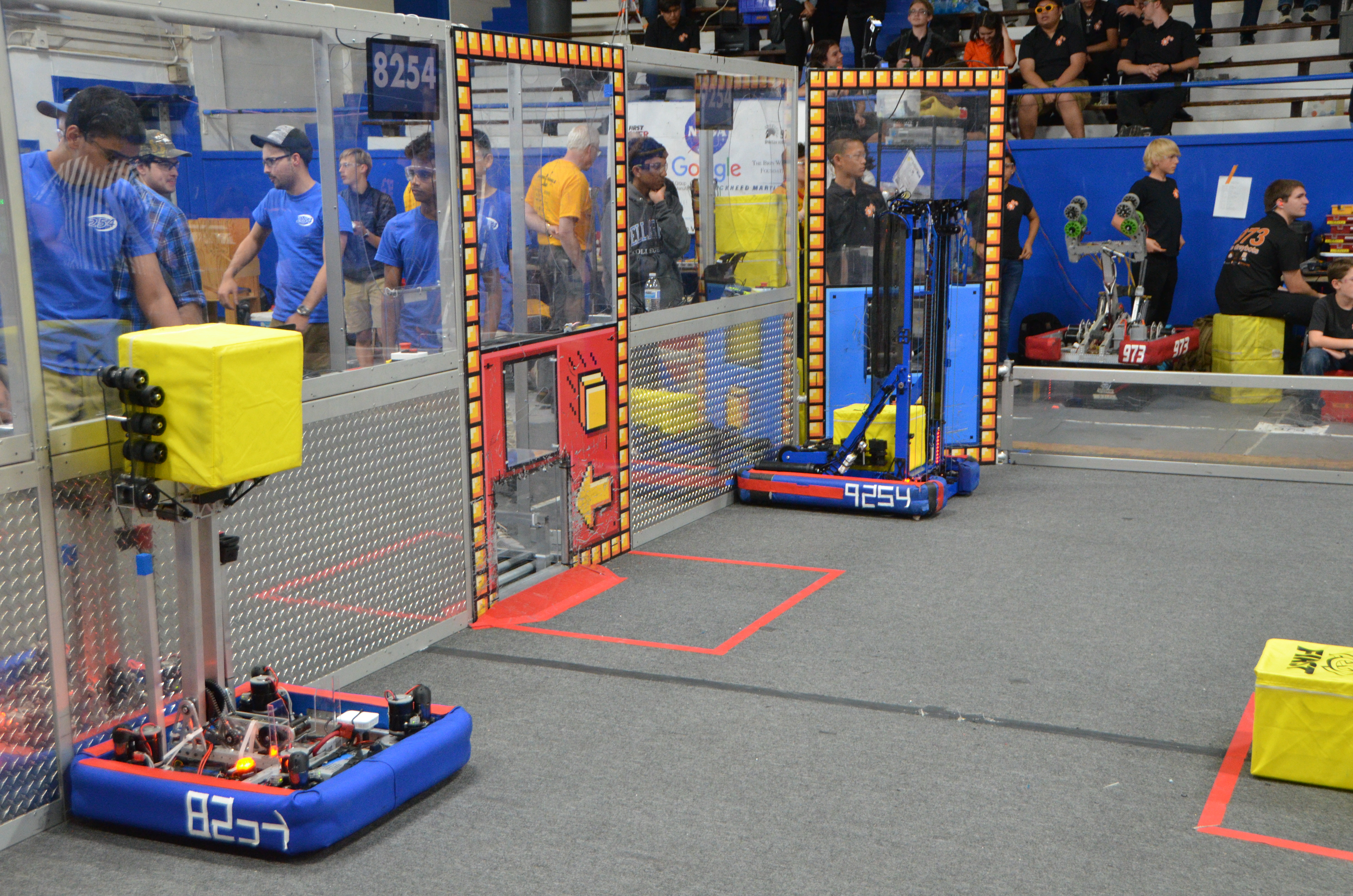 Since this was Team 254’s third time attending Madtown Throwdown, we would like to say thank you to Team 1323 (Madtown Robotics) for hosting the tournament and making us feel welcome! 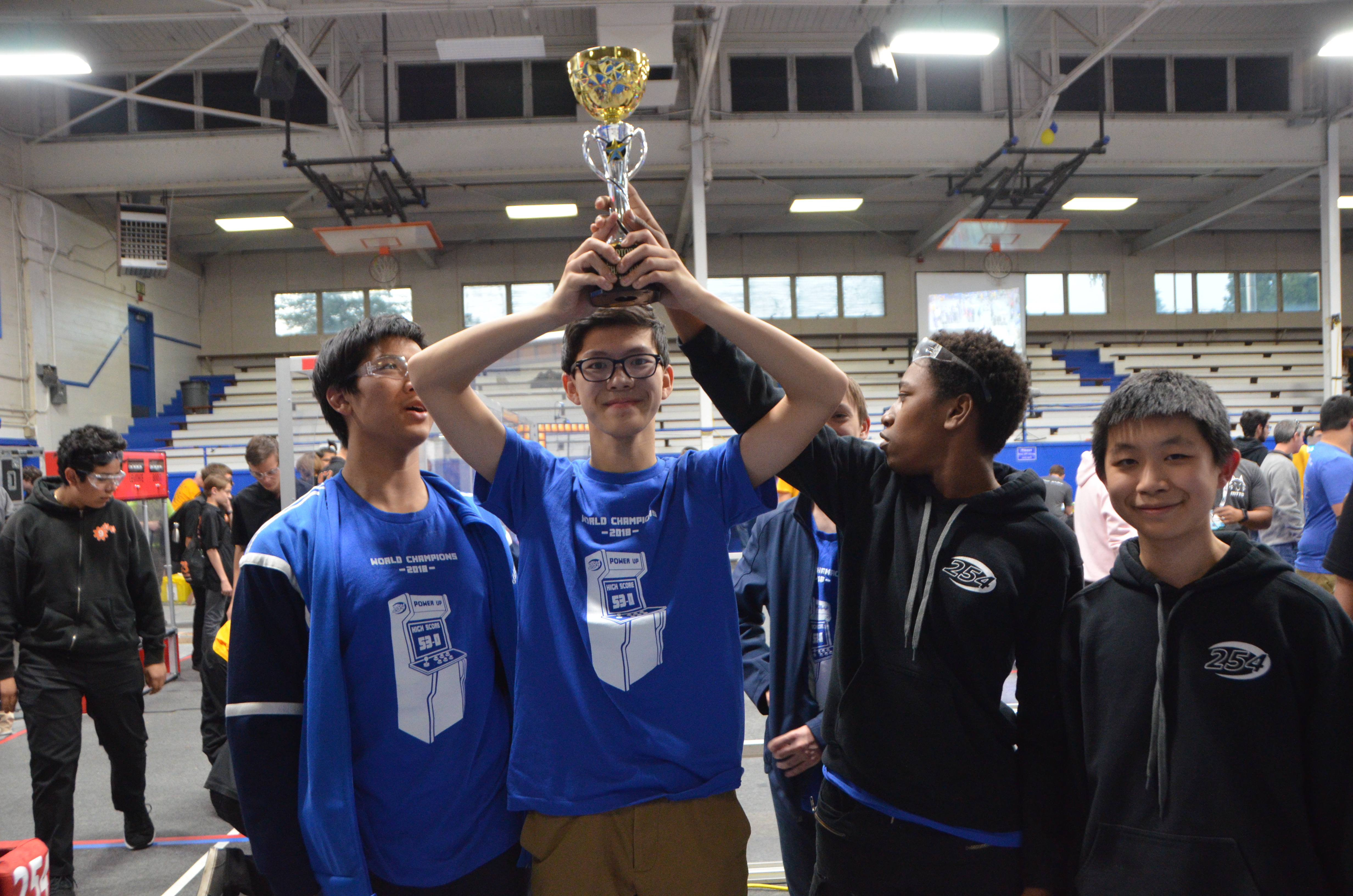 Some new members on Team 254 celebrate the team’s victory