As part of an eventful weekend, we attended the 2019 San Francisco Regional, in San Jose, CA. We had a great time at our first tournament of the FIRST Destination: Deep Space Season with our robot, Backlash. We won the Innovation In Control Award sponsored by Rockwell Automation for our code. Alongside FRC Team 971 Spartan Robotics and FRC Team 5700 SOTA Cyberdragons, we were able to win the tournament, earning another Blue Banner! 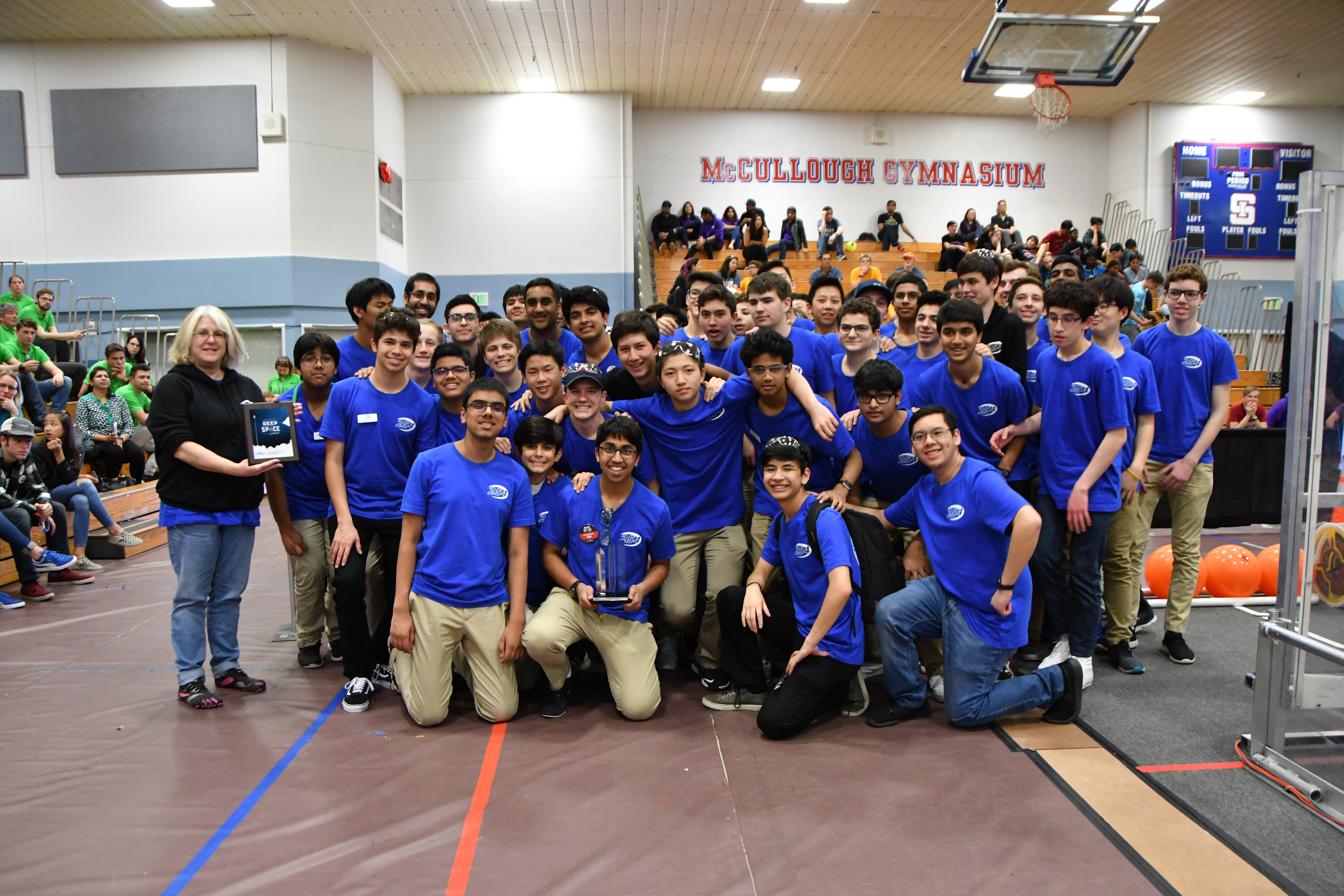 Throughout our qualification matches, we executed a strategy in which our goals were to fill one full rocket for a ranking point and to climb to level 3 of the HAB zone at the end of every match. We encountered consistent defense from most opposing alliances, resulting in our failure to fill in a rocket in a few matches. We also tried to maximize scoring cargo balls since it was the tiebreaker metric when it came to matches in which each alliance earned the same number of ranking points. We also maximized the amount of cargo balls scored during qualification matches since cargo balls are worth more in point value than hatch disks. We ended up with a record of 10-1-1 during the qualification match period. 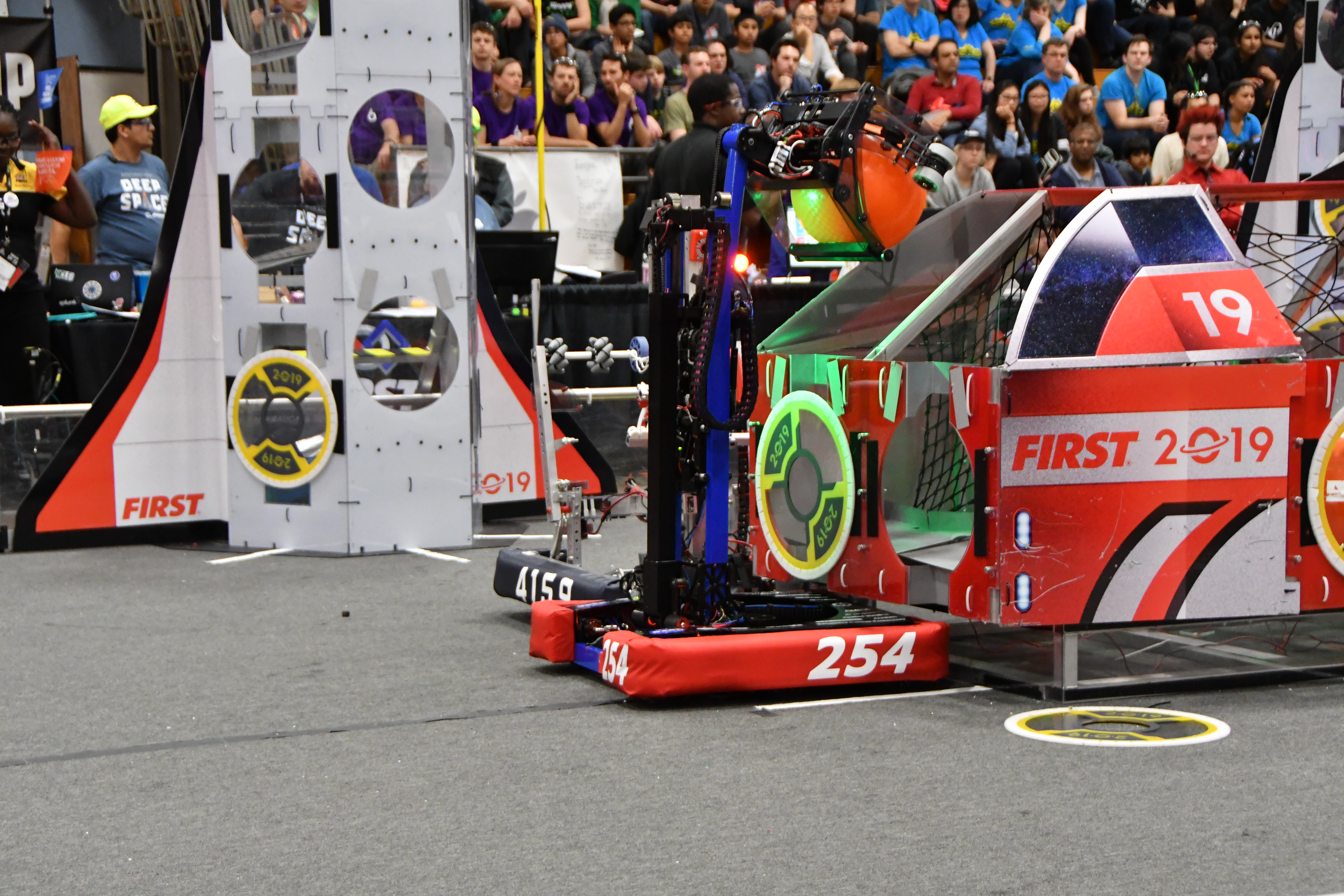 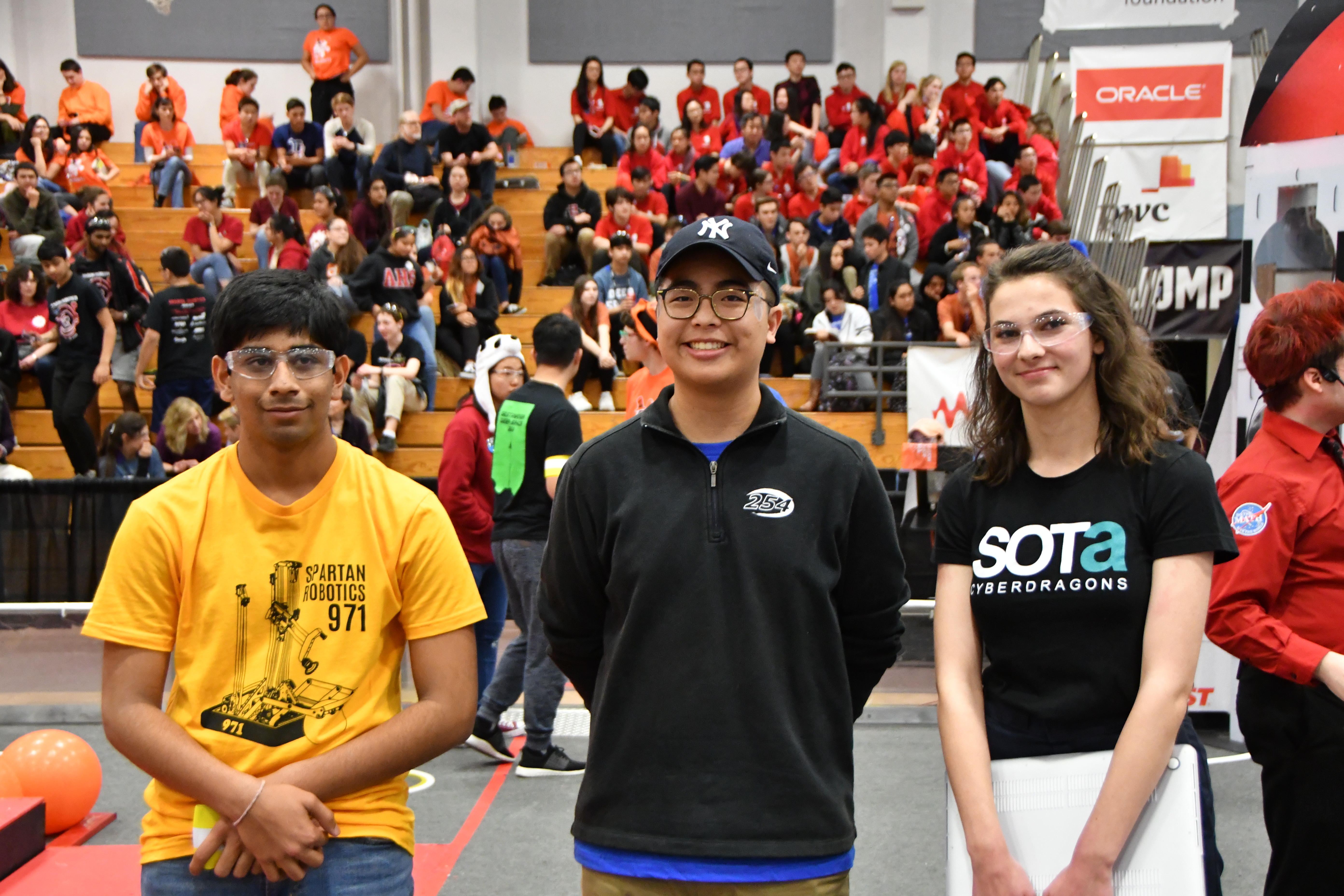 Team 254 representative, Brandon Chuang, stands with Team 5700 as we join Team 971 in an alliance

Going into the elimination period, we were excited to join an alliance with FRC Team 971 Spartan Robotics and FRC Team 5700 SOTA Cyberdragons.

Our main goal was to draw defense away from Team 971’s robot, allowing Team 971 to focus on scoring cargo balls. This strategy gave us the opportunity to score more points, since filling up the rocket did not give our alliance an advantage during the elimination period. Though we focused on distracting defense from the opposing alliance, we scored a few hatches for extra points. By scoring hatches on the rocket, we also opened up more options for Team 971 to score cargo balls. If we encountered particularly hard defense, we always had the option of scoring a hatch on level 1 of the rocket and getting around the defense later. This strategy allowed us to continuously have a lead during the match. In endgame, we climbed to either level 2 or level 3 of the HAB. Whenever we chose to execute a double climb, both our robot and Team 971’s robot climbed to level 3 of the HAB. During single climbs, Team 971 focused on level 3 of the HAB while we focused on climbing to level 2 of the HAB. 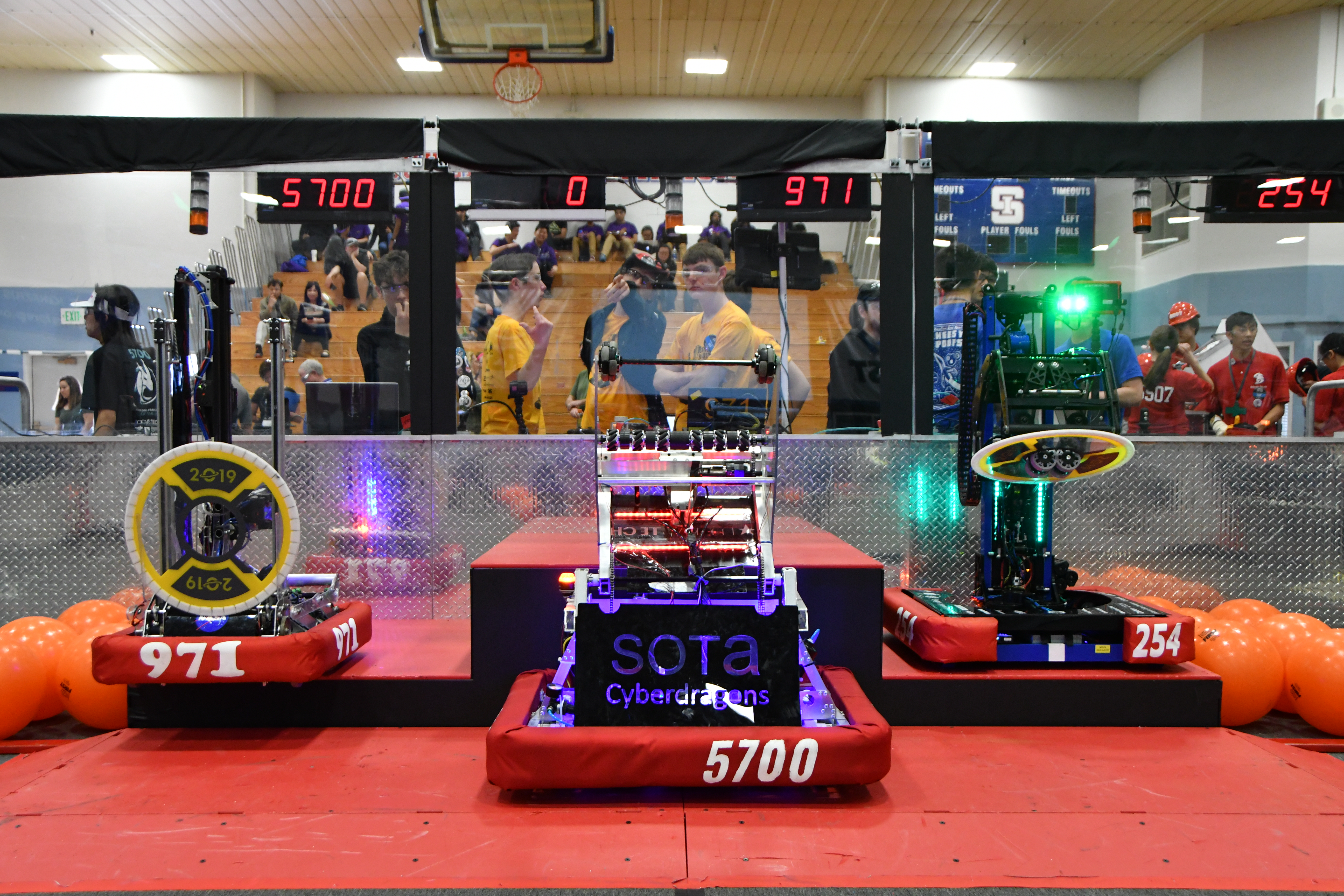 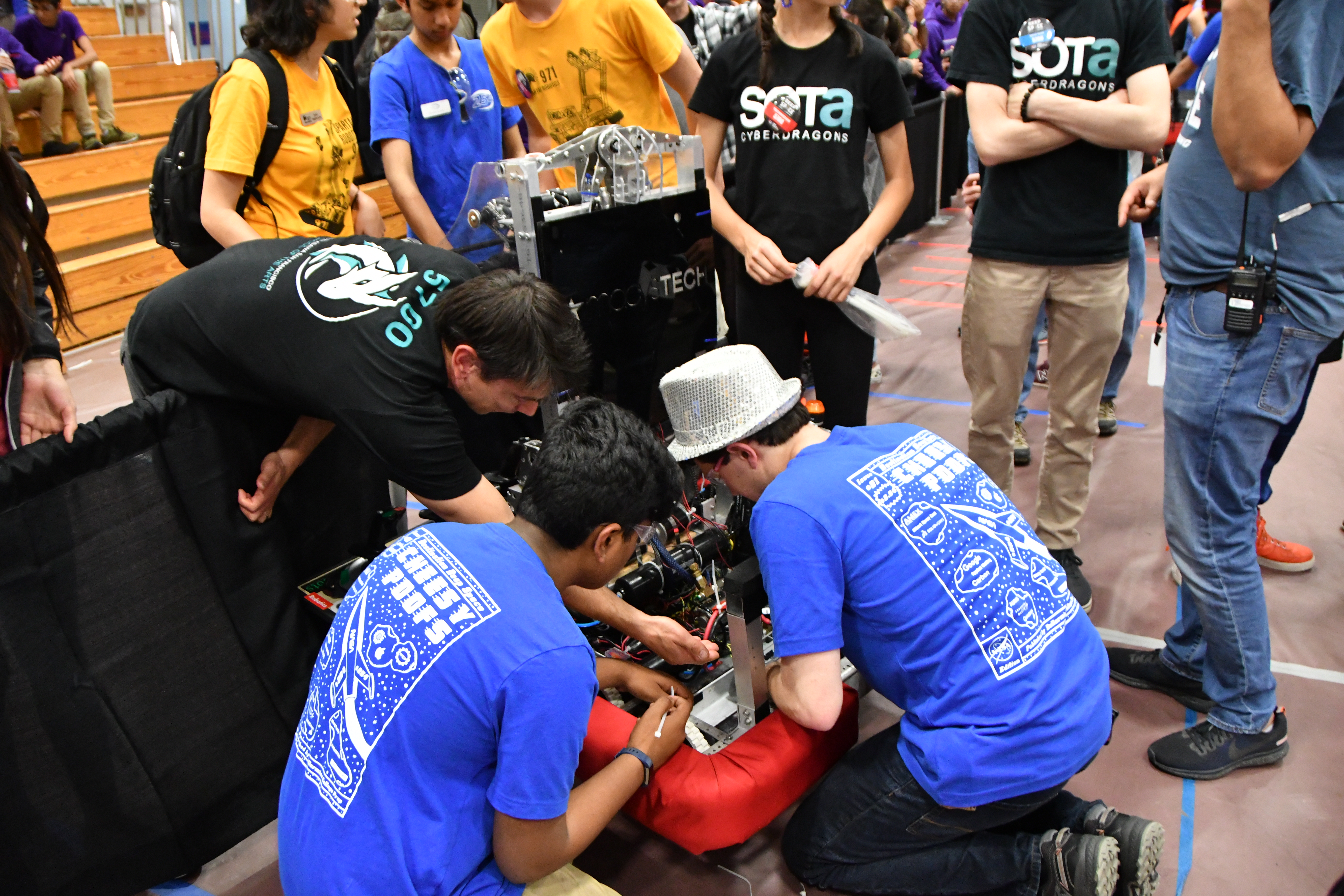 At the San Francisco Regional, we would not have been able to be so successful without the amazing teams that we were able to work with during our qualification and elimination matches. Also a special thanks for our pit crew and drive team for properly maintaining our robot during the tournament. A big thank you to the chairman’s presentation team for handling our team’s Chairman’s Presentation in front of a panel of FIRST Judges. Team 254 would also like to thank all the volunteers and judges that made this tournament an exciting experience, and all of our mentors, teachers, and parents who helped us succeed in this regional. 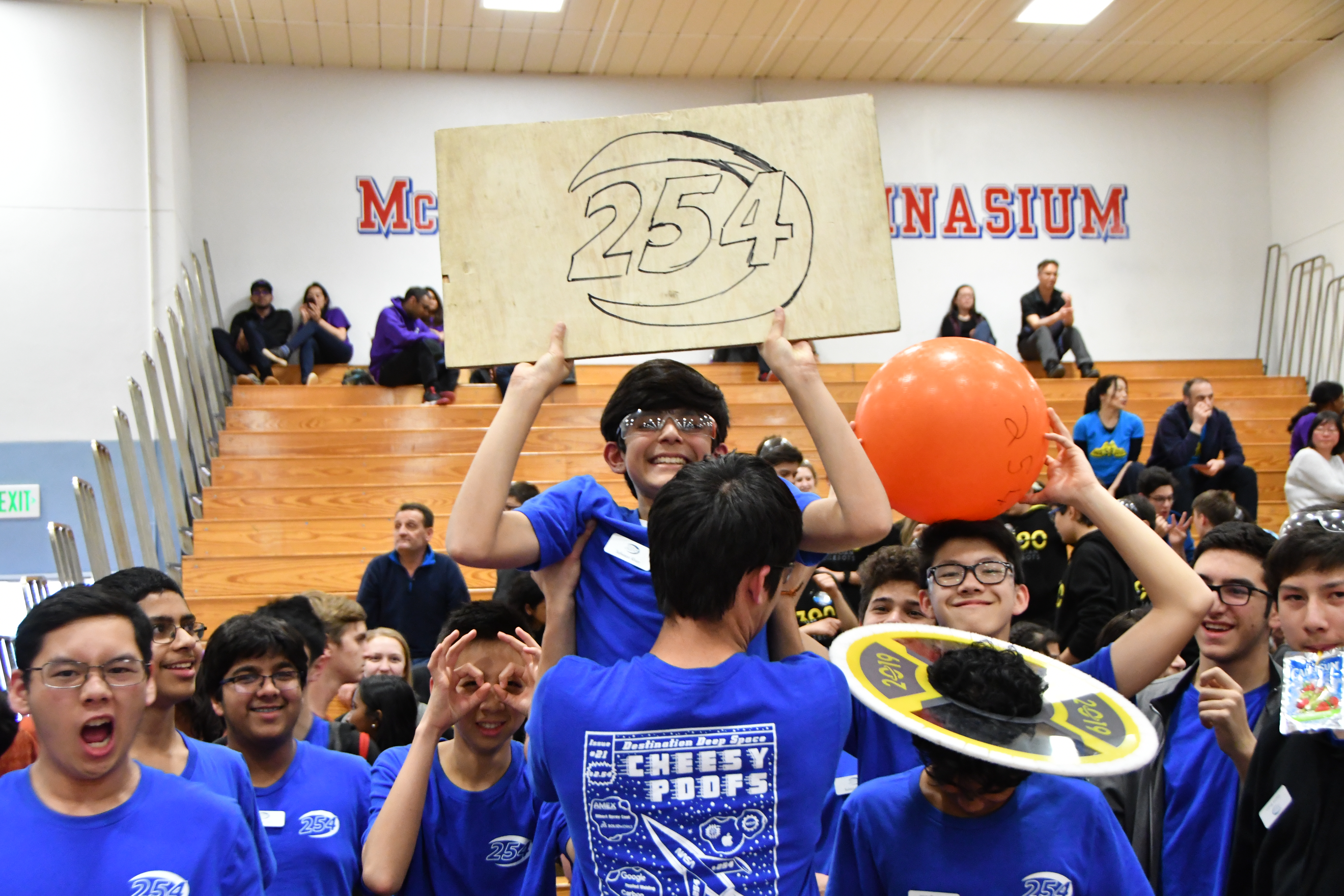 Members of Team 254 cheer enthusiastically after winning a regional 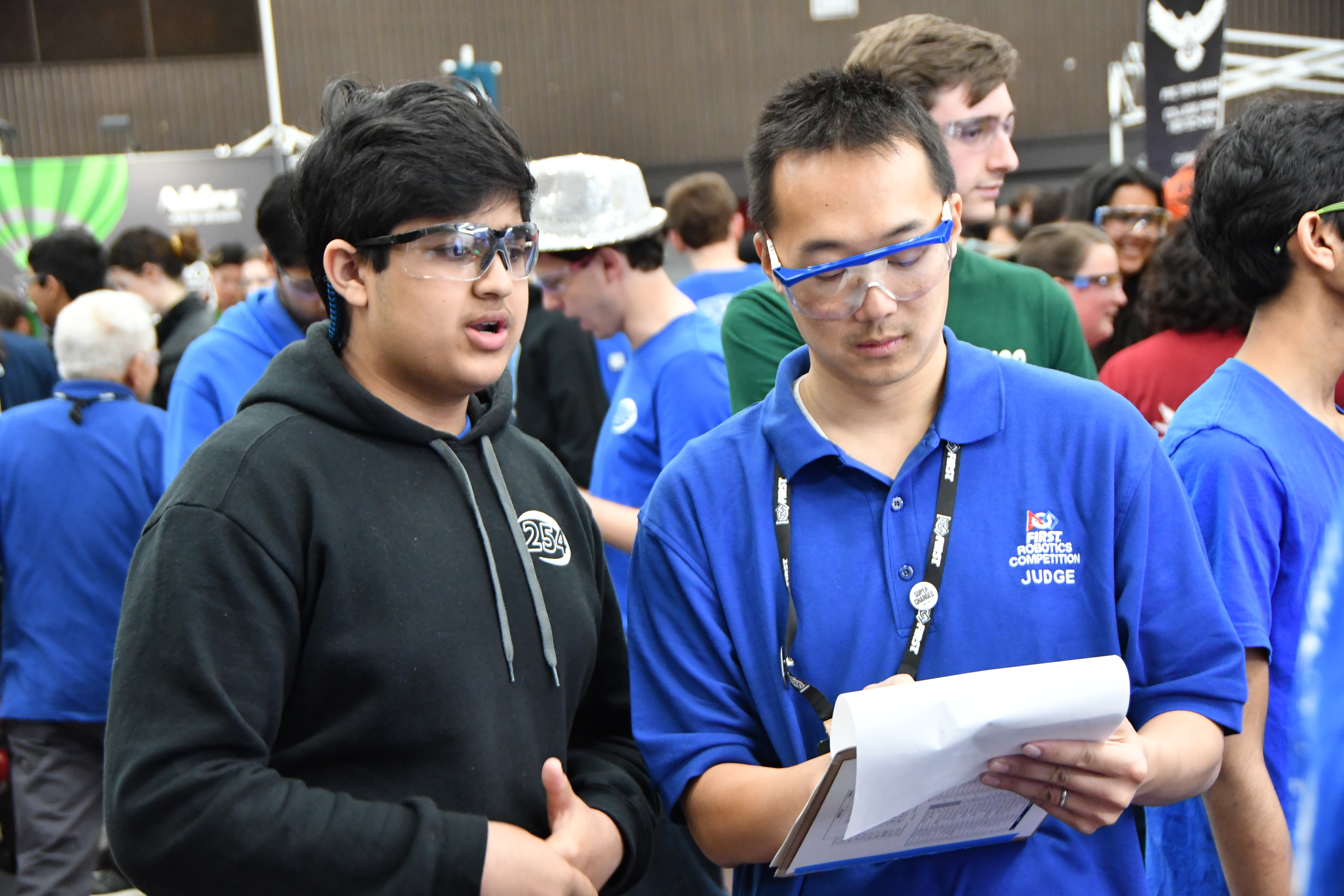