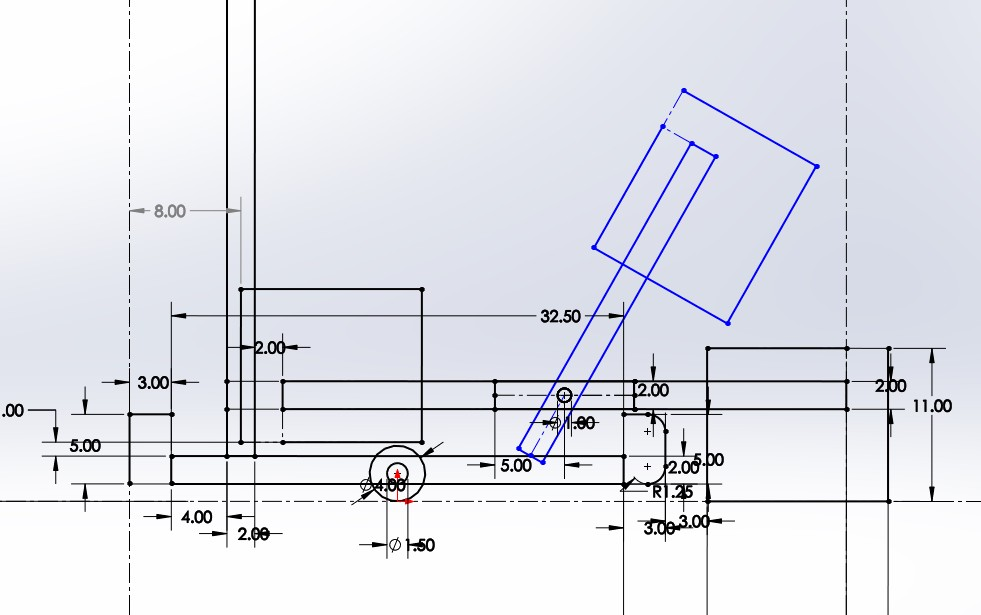 Task: Design a way of attaching the bumper to the drive frame rails