Today, students continued construction of the bumpers. On the pieces of cut Cordura they marked 4 inch by 12 inch boxes onto which 254’s team number will later be embroidered. 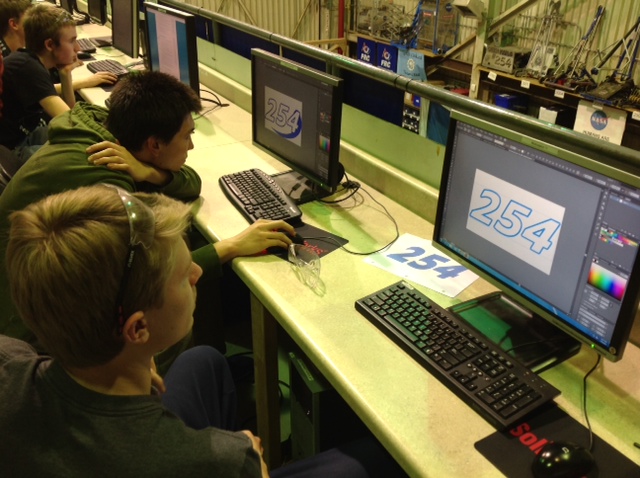 Some students machined two pieces of tubing that will be used to hold up the shooting arm on the robot. These will temporarily be used for testing purposes until pistons will replace them. 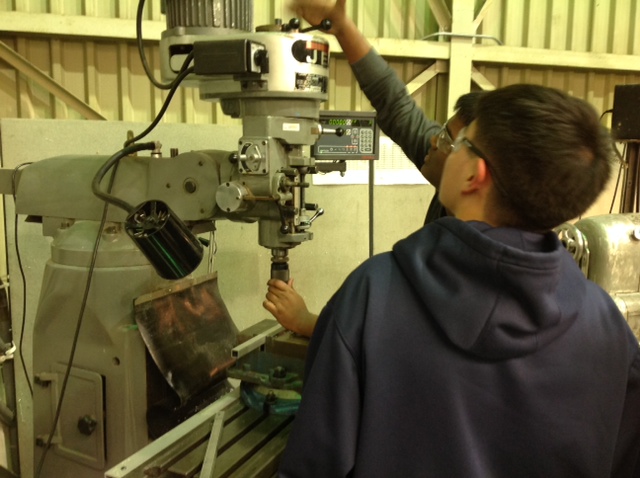 Some students and a mentor worked on the competition robot by attaching and organizing pneumatic tubing on its drive base. Later on, the mentors and a group of students began testing the robot’s shooter and were able to score into the high goal. 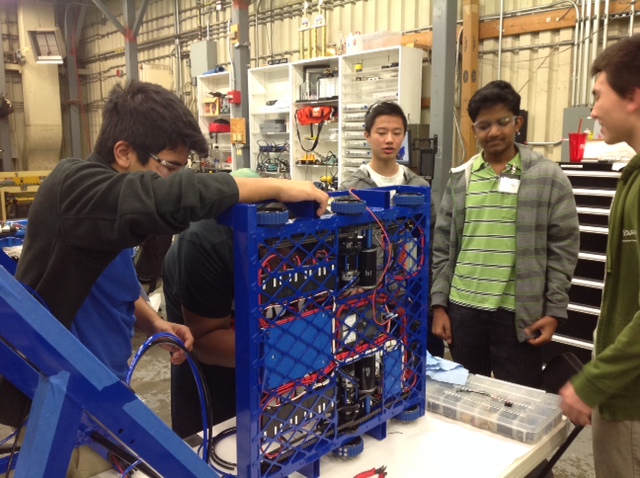 Today a group of students continued writing and editing 254’s submission for the Chairman’s Award. A few other students created a to do list stating what would need to be done to complete the Media and Technology Innovation Award. 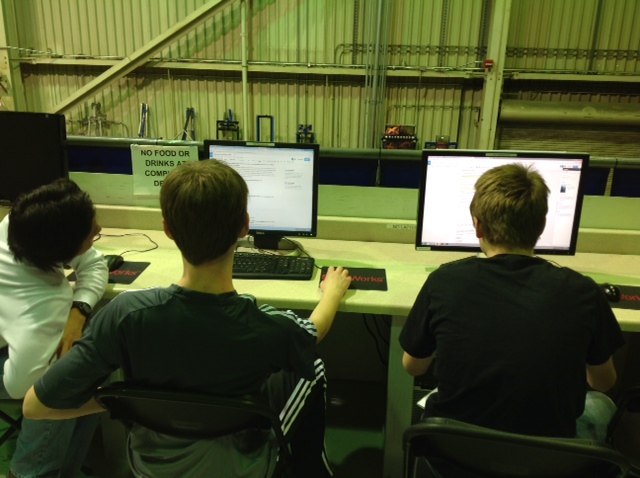