Work began on assembling the field today. We first opened up all of the shipping pallets containing the field elements and laid them out on the field. The assembling crew started with the low goal. They assembled the two blue low goals and then moved onto the blue high goal. They assembled the goal including the overhang to protect the drive station. They then attached the poles on the truss that represent the limits of the field above the truss. The field team also assembled one of the podiums for the ball to rest on behind the driver station. A few people attached another stabilizing to the base of the polycarb at the end of the truss. 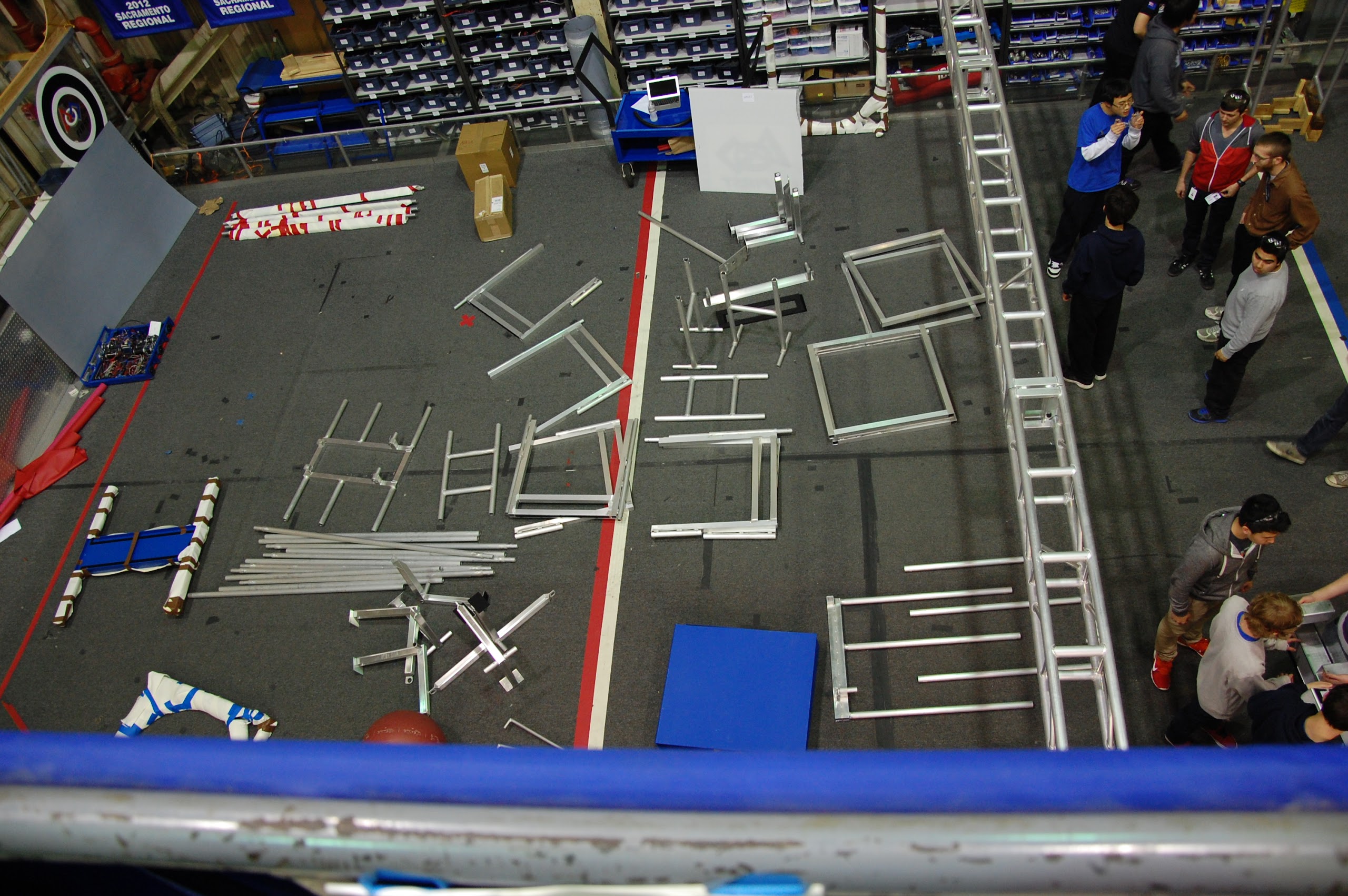 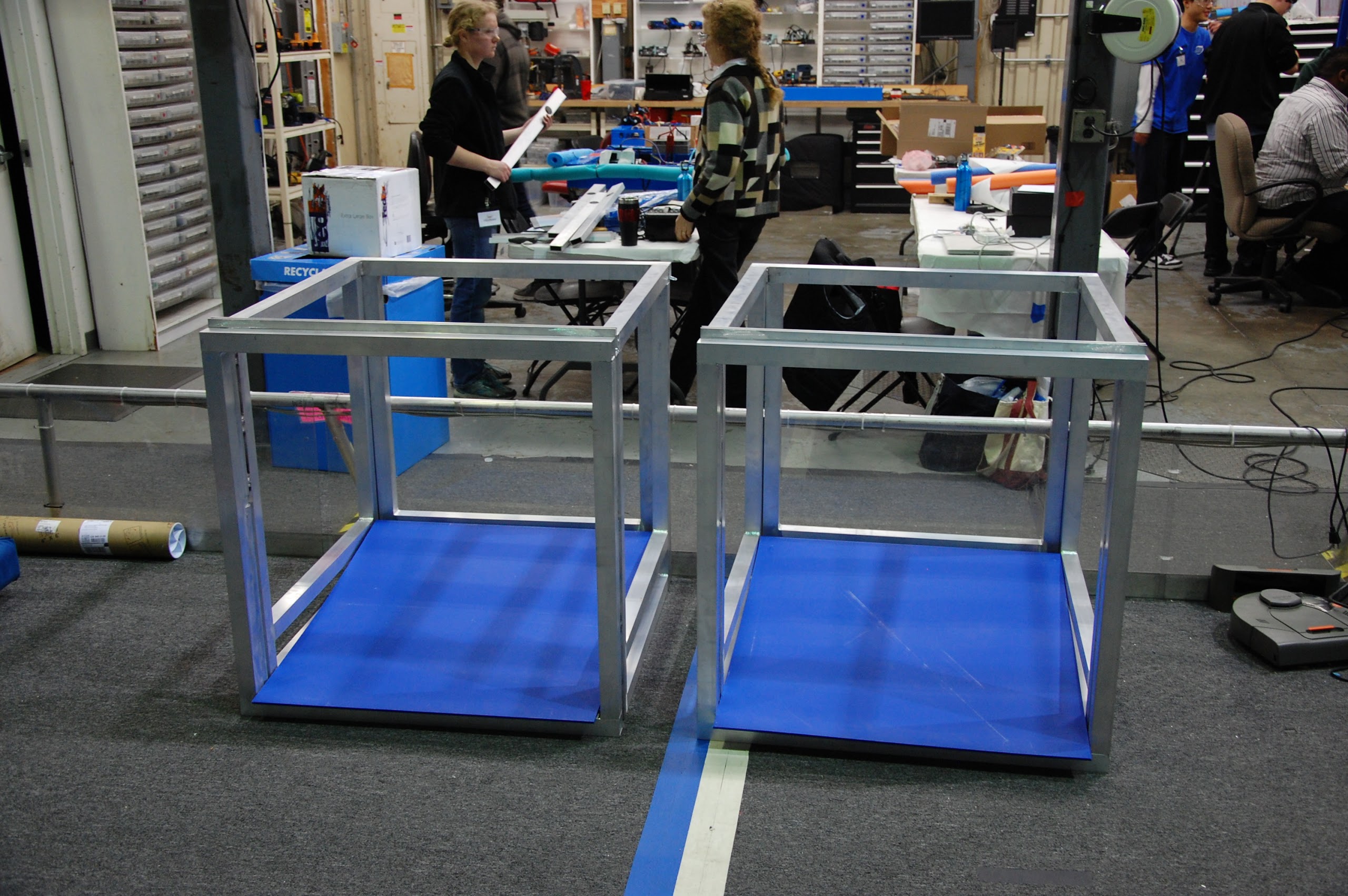 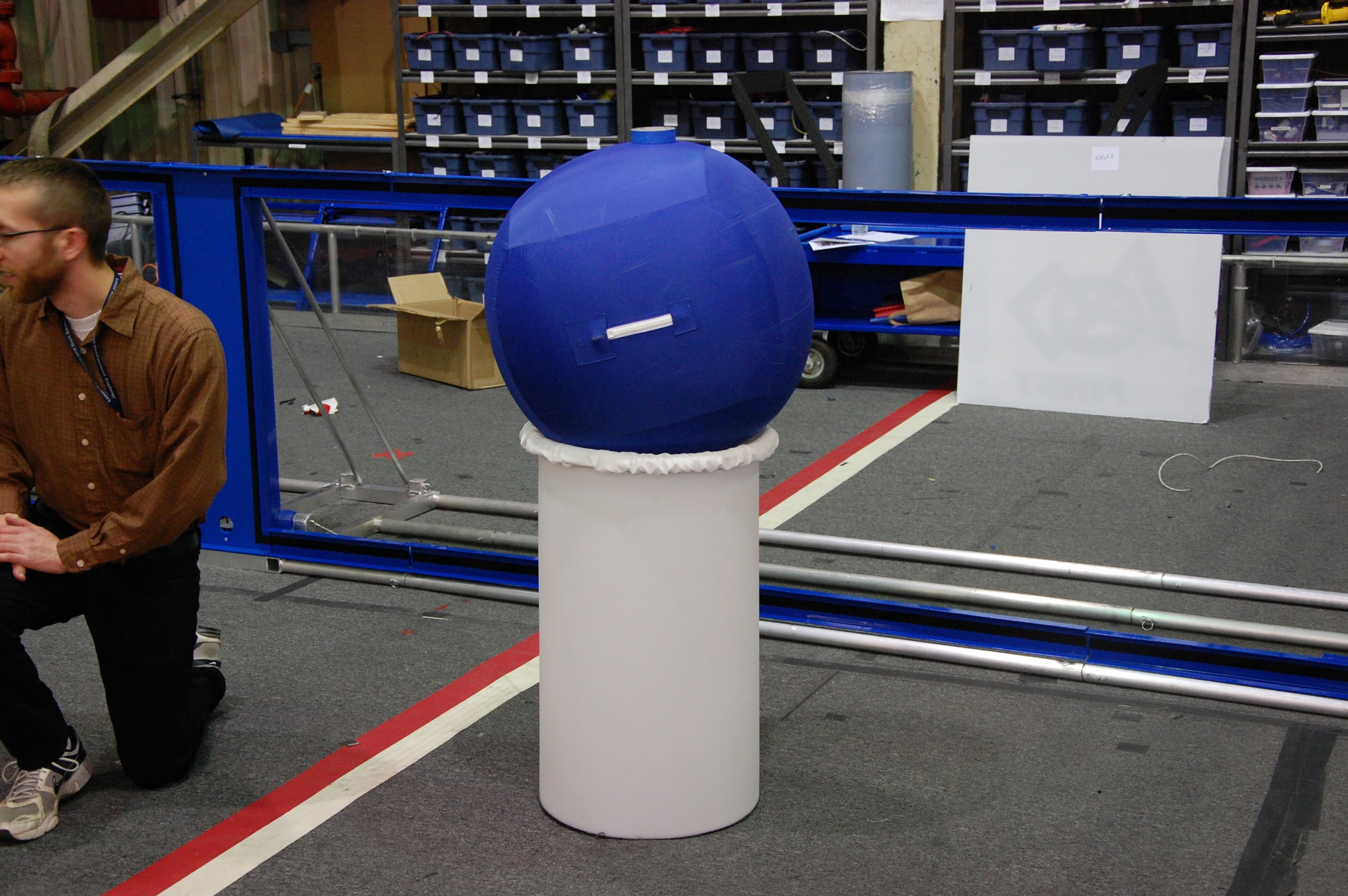 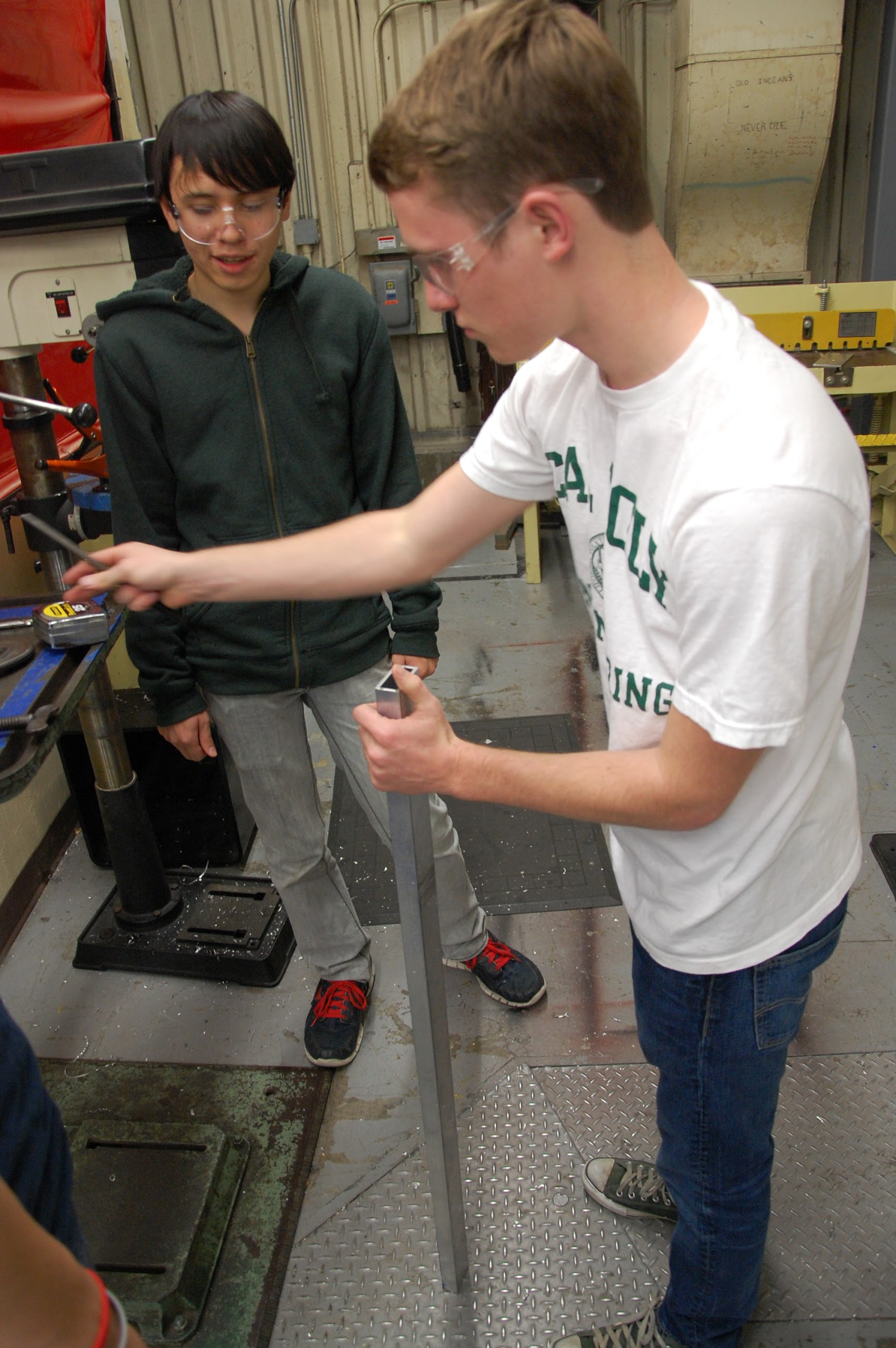 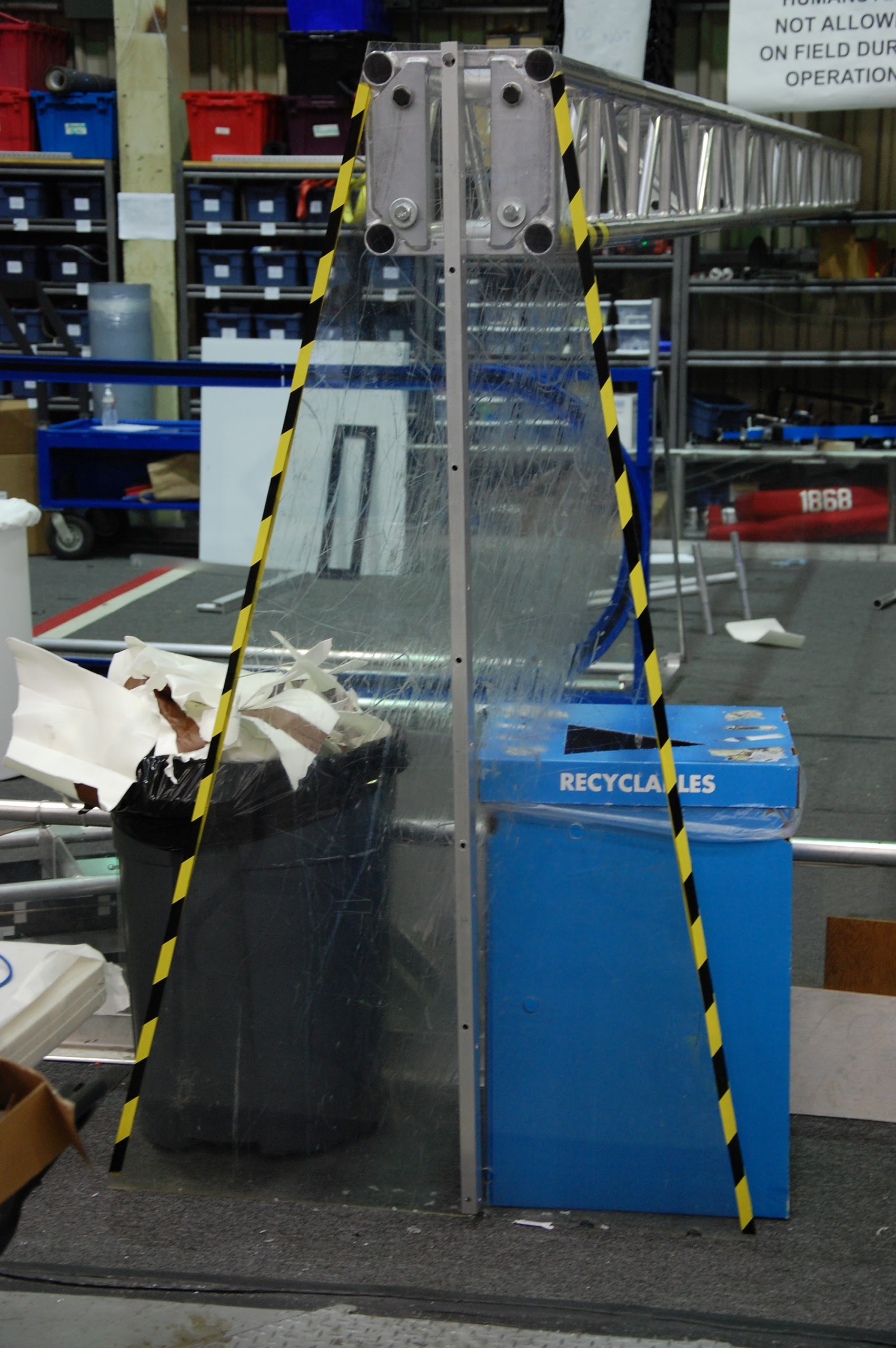 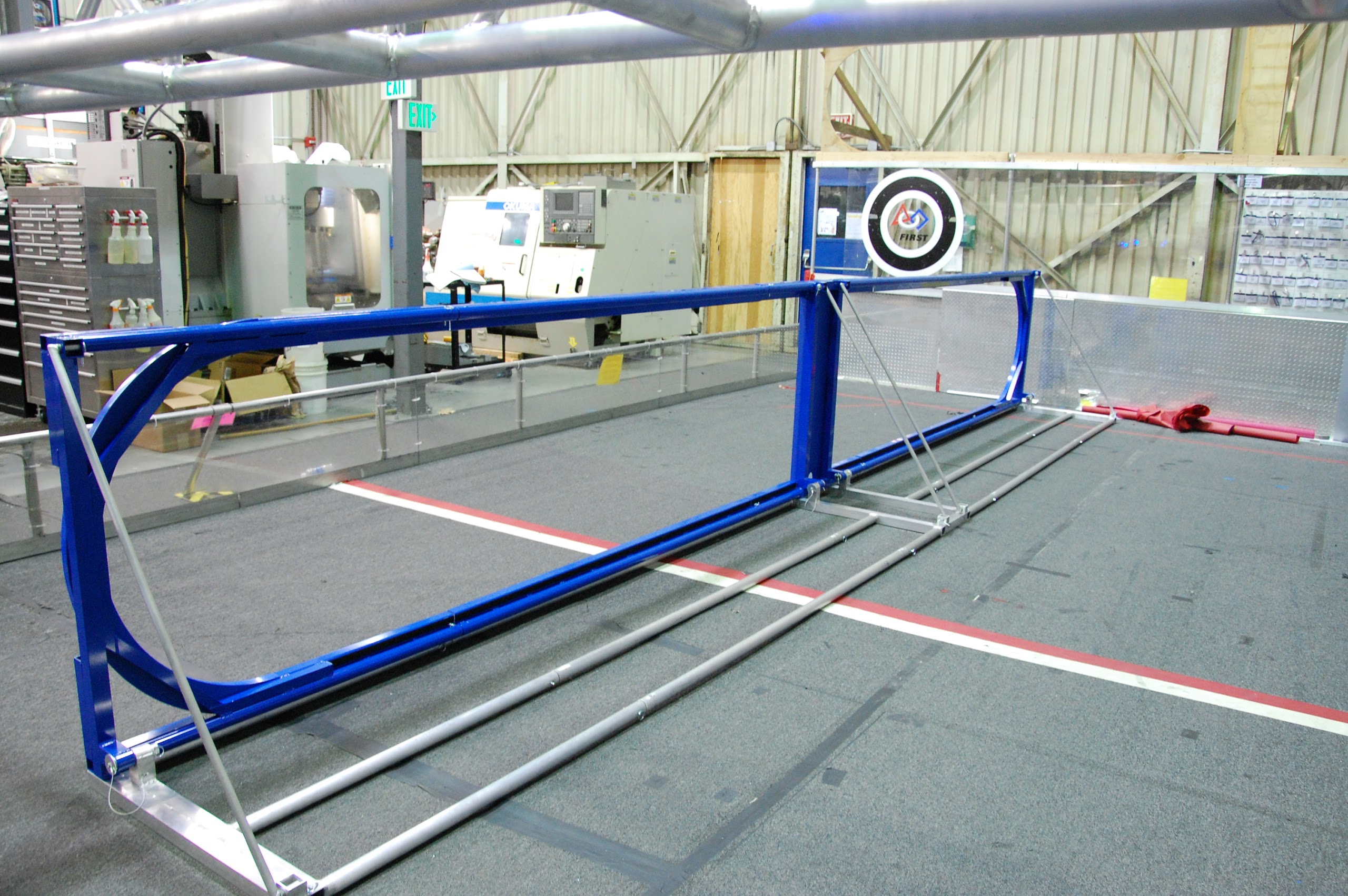 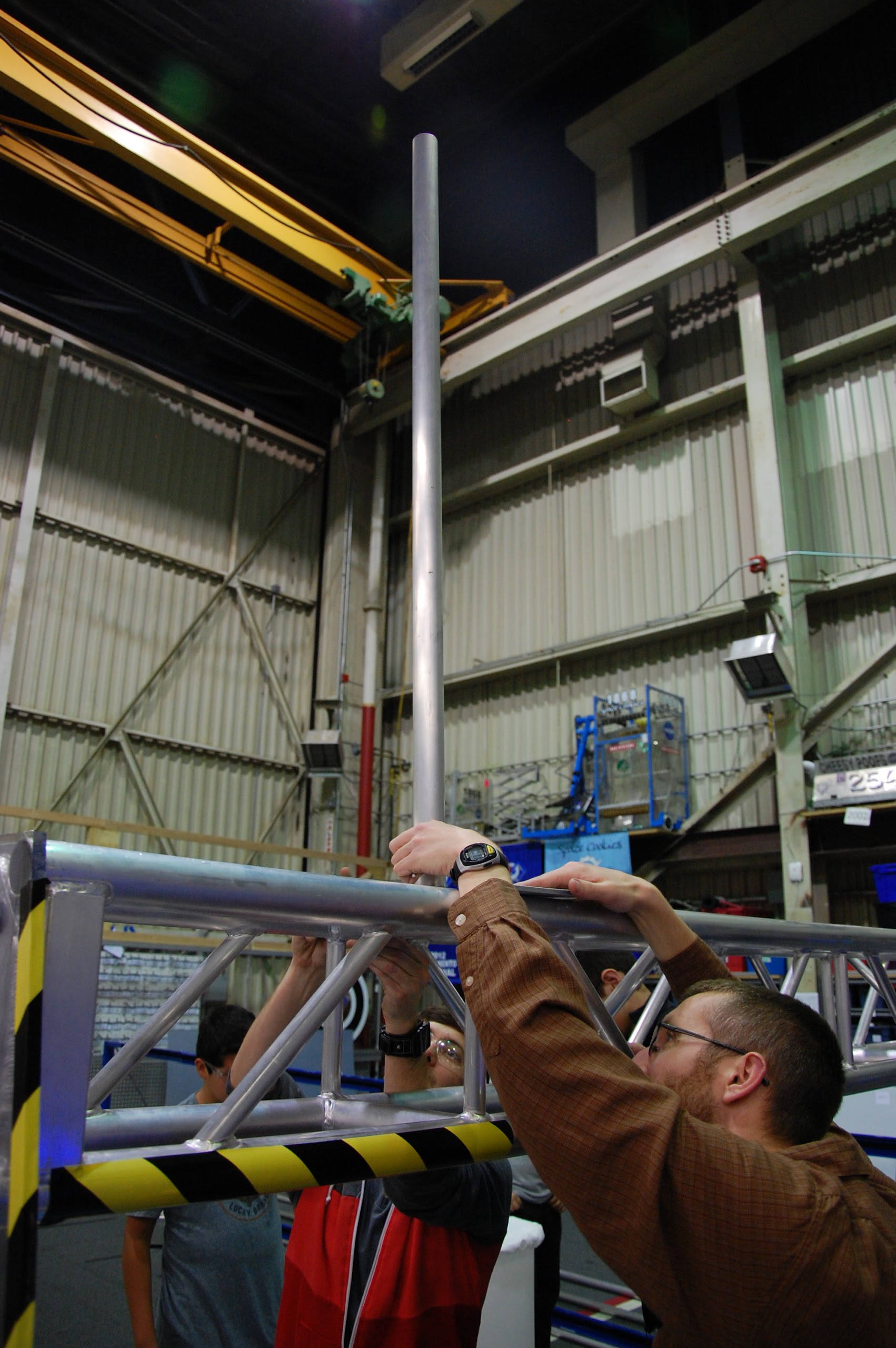 The wiring team, lead by EJ and Mani, wired the banebot motors that drive the intakes as well as the encoders attached to them. They also wired the VEX button sensors that keep the ball stationary in the intakes. For driving and testing purposes, they wired a single pneumatic tank to the comp robot. 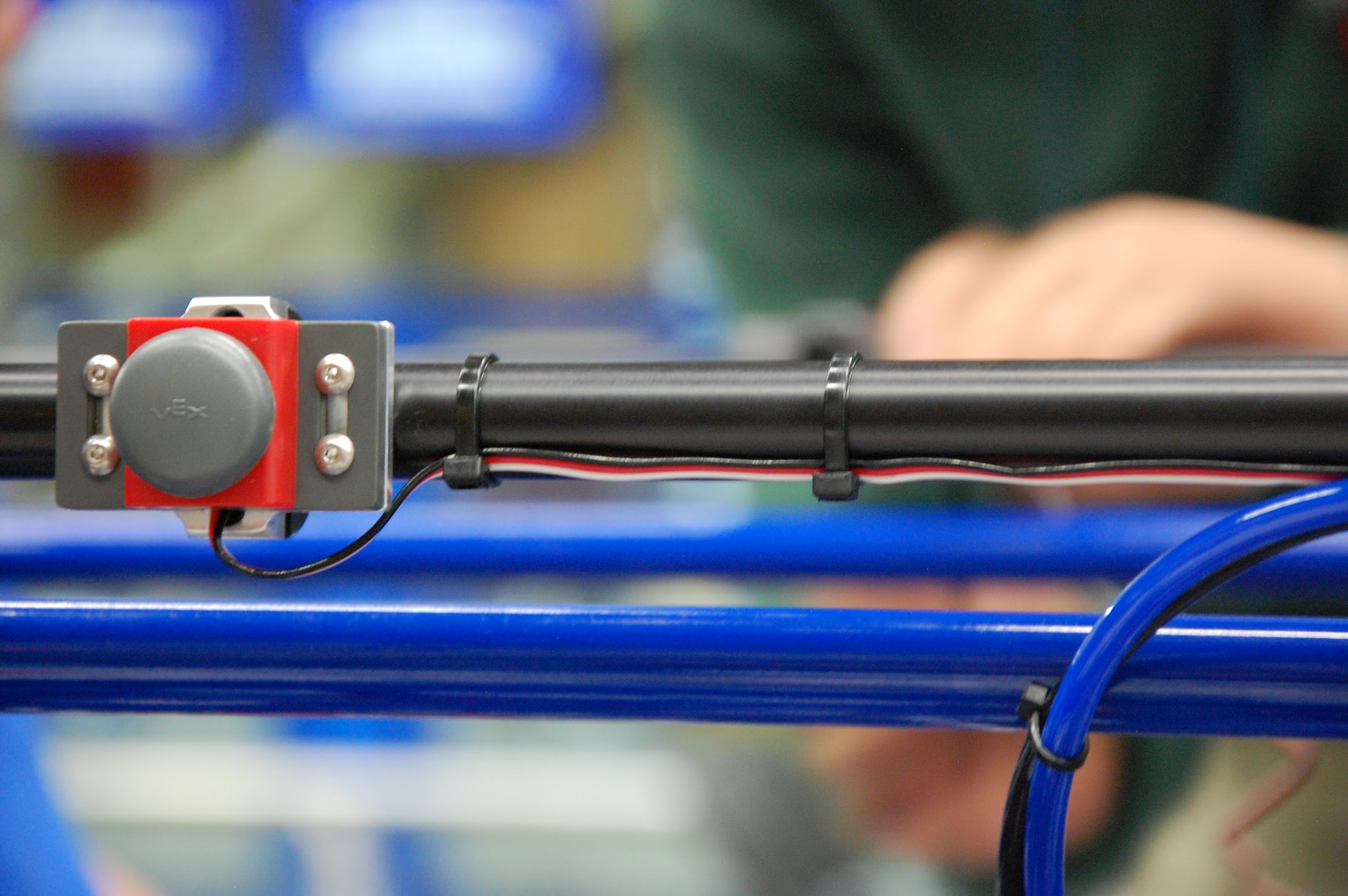 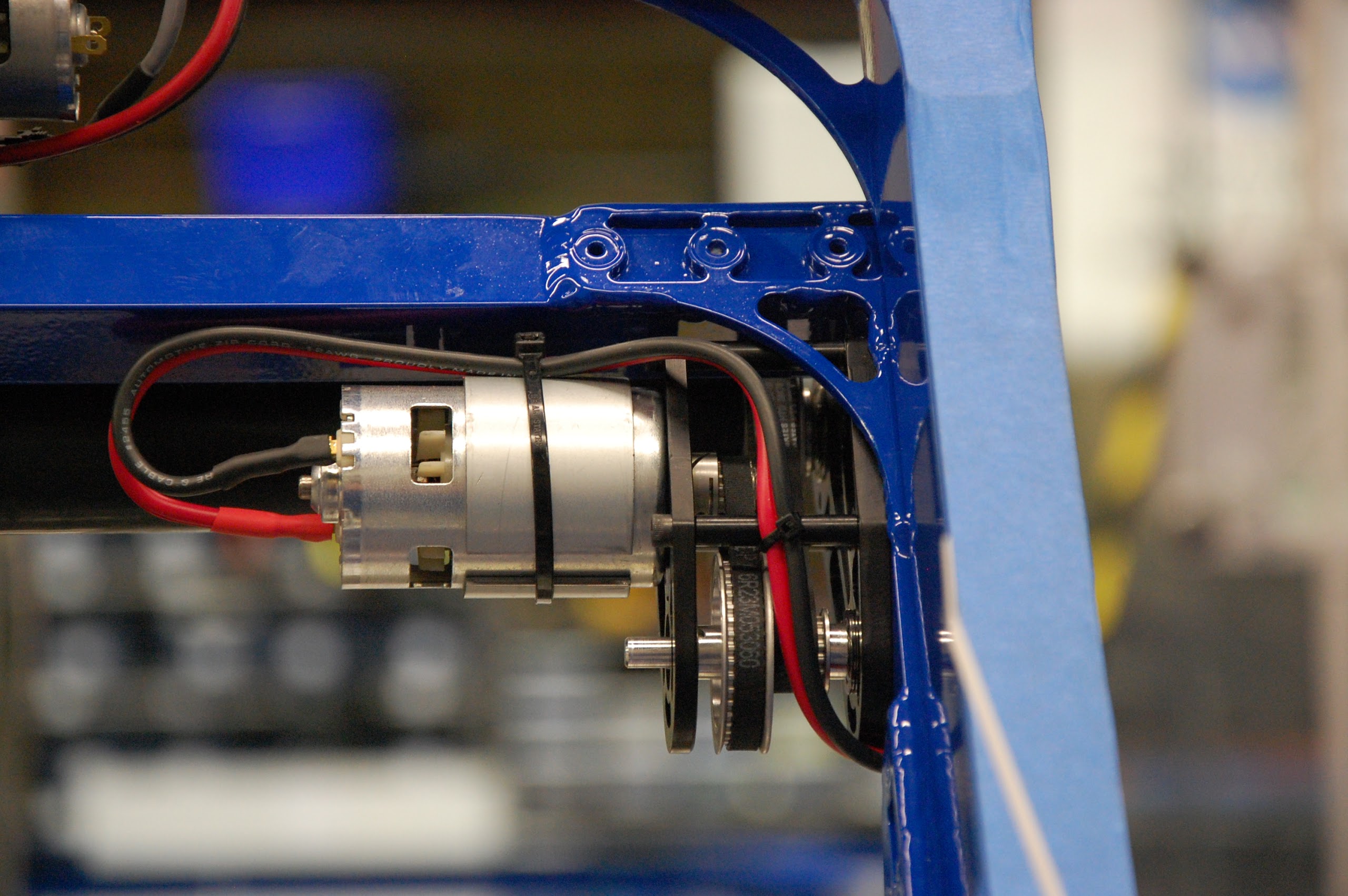 The bumpers were successful attached to the practice robot to allow the robot to be driven around and tested. 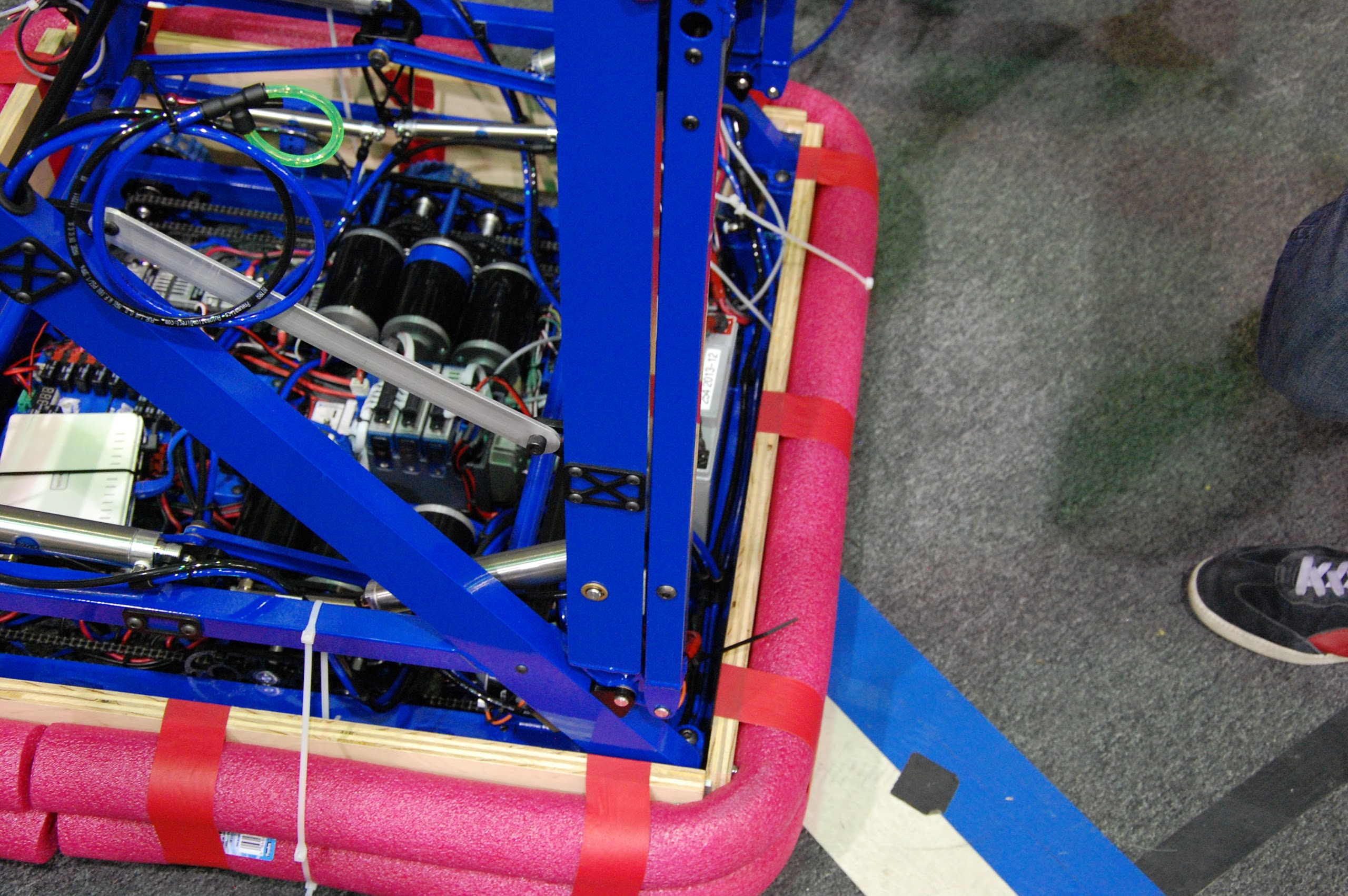 The programmers fixed and calibrated the encoders on the drive base

Travis made some minor changes to the bumpers in the CAD 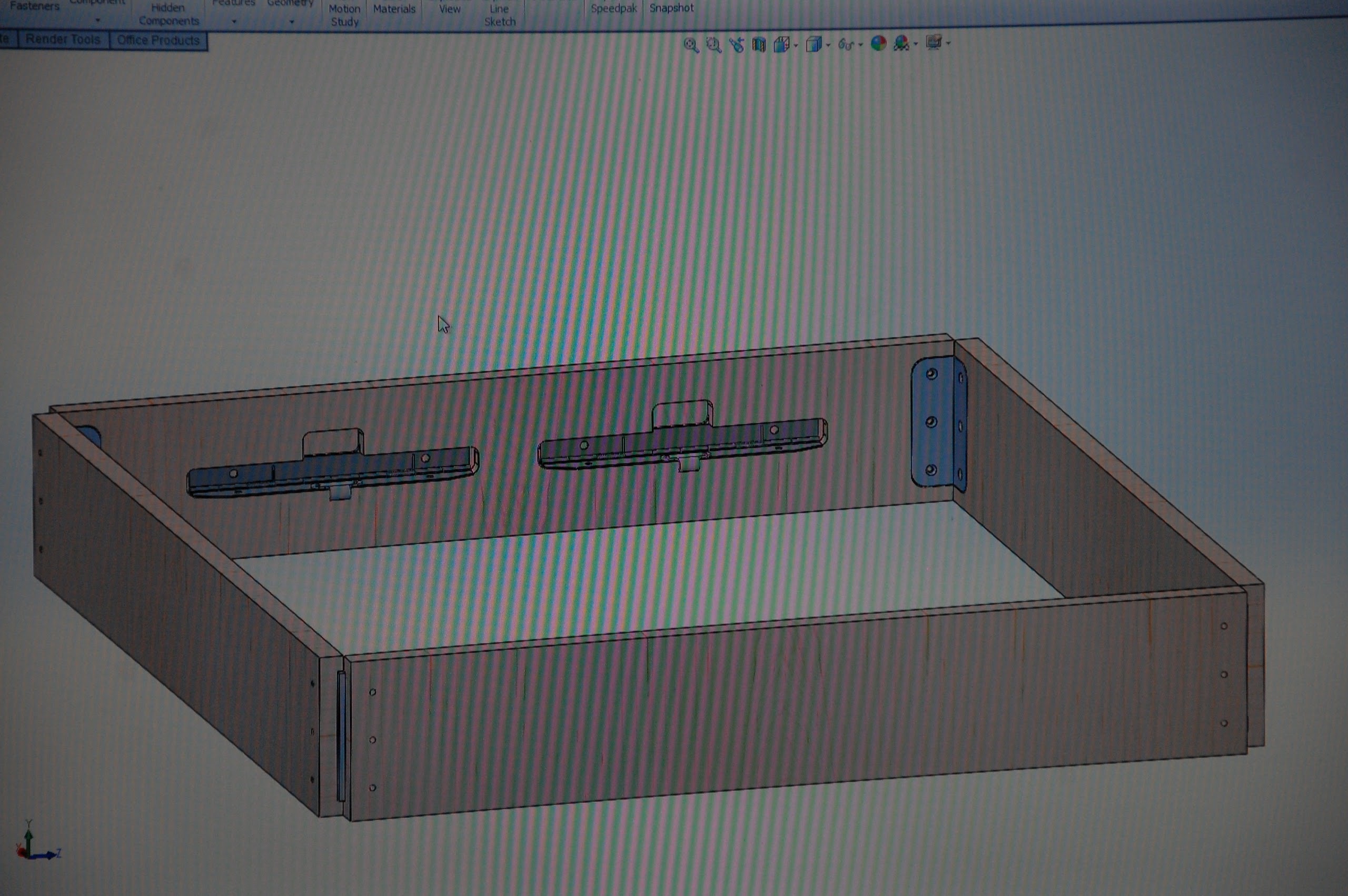 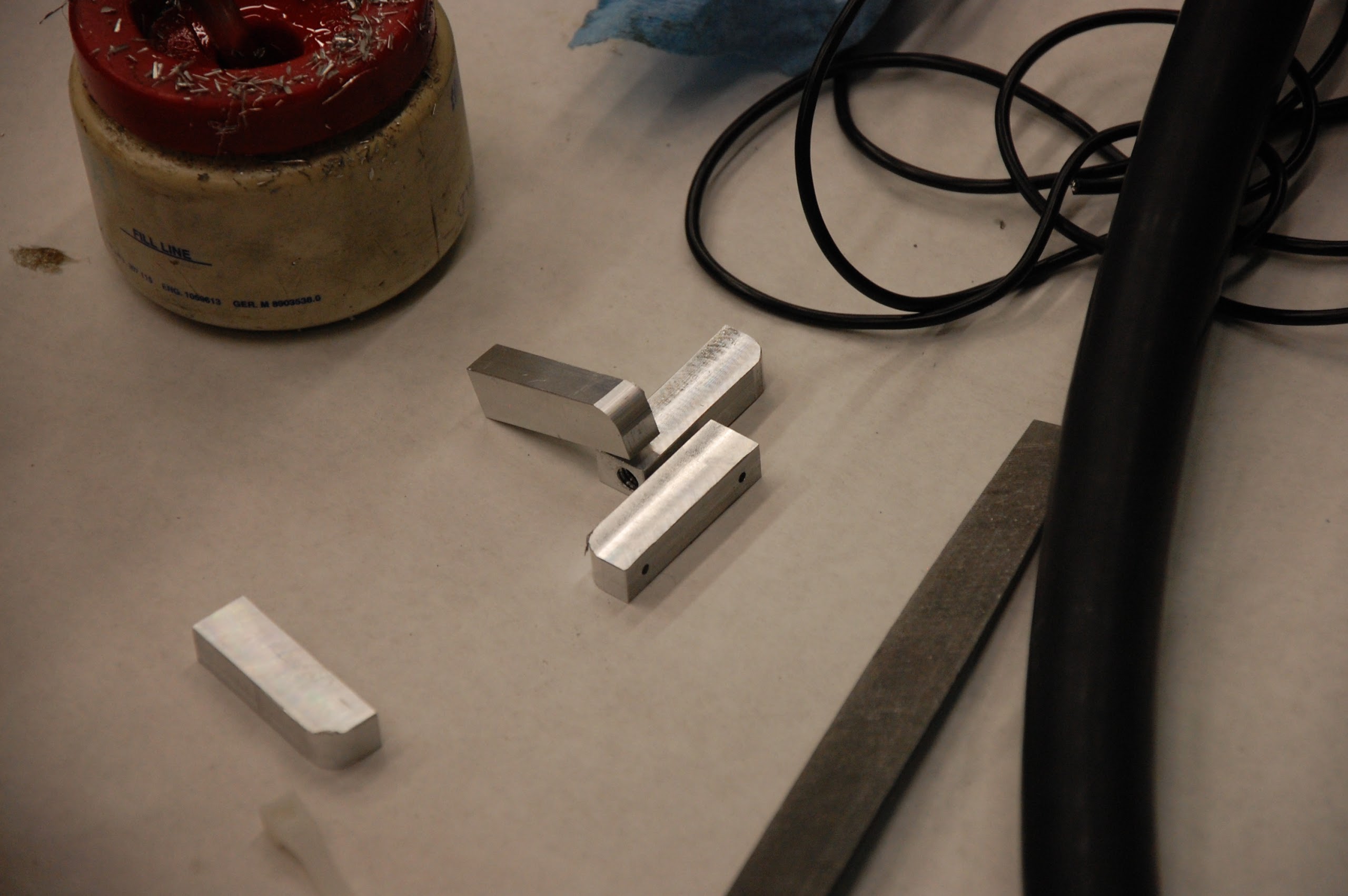 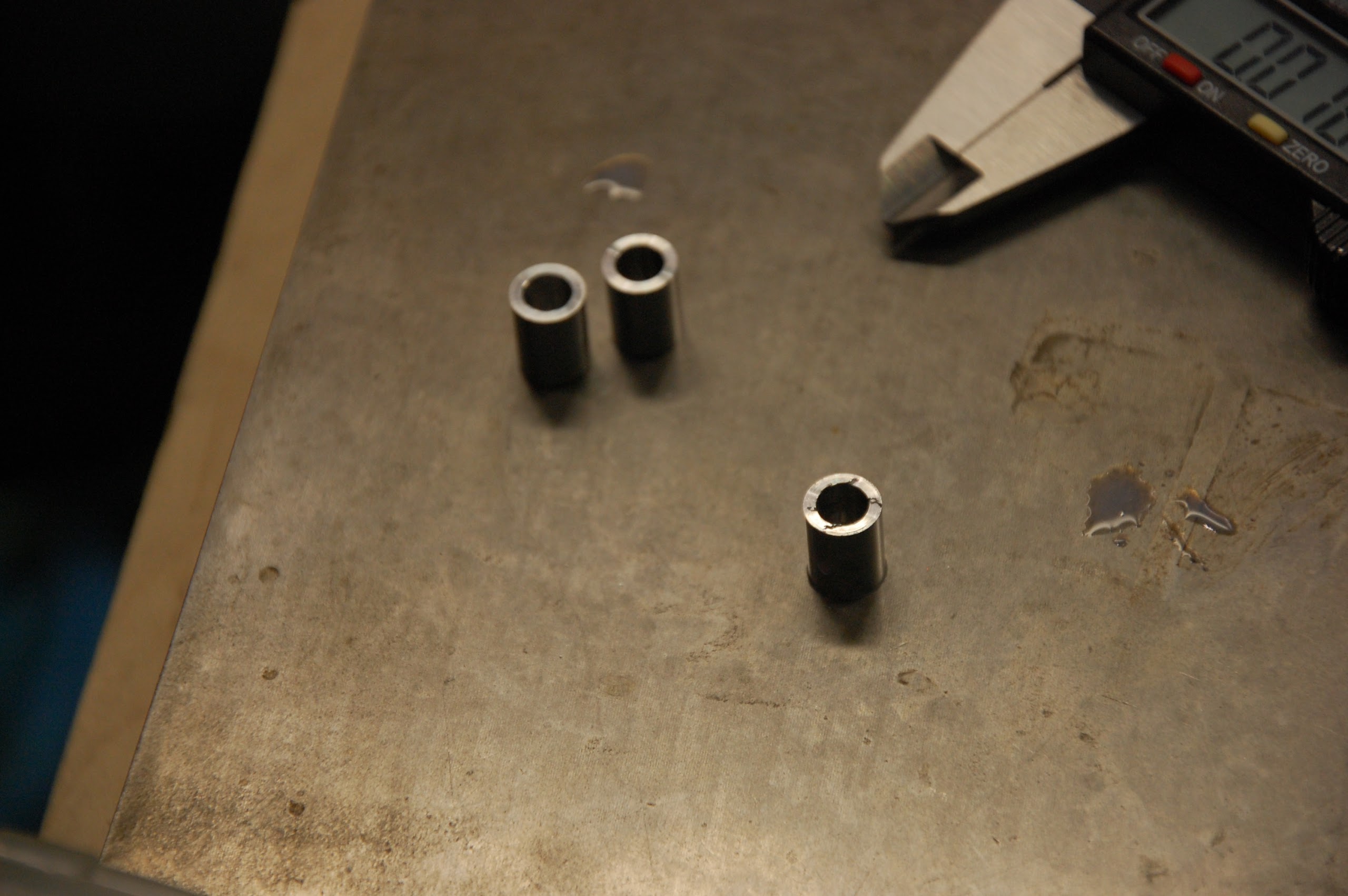 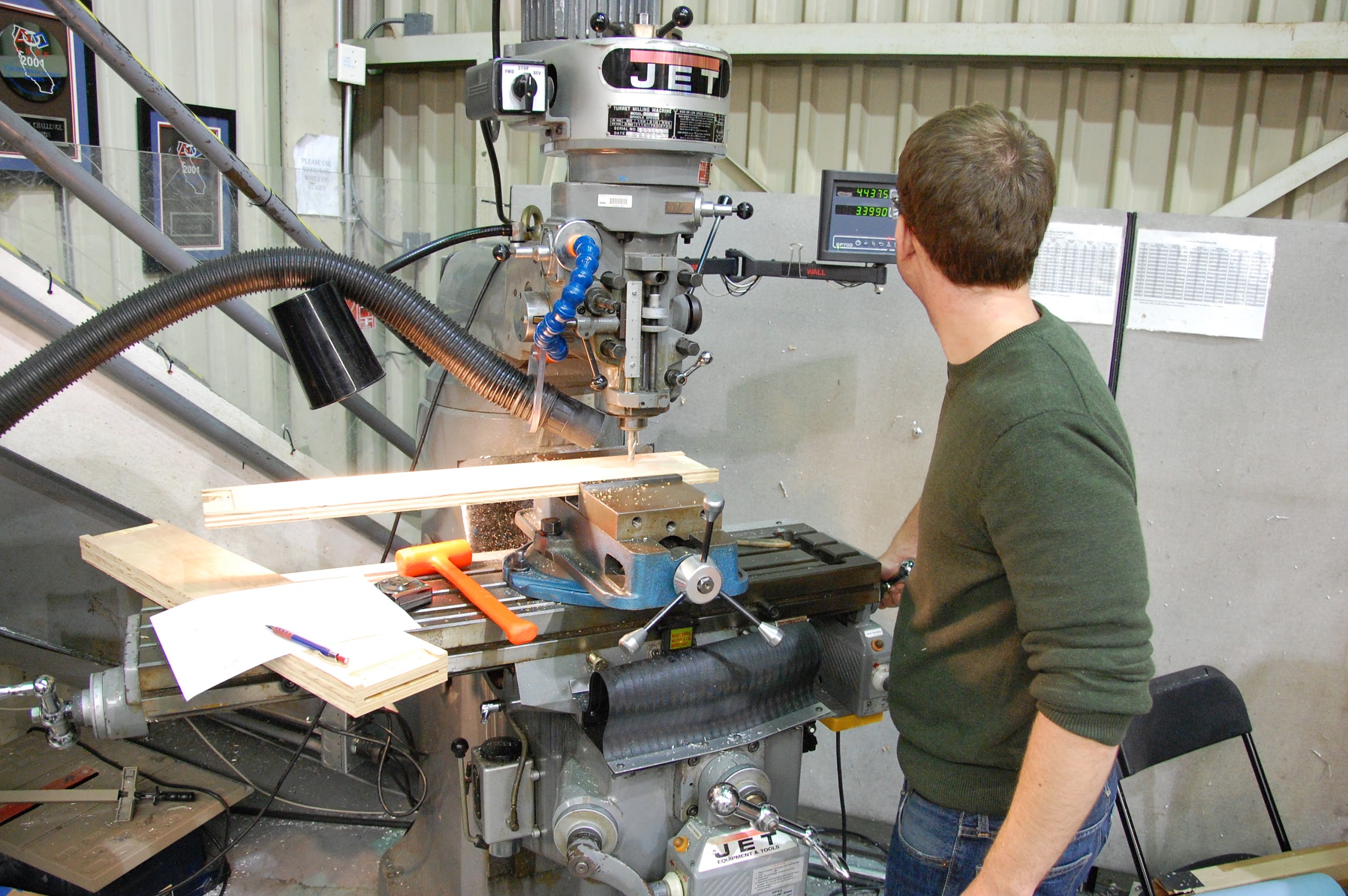