Today we worked on duplicating the single wheel backspin flywheel with 4″ fairlane wheels. We wanted to test the accuracy and plausibility of two side-by-side flywheel shooters, so we built another shooter. We also altered the first backspin flywheel shooter by replacing the side plates, which allowed us to put both shooter motors on the same side. This alteration was made to make the two side-by-side shooters compatible

Today, we began detailing the hopper feeding mechanism. The current plan is to have it powered by two 775 pros with a reduction and to power both the front and back rollers via friction with the polybelt. The feeder is slightly angled and will include a funnel consisting of two tubes angled towards the middle of the back roller. The feeder will also rotate on the same axis as the intake. Rotation will be necessary to access the electronics on the baseplate between matches (i.e. Switching batteries)

Today, we built a second trough and added 775 Pro motors with a 3:1 reduction on both. While running, a polybelt moves the balls at an estimated 18 balls per second.

Today we finished assembly of the new intake prototype without a ramp and tested it out. We found that there was too much compression between the intake rollers and the floor/bumper, so we adjusted the mounting of the intake accordingly. What we found was that the center drop of the robot was enough to upset the outer roller’s compression such that when the robot leaned back, it would not pick up balls. Of course, this was a big problem, so we made the intake pivot around a point inside the robot, very similar to how the real one would. By having the intake itself able to pivot, we think that it’ll be able to move up and down accordingly as we drive into dense clusters of balls, fixing the issue of the intake bogging down. We finished assembling the intake, but have yet to test it. Our first job on Friday will be to get more tests running, and we’ll go from there. 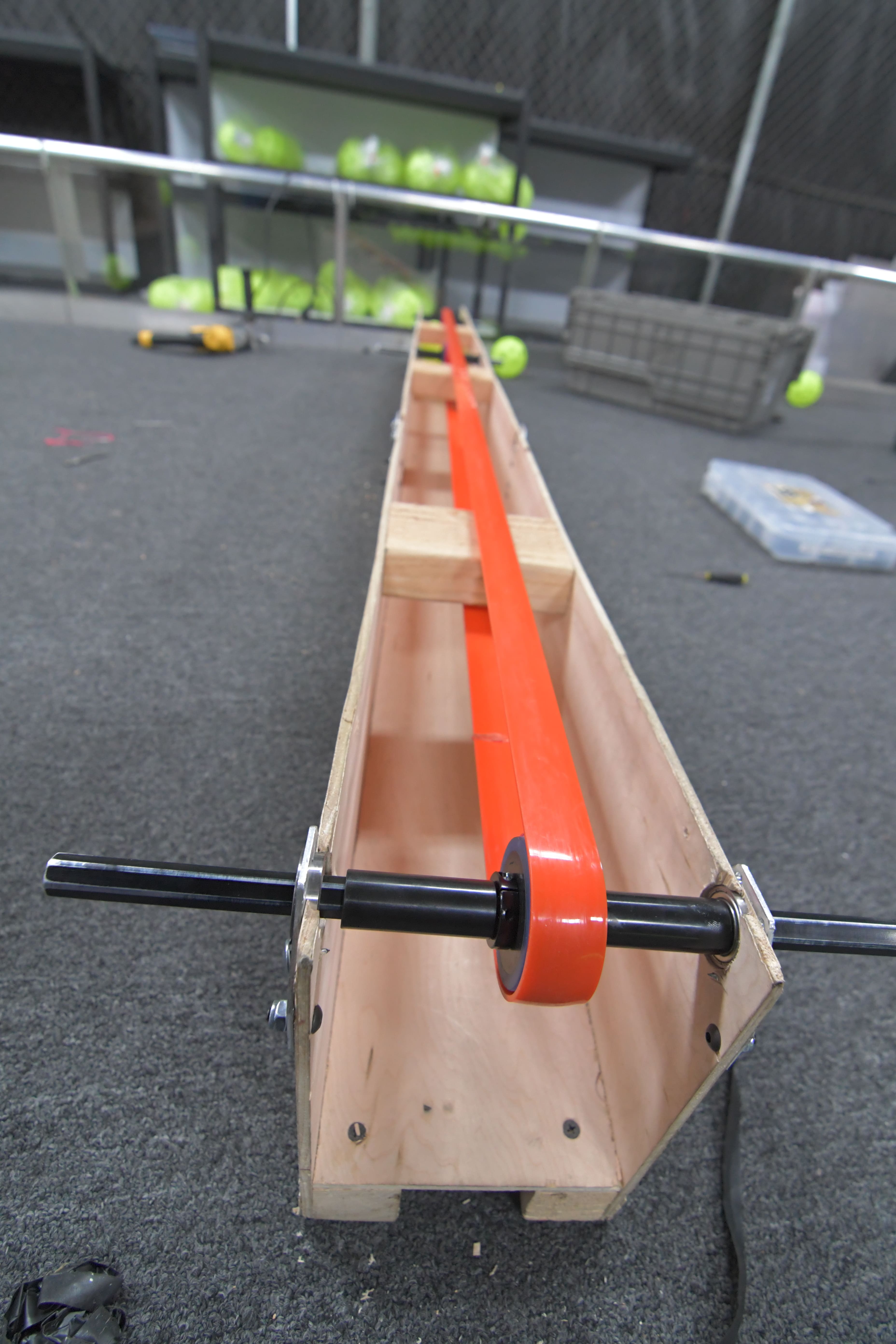