Today, we made a prototype of the intake that had been CADed for use in the real robot, to confirm that everything was up to spec with how we had intended it. We laser cut and assembled it, but did not get through thorough testing yet. The initial testing, however, looks promising. 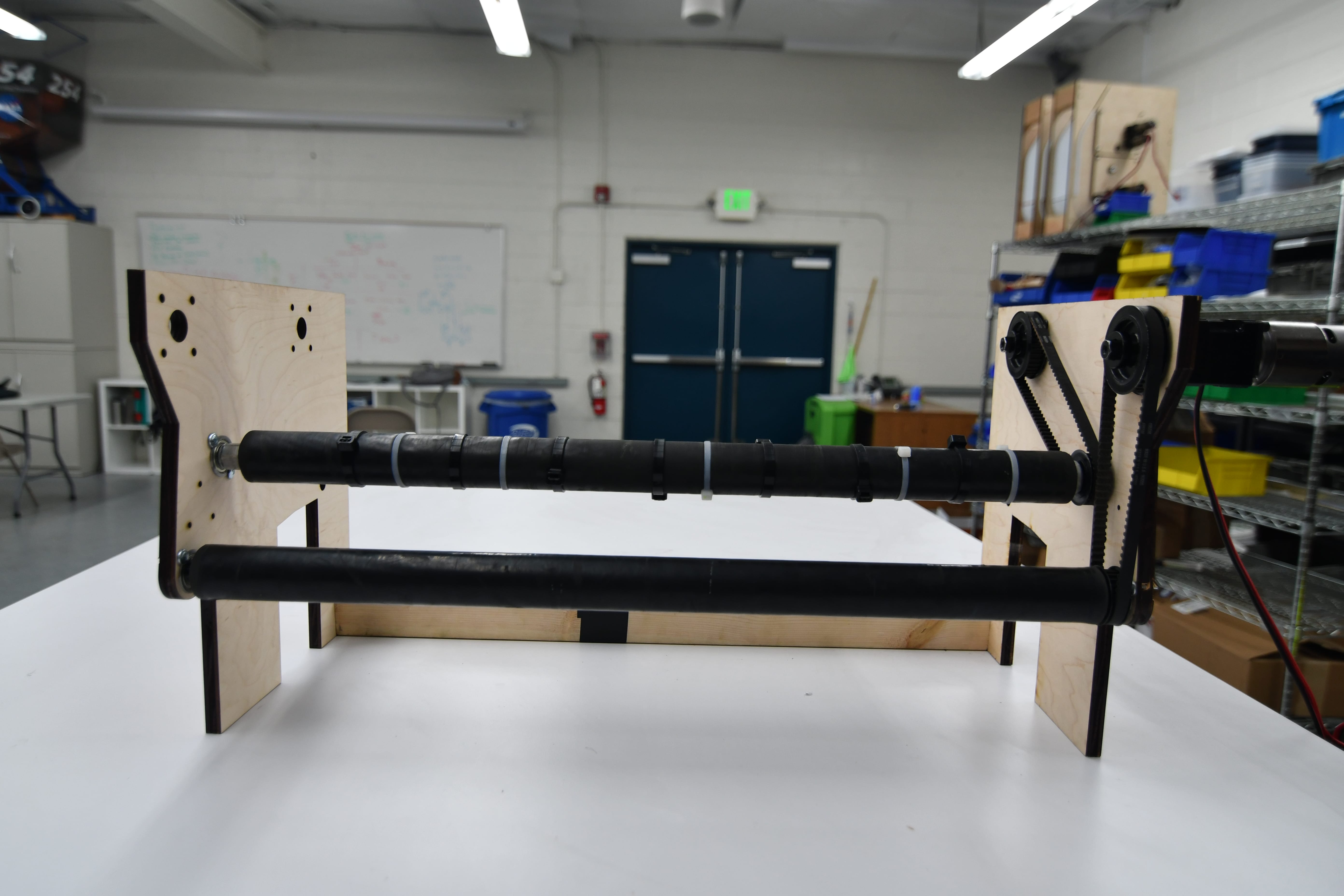 Today we worked on a zipper hopper/feeder prototype. We began by designing a belted feeder and floor in CAD, and rather than simply being 2 balls wide as the previous prototype, we made it 4 balls wide.This more accurately represents our actual robot. The hopper has a soft wheel between two of the 'lanes' for the balls, causing a zipper effect and a higher throughput. This system seemed to be relatively effective, but the polybelt on the hopper floor and on the feeder posed continual problems, Primarily, the belts were causing too much friction, were moving off of their crowns, and were causing the shaft to bend. We plan to switch to a roller driven design for our next iteration, as we still do not have our desired throughput and they should run more efficiently. 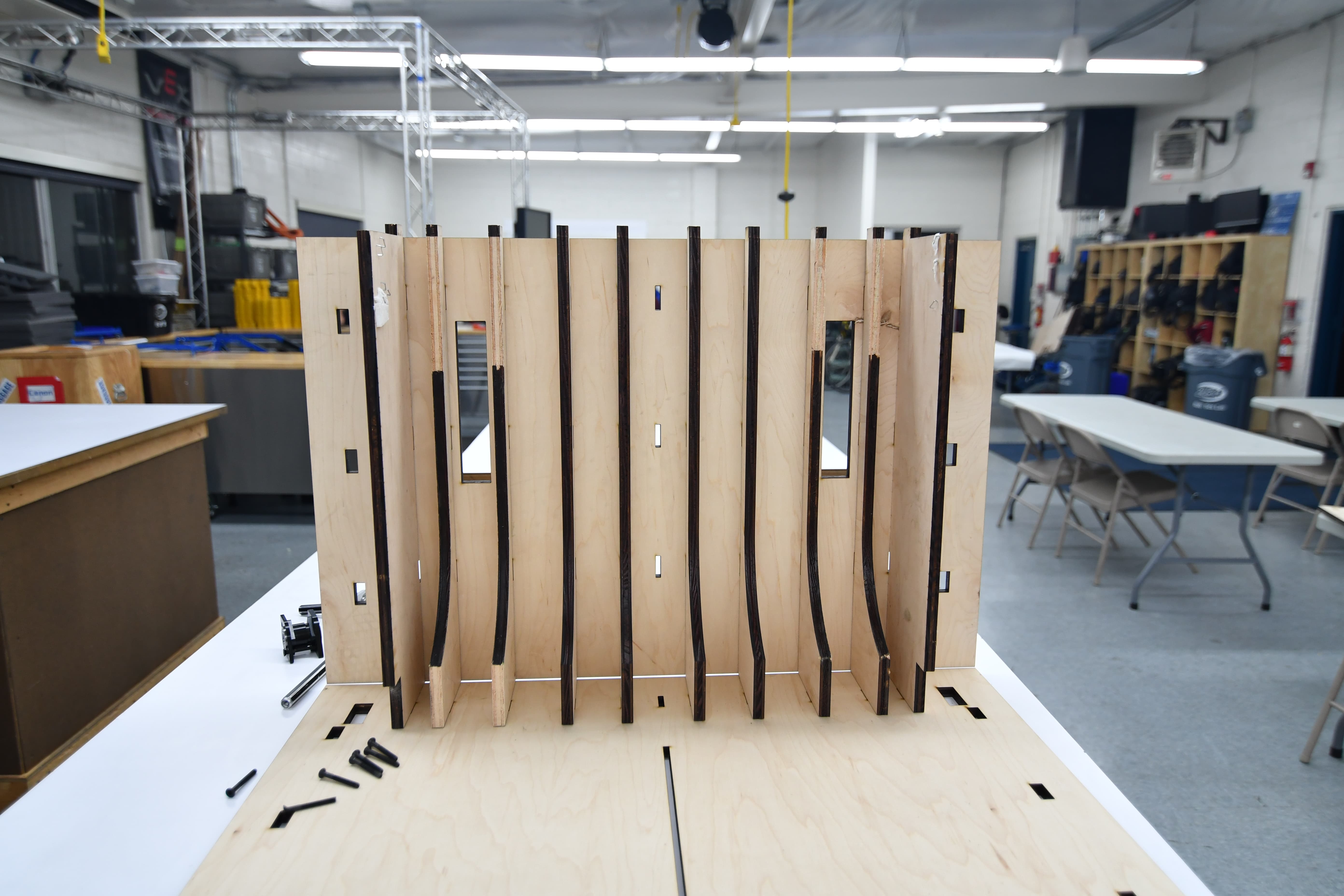 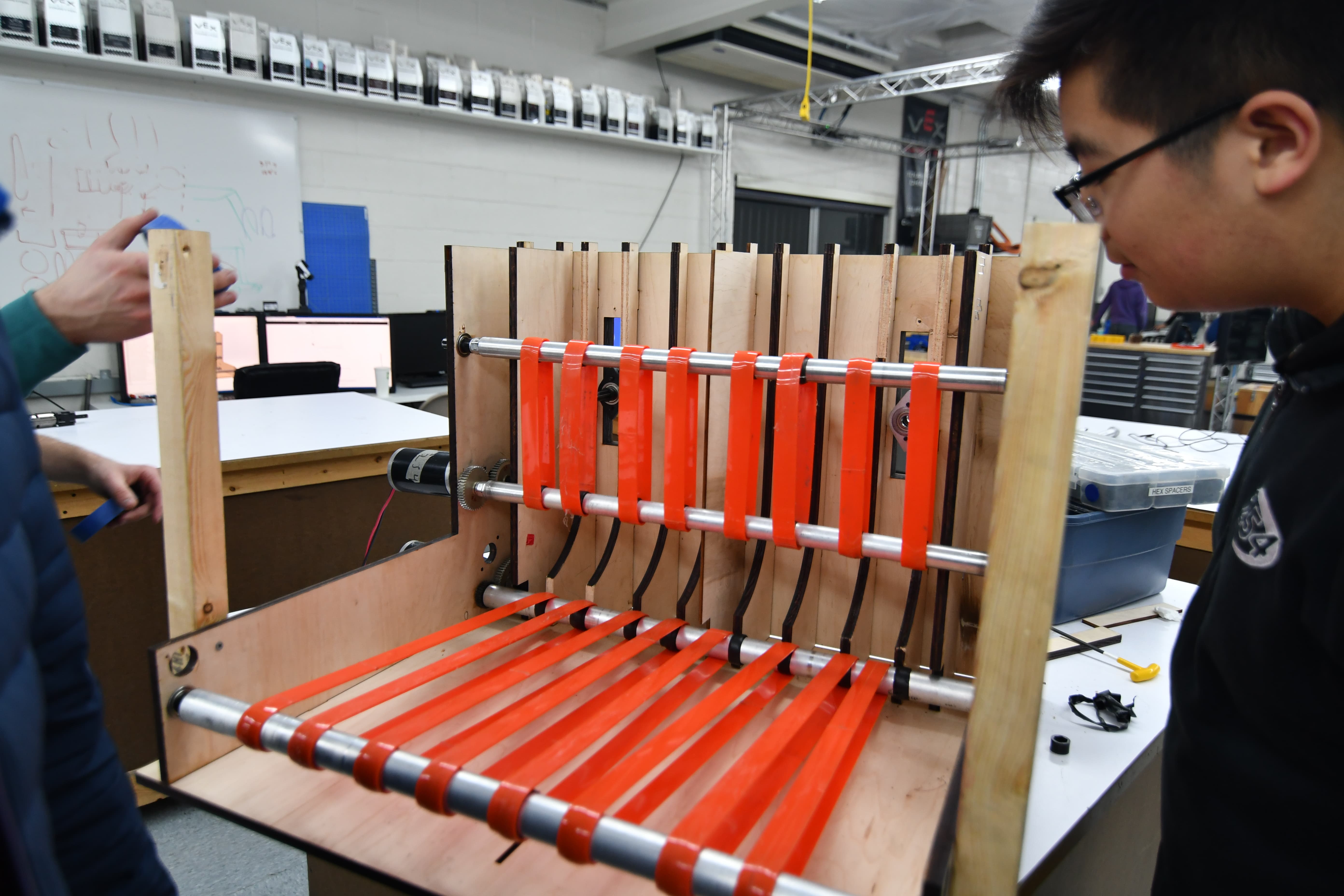 Earlier, we had assembled the drivebase parts and sent them in for welding. The drivebase came back from welding today. We finished wire brushing and sanding the welds today, so we are sending it to Gilbert for powdercoating tomorrow morning. 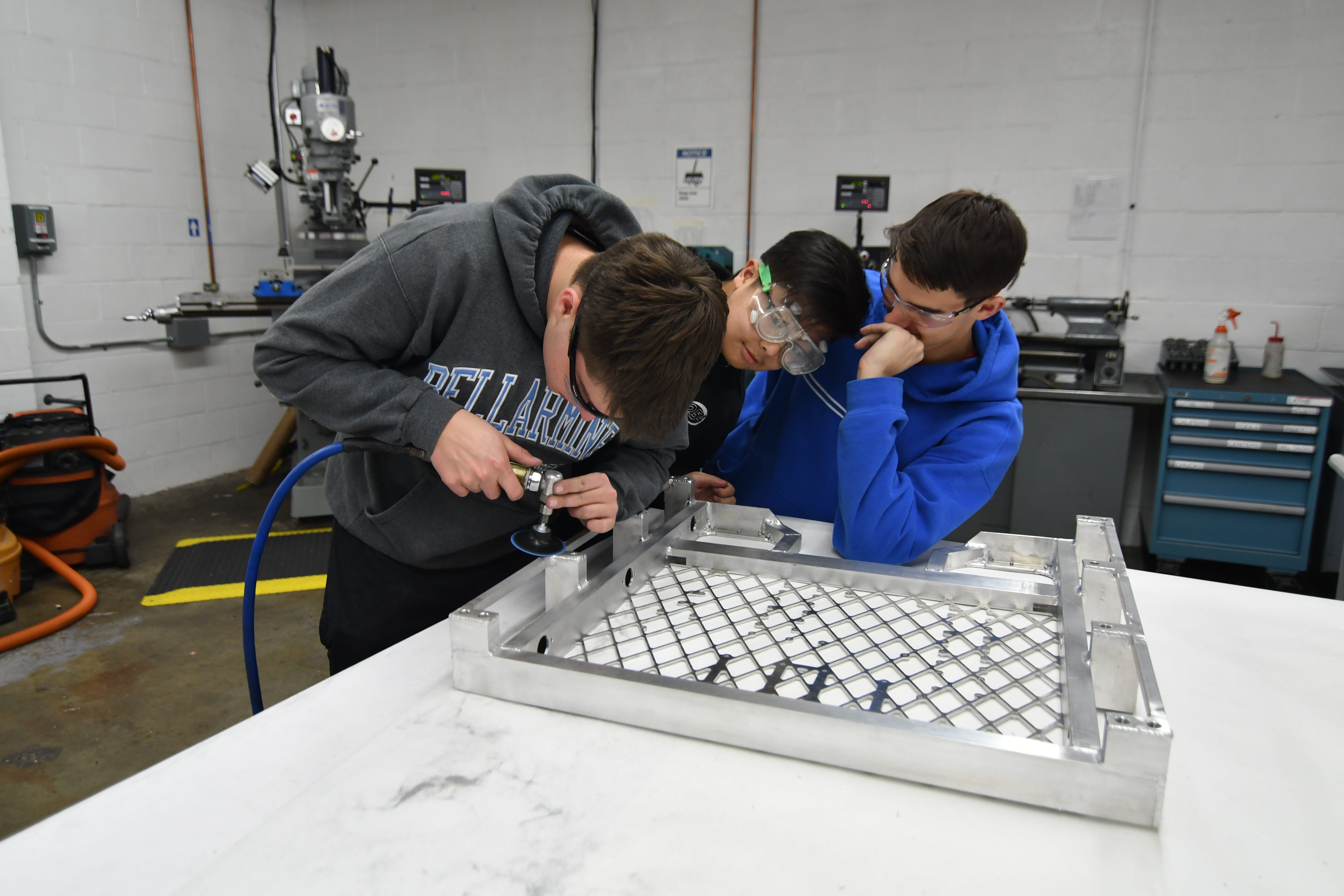 Today, we began integrating undistortion algorithms into the SPI Driver for the PIXY Camera. It is pretty much incorporated into the SPI code, and should work, although it has not been tested yet. The undistortion algorithm has successfully removed the barrel distortion from our PIXY Camera after running OpenCV’s Calibrator to retrieve the distortion coefficients. Now we need to get the distortion constants directly from the output of the calibration file (it is saved as a .txt file) as opposed to defining them in the source code. The code for reading the .txt file is written, but it needs to be set up and integrated.

After the mechanical team finished the side-by-side backspin shooter on sunday, we were able to test it today. We tested with the SynchronousPIDF that we wrote, and we also tested with the Talon SRX’s on-board PID. From these tests we learned that the Talon’s averaging mechanism is useful, but when it is doing velocity PID, it does not run in voltage compensation mode. Our SynchronousPIDF uses the Talons in Voltage Compensation mode so that the throttle remains constant even if the battery voltage dips due to some other load. This is needed because when the feeder is activated, it drops the battery voltage significantly. We adjusted the constants to try to make up for the sudden dips, but we have not yet found an optimal configuration. Next time, we will try to fix the JRAD Controller that I talked about last time and then we will see how that affects the reliability of the prototype. Even if we perfectly optimize control, this prototype has some inconsistencies mechanically that have affected the trajectories and precision of each shooter.