Today we began wiring the drivebases. We have all of the Talon SRXs done and we have installed most of the components. We have a lot more work to do, and we will be working hard to get it done as soon as possible. 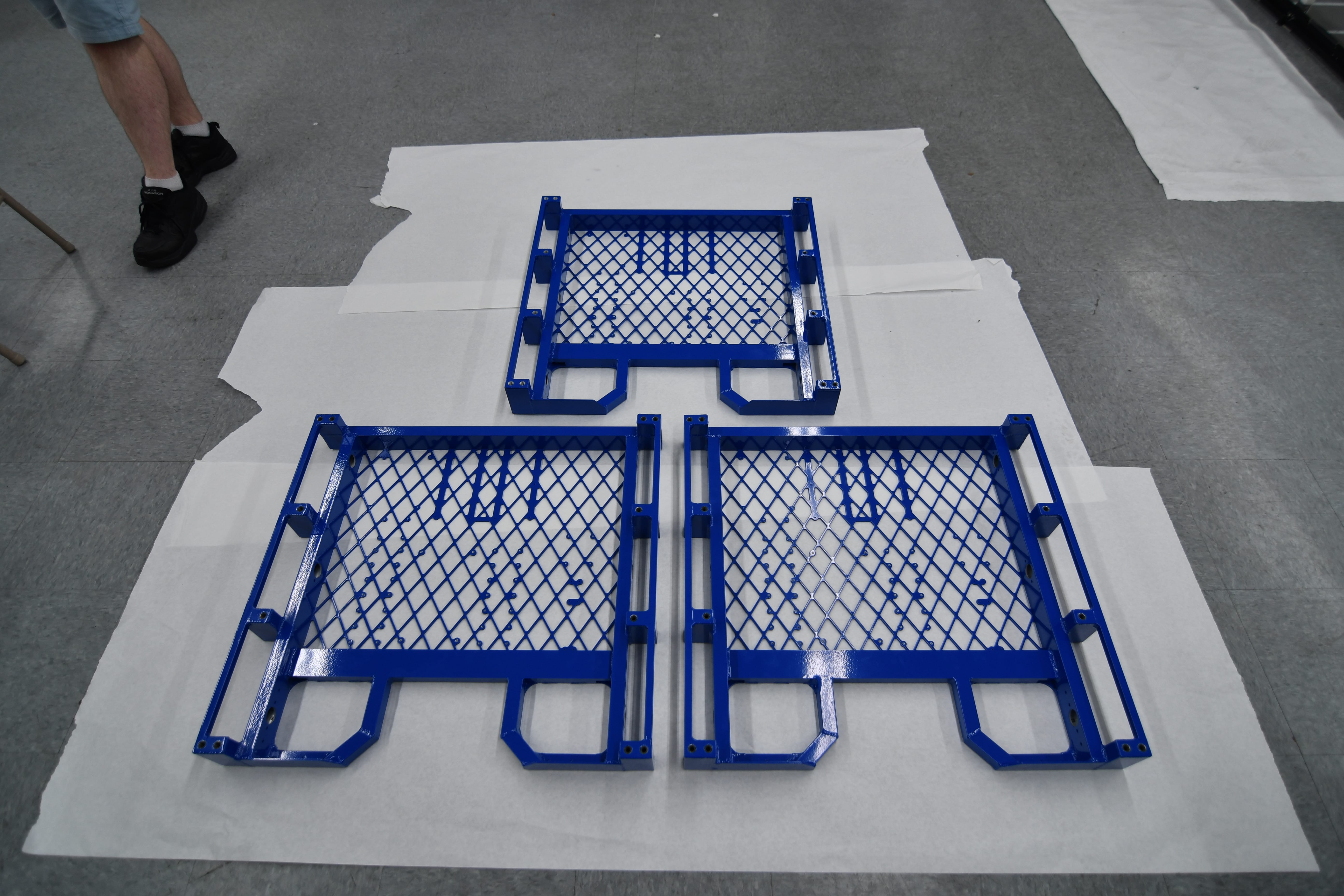 We worked on developing a new zipper hopper. We disassembled the old one, and built a new one with rollers. We built the rollers using aluminum tubes with a 7/8" OD and surgical tubing around them. The hubs are VEX Pro 1/2" hex spacers malleted into the shafts. We beveled the shafts so that the 'plugs' would be as colinear as possible when stuffed into the shafts. We also ran the floor and feeder with polycord rollers. We quickly discovered that after running it for a short period of time, the polycord would break or just slip. We also found that at high RPMs, the amount of friction caused so much heat that the polycord pulleys we were using melted. We then had to transition to belts and pulleys, which fixed some of our problems. After our testing, we found that the rollers would "hot-dog" and sometimes not feed the balls. While it was better than the polycord, it still was not good.

Today the intake was remade and retested to finalize geometry before it's fabricated out of metal, and we found that the design maintained a good amount of compression on the balls throughout. We did not get a chance to fully test it yet due to some mistakes in the prototype that led to it being remade once more, but it is almost ready to go for thorough testing tomorrow. 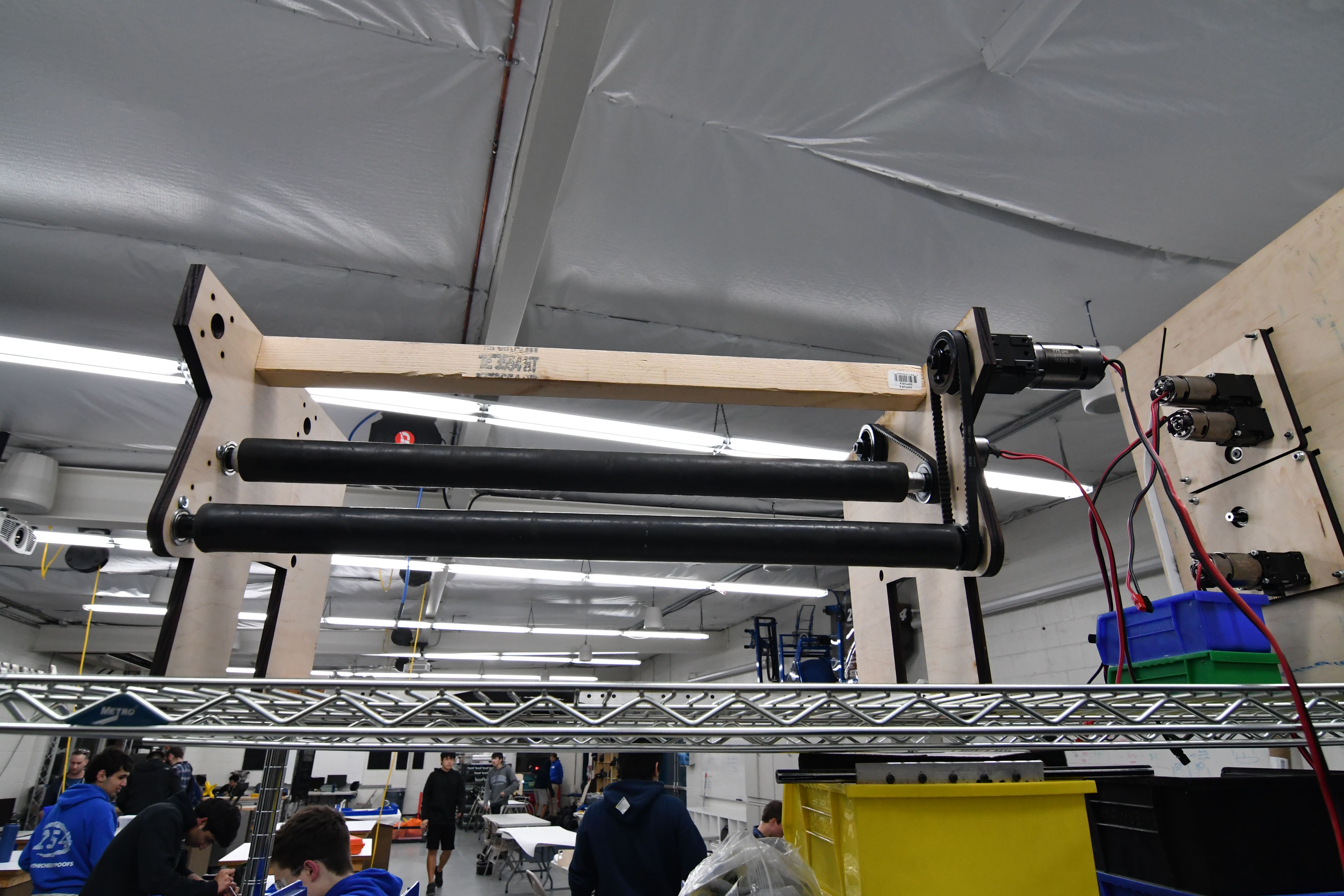 Today, we calibrated all six Pixy cameras. We altered our code, so depending on which camera we are using, the code reads the camera matrix specific to that number Pixy. We saved all of these in .txt files in a new folder called resources. The next step is to add this folder to the JAR file (Java ARchive) so that it is deployed onto the robot. Currently, the fps (frames per seconds) in which the calibration program is running at is really low. We sped it up, but that crashed the program, and the calibration wasn’t as good, so we changed it back. We also had some trouble with Pixy #4. There was a black splotch in the top left corner of the image. After unscrewing the lens, we found a speck of dust that we blew away using compressed air from the pneumatic hose. This fixed the camera. Under FRC-2017/camera-calibration/ there is a file titled README.md which contains instructions for calibrating the cameras.

As you can see, the dot grid is significantly straighter in the right image..

We continued to adjust the Talon SRX’s controller to see if we could the PID tuned. Results were not yet conclusive, and there is still more to test and evaluate.