Today, we continued our work on prototyping designs for the shooter, intake, and drivebase. Our programming team also worked through a variety of projects including camera calibration and configuring the RoboRIOS.

We assembled the feeder for the horizontal flywheel shooter using three wheels of two different sizes to optimize contact with fuel balls. We determined that we would either use polycord or rollers for the feeder. However, due to availability of resources, however, we decided to prototype with a wheel roller. The horizontal flywheel was ready for testing but is still waiting on more planetary gearboxes. 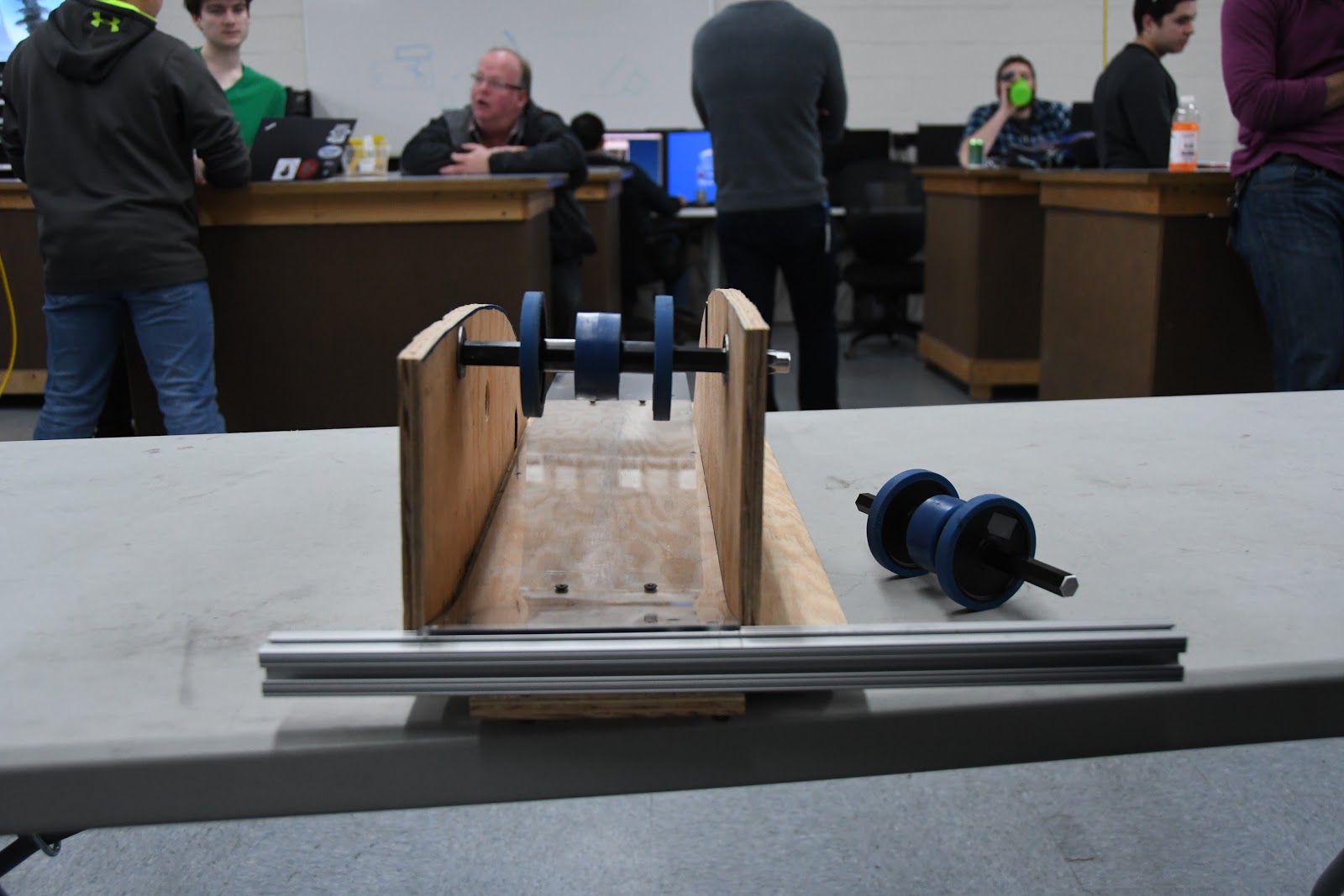 Today we continued working on developing a double wheel vertical flywheel. In the process, we tried to optimize throughput with the limited space available on the robot. Initially starting with a hand loaded prototype, we combined the shooter with a conveyor prototype to remove the variables of human error.. We managed to design and laser cut the sidepanels for the prototype, and began assembly. We have organized the VEX Pro VersaPlanetary gearboxes and will implement it on Wednesday. 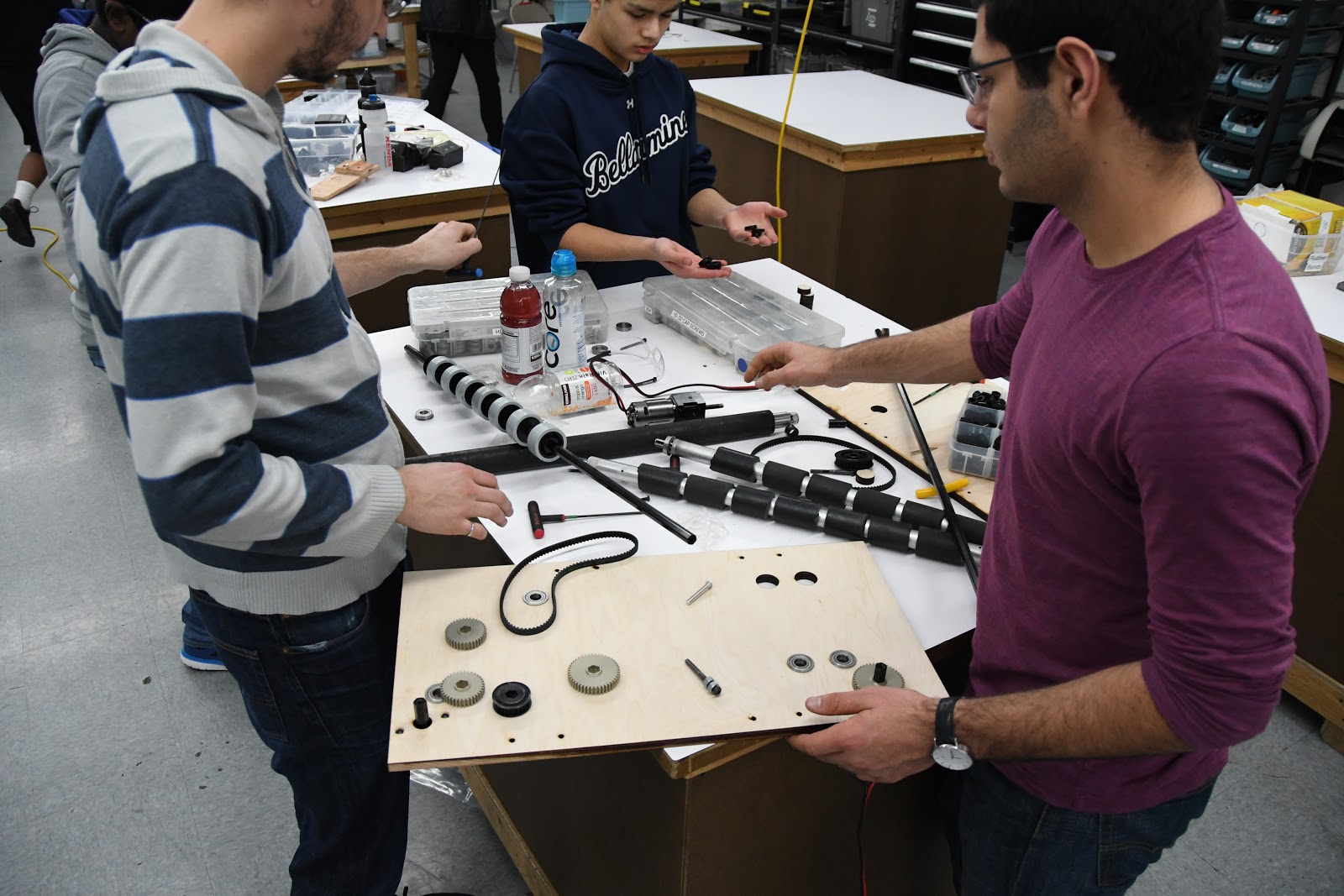 Another project based off a double wheel vertical flywheel aimed to optimize the best materials and fuel compression to maximize accuracy and shot speed. We spent the build designing a model in Solidworks to later be laser cut.. By the end of build, we acquired all the materials for the prototype including the 80/20 Extrusion Material, T-nuts, modified Versa Side Bearing Motor Gussets, 2 x 4 Wood Blocks, Bearings, and laser cut to design ½” Plywood. 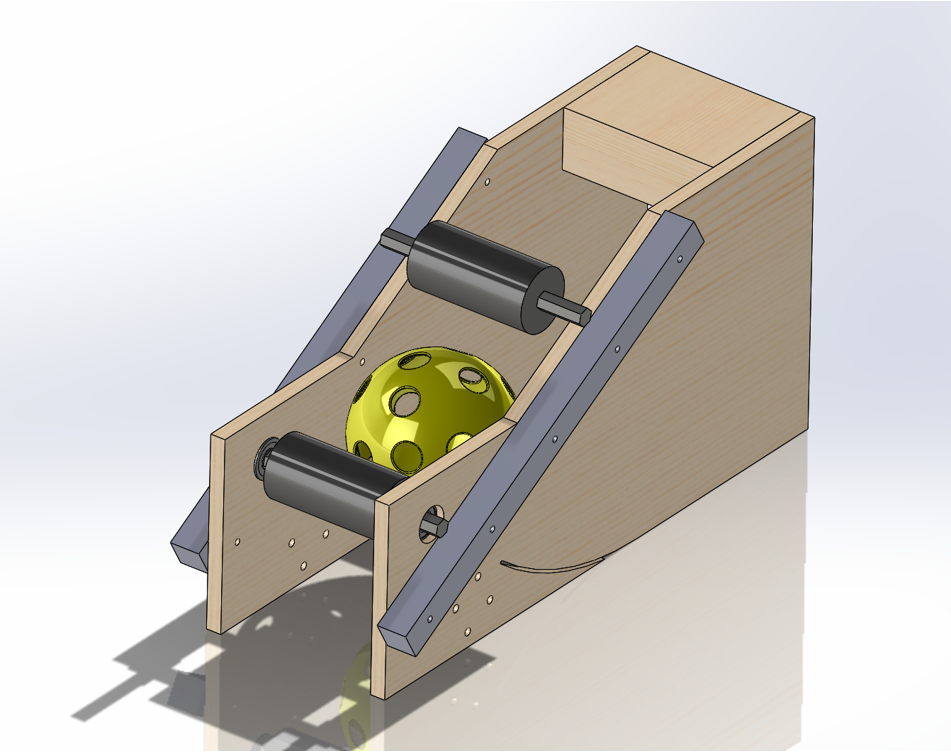 We improved the catapult and eventually hit an accuracy rate of 15/15 into the high goal. The improvements we made include:

The design still needs a lot of improvements based on the power applied and the contact with the ball to make it into the boiler quickly and consistently. 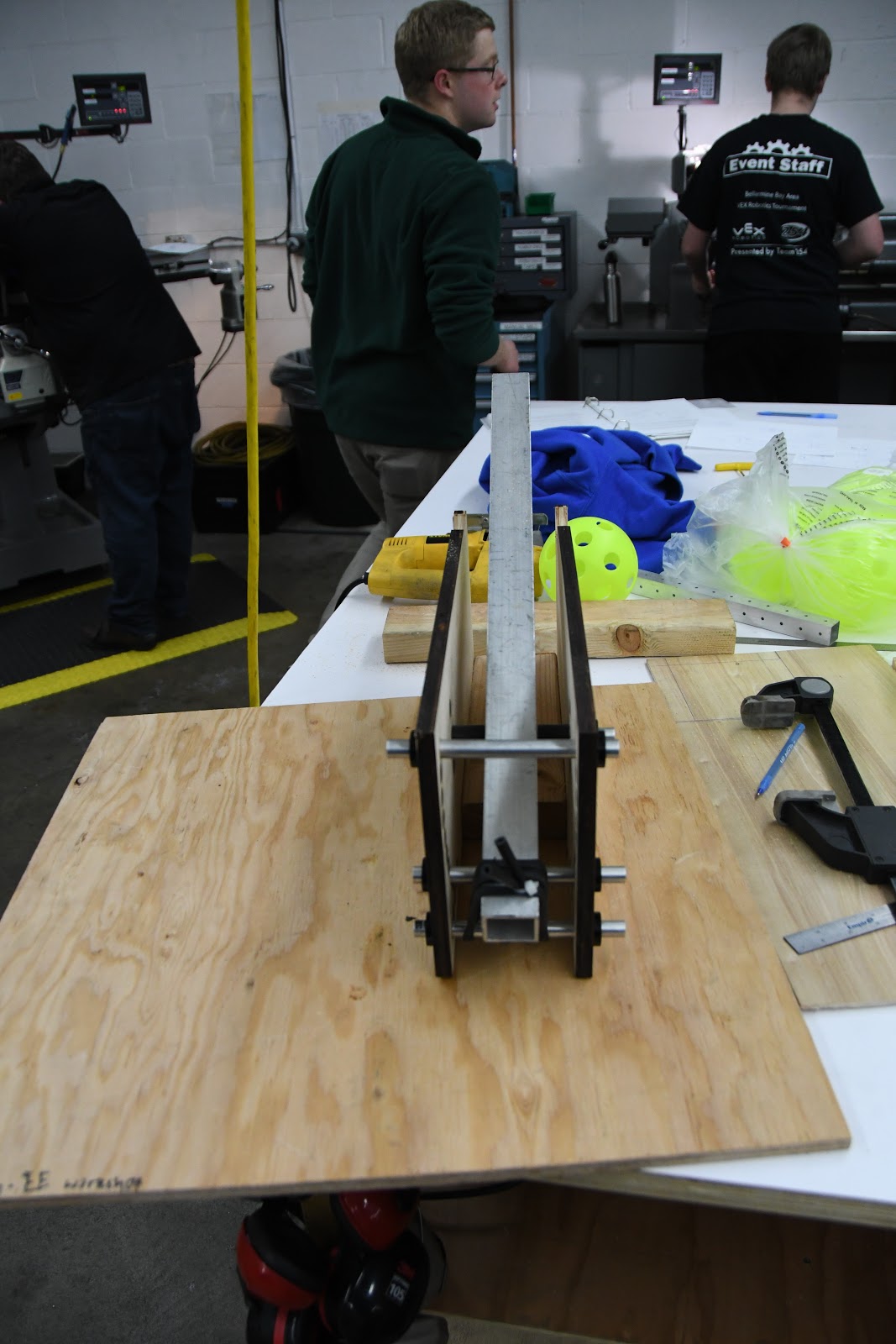 Today we took the intake prototype from yesterday and added several more surgical tubing belts in order to pull in more balls at once. In addition, we resized it for better geometry and added a CIM motor for lots of power. The results are very successful, and we are able to rapidly suck in several balls at once over a bumper, meeting our original goal for this prototype. The next step is to mount it on our practice drivebase and see how well it can intake once in a robot. We prototyped this specific intake because we have used similar ones in the past successfully, but were unsure how they would react to the plastic balls compared to more traditional foam balls. 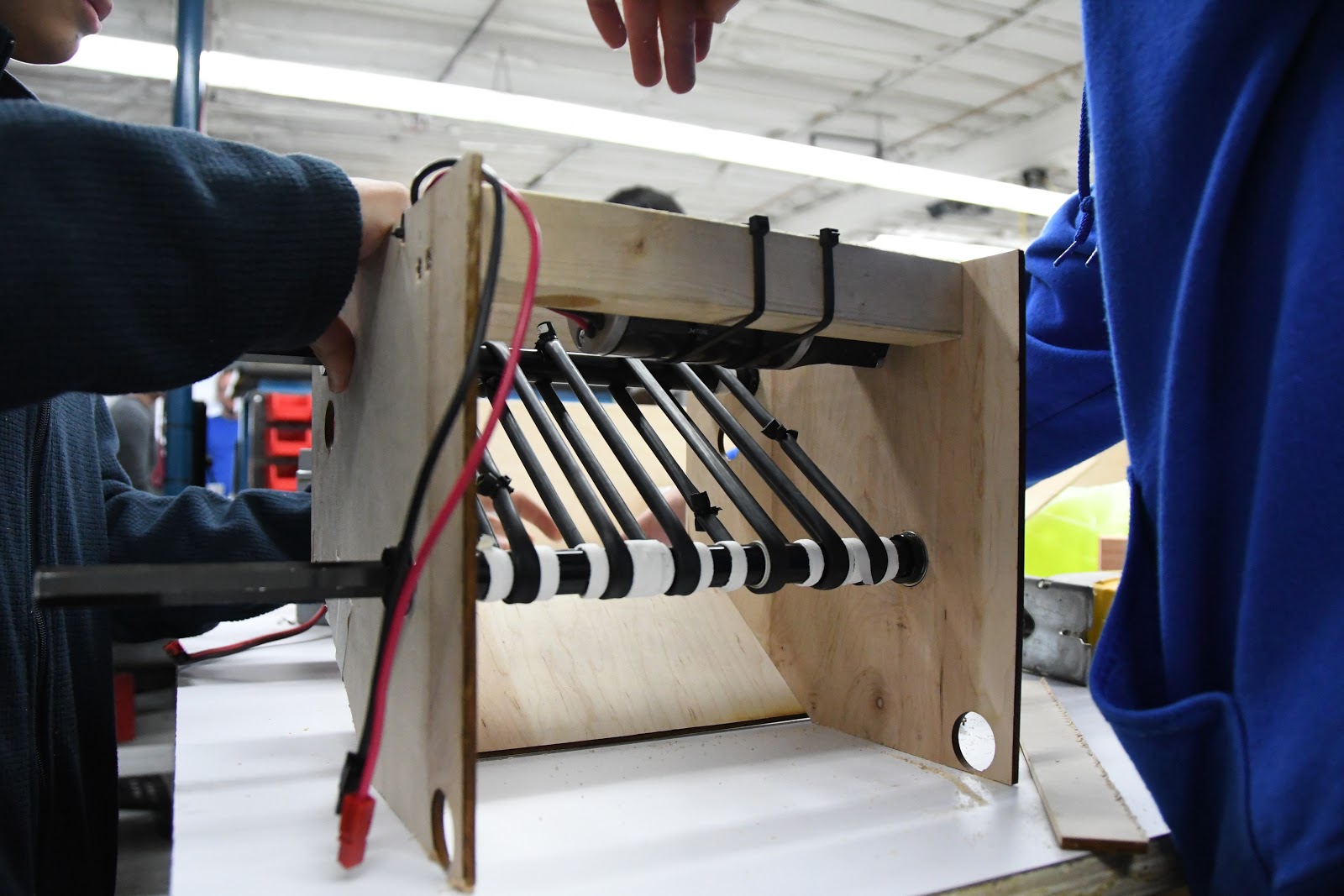 Today for the 2015 Deadlift drivebase we installed a new radio with updated 2017 firmware in order to successfully connect to the driver station. Additionally we experimented with different types of wheels. Initially we started with colson wheels on the outside and an omni-wheel for turning. The idea was that due to the center drop of the drivebase we would only be on an omni, and a colson wheel at all times. In order to optimize for turning we changed to all omni wheels, yet the turning was erratic so we think another set of wheels would be best for this game. 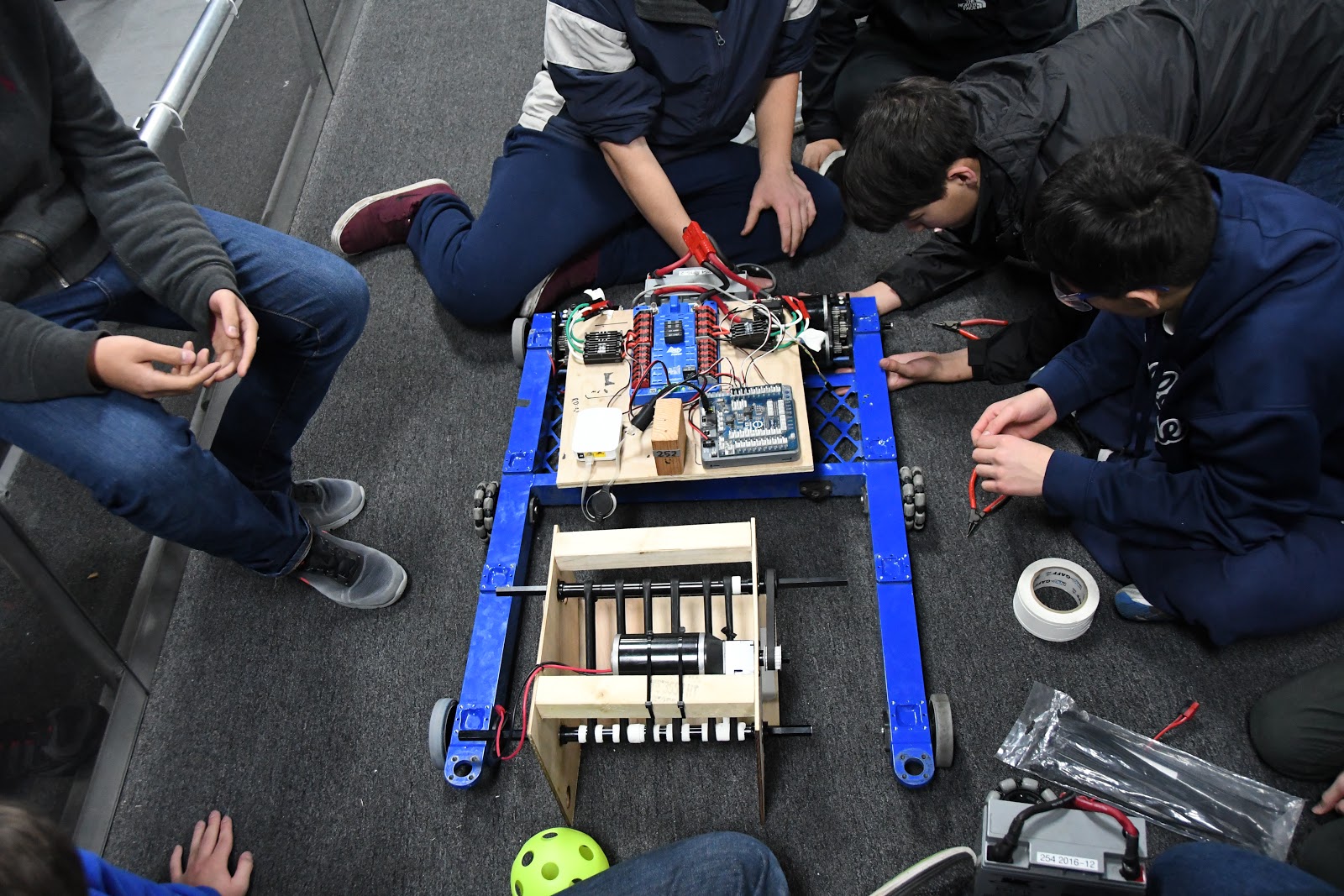 Today we worked on the gear intake for the 2017 FRC Robot. The process involved spending a little bit of time on CAD to create a preliminary design, and then following up by actually laser cutting the wood pieces and then putting them all together. After that, we experimented with different heights for the grabber pieces on the claw to figure out which angle would be optimal in sliding up and over the edge of the gear. The next step in this project will be to cad a significantly more robust version of a similar design, as well as add a system for actually “grabbing on” to the gear so that we can manipulate it. 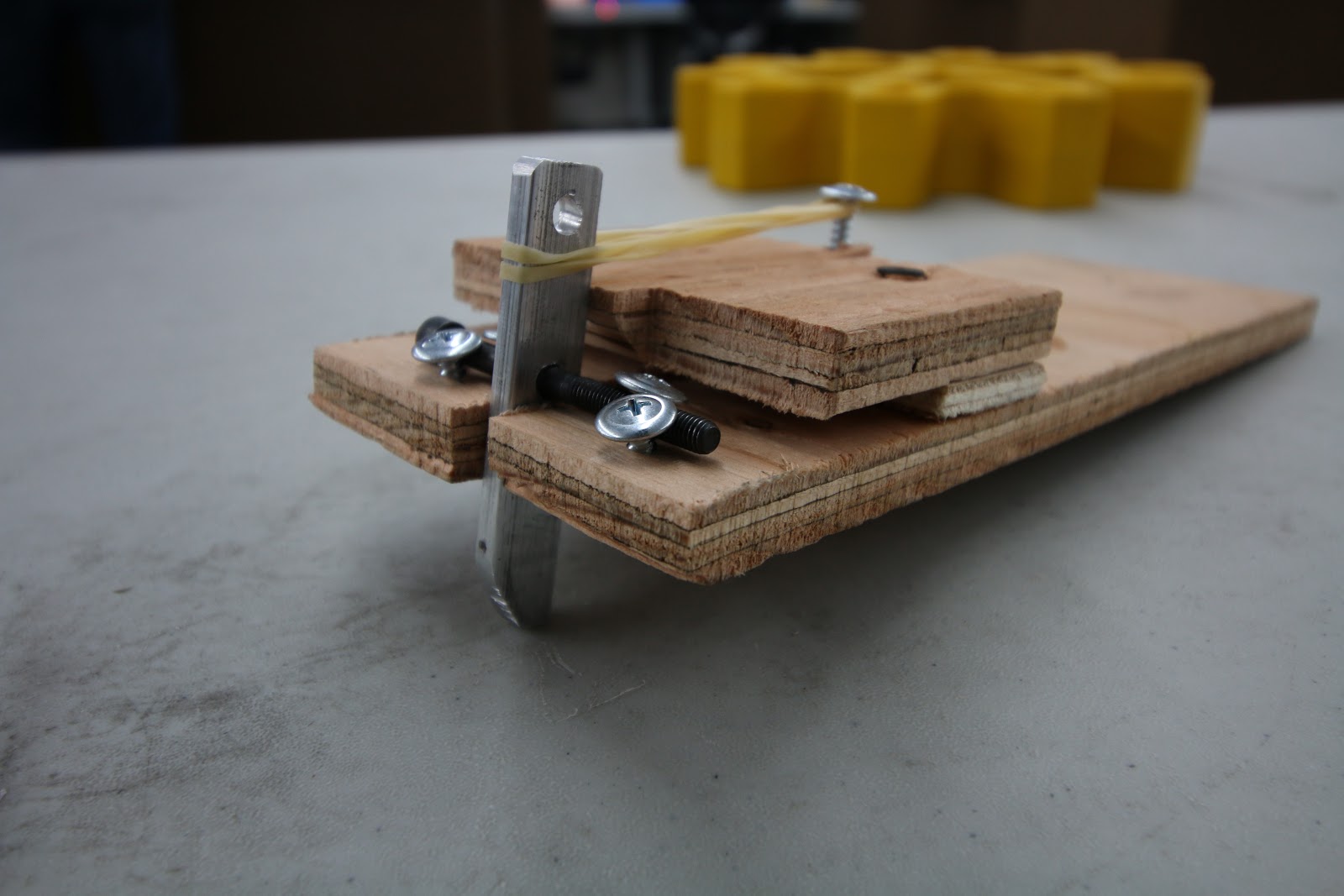 A lot got done in programming today! We had our first build meeting and we will be having subsequent meetings every build where we will get anyone involved who wants to work on something. During this build we divided the work into the following tasks:

Since last build, we successfully cross-compiled libpixyusb to the RoboRIO’s ARM architecture using QEMU on Ubuntu. We then created a JNI for it so that we can integrate it into our codebase. However, it has not been tested yet and we will be doing this throughout the week. If his port works, then we will not be using SPI with the Pixy Camera

The goal of calibration is to get rid of the distortion in the camera. Here are some screenshots that illustrate this distortion: 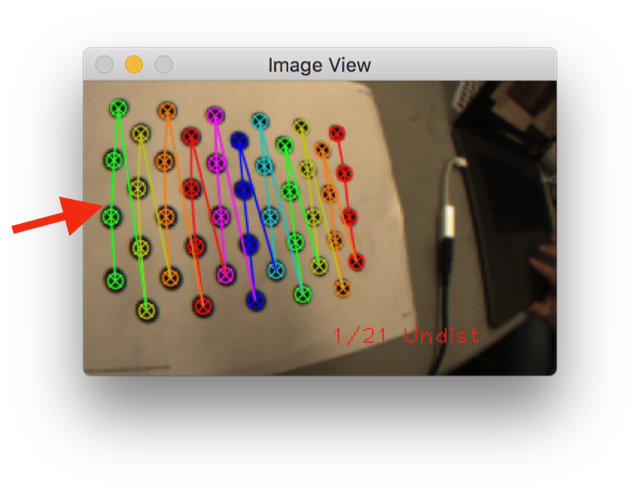 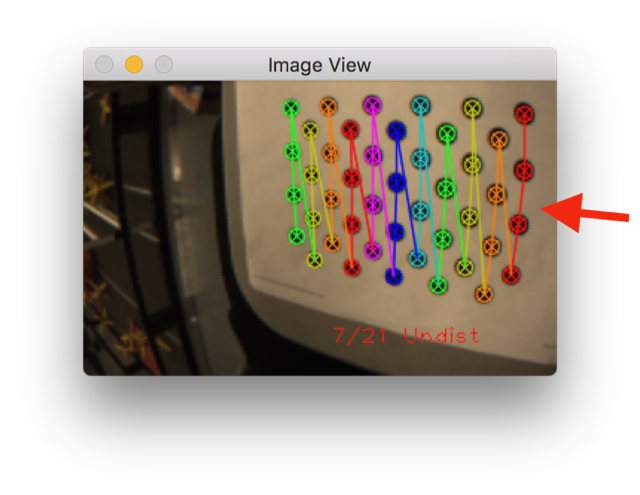 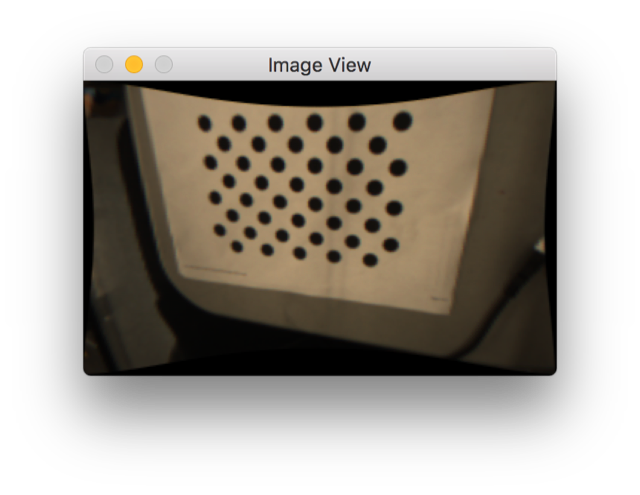 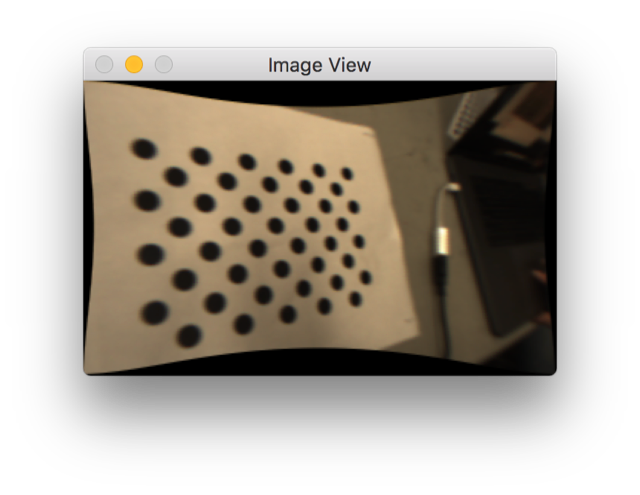 With better calibration, we will be able to more accurately approximate the angles of the goals so that we can make the targets. The calibration above isn’t perfect, but we are still working on making it better. The current issues that we have encountered are mostly due to the low resolution of the pixy camera which prevents OpenCV from recognizing the dots at more oblique capture angles. If it were higher resolution, it would generate a more accurate calibration.

This build, we successfully configured the RoboRIOs and programming computers to use the latest version of FRC software, albeit with a few hiccups. In techno-speak, the RoboRIO wasn't assigning itself a static IP address, leading to communications problems. The programming subteam was able to overcome this issue, albeit with a temporary fix.