Almost all our parts are back from anodizing and we are trying to rapidly assemble as much of the robot as possible. The team working on putting surgical tubing over the rollers is almost finished and just needs to trim the excess off of each edge. The intake team finished assembling their first subsystem and is ready to mount it to the robot and assemble the rest. They had some trouble locating the appropriate timing belts, but now are ready to assemble. The shooter team also collected all their hardware. They just need to laser cut the rest of the polycarb and delrin plates, assemble the other shooters, and mount on the robot. Superstructure wiring was set back when we had to unfish the wires and drill additional holes in the weldment, and we are not back on track and ready to terminate the shooter wires. Late in the evening, a team of students and mentors stayed late to double check our inventory to ensure that we have ordered everything that we need to complete the robot by Tuesday. We are hoping to finish assembling intakes, shooters, and feeders today and at least one conveyor assembly as well. Wiring should be able to finish the practice and comp robot shooters and begin wiring the other subsystems. 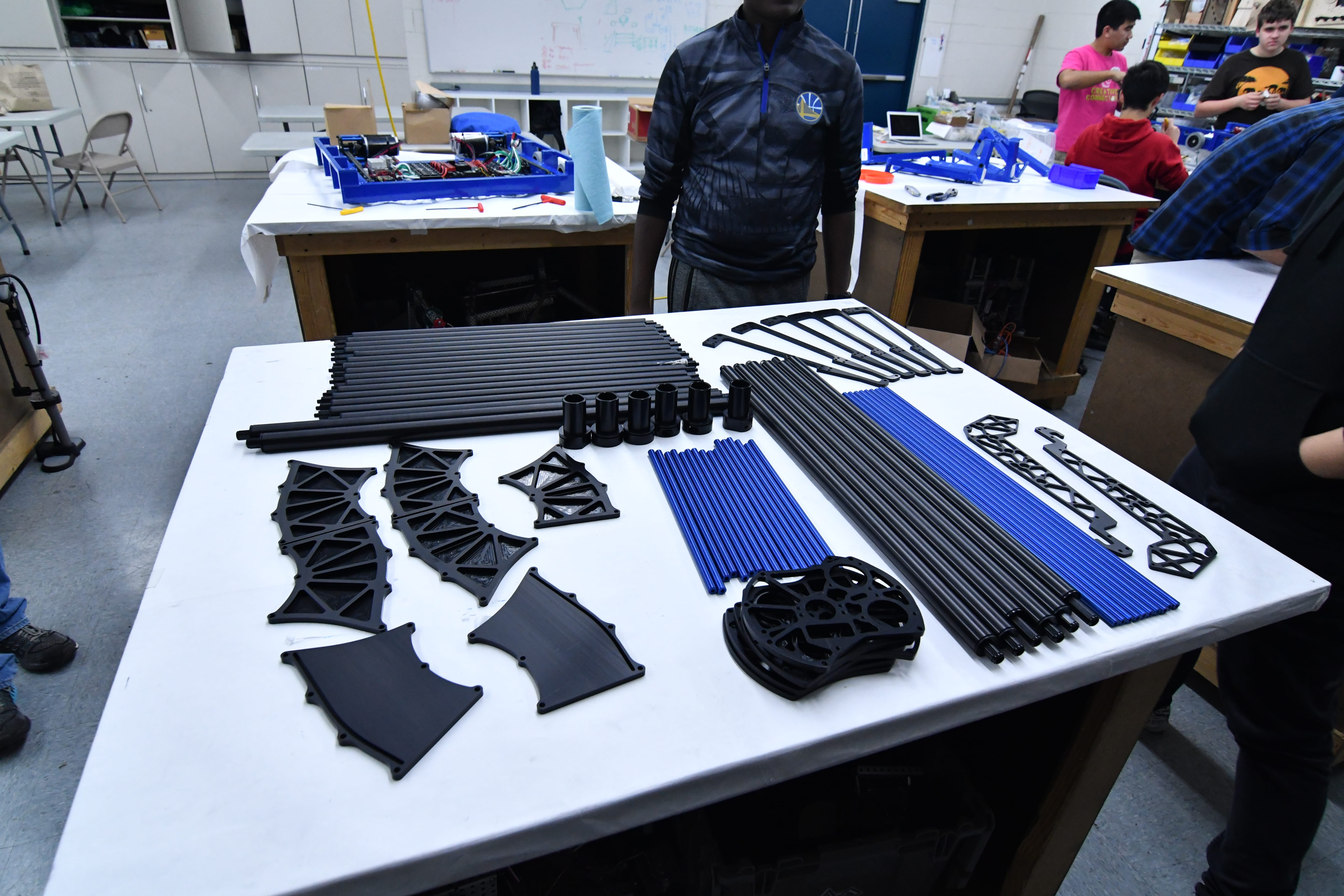 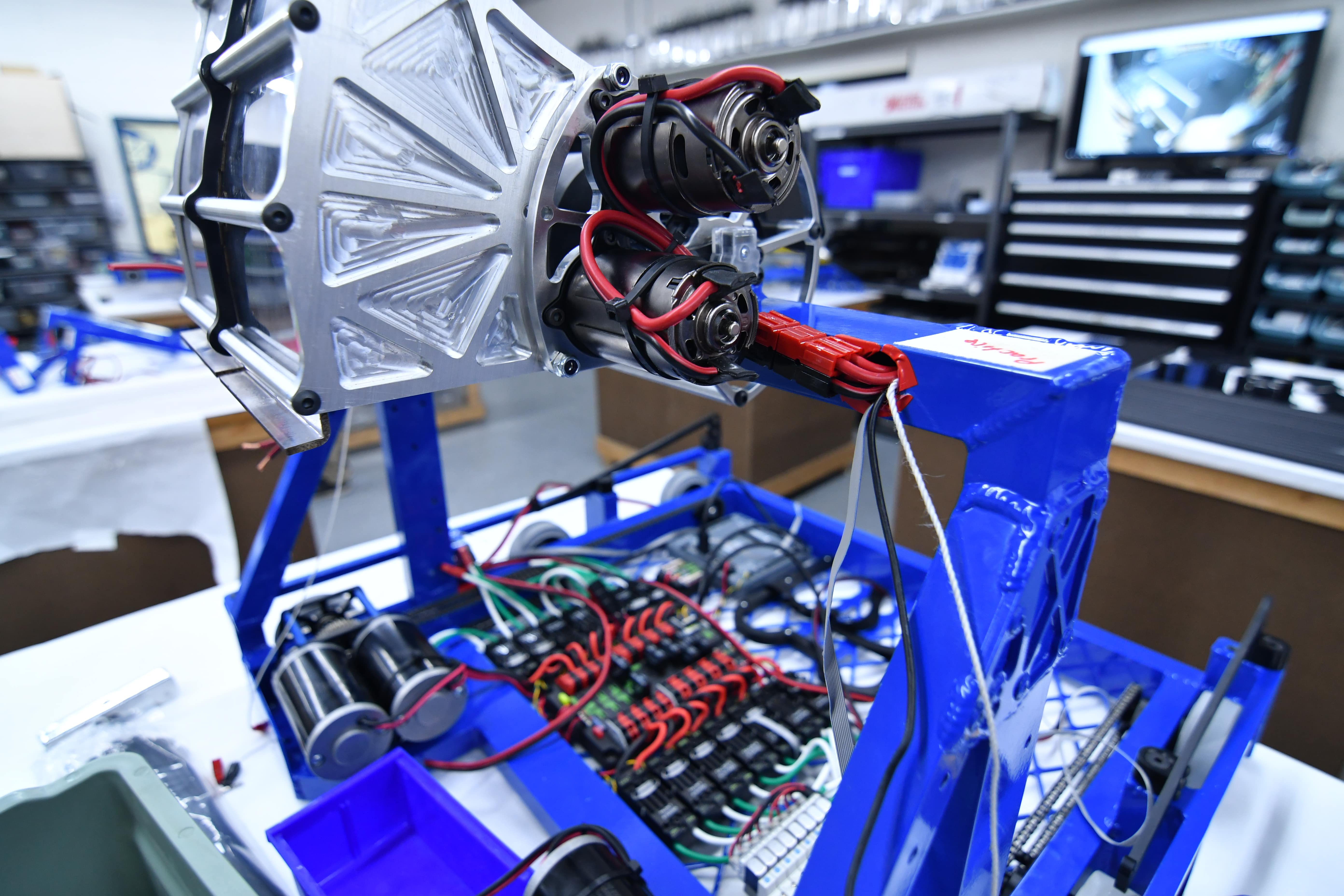 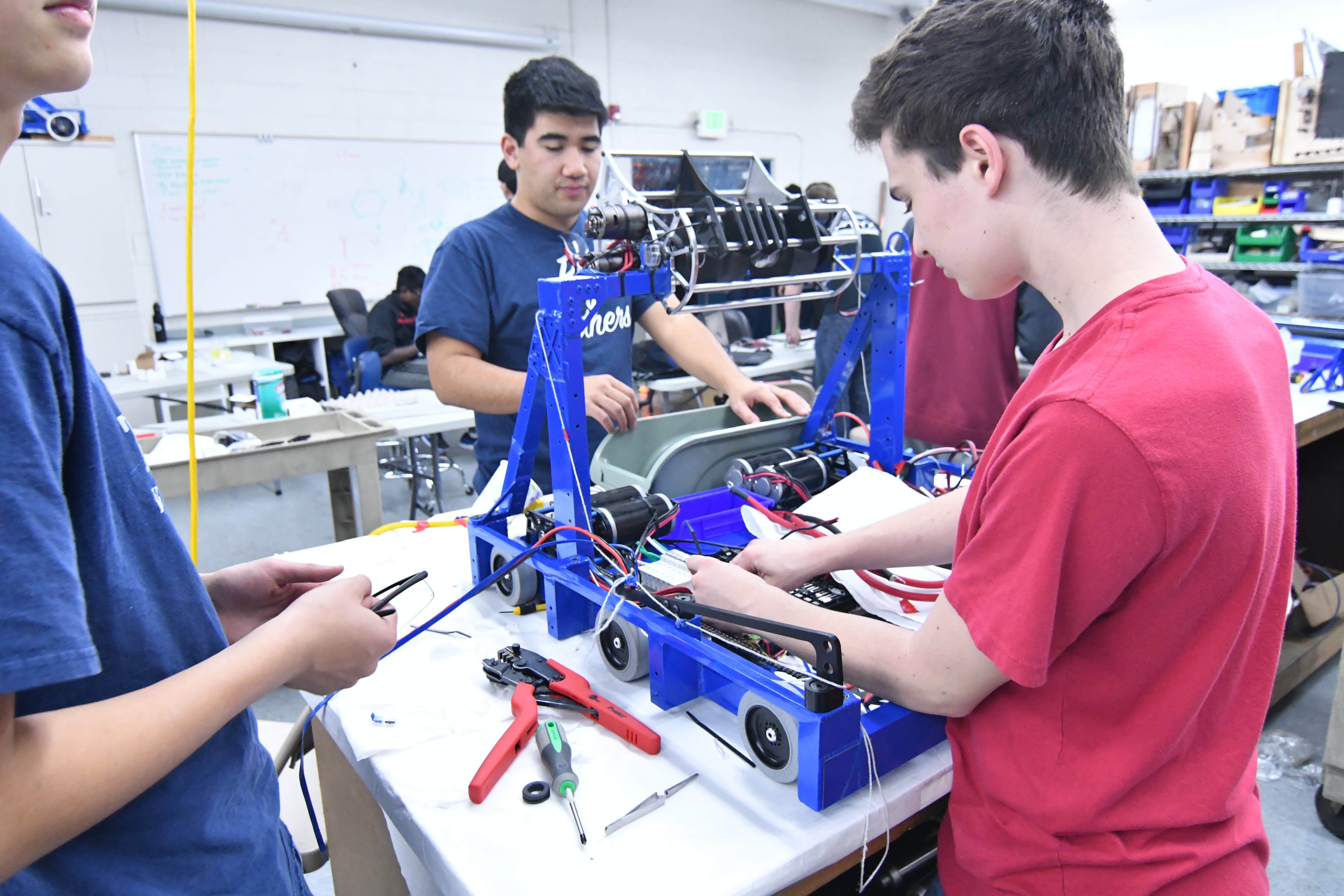 Today we have finished all the feeders for the field by attaching the tops to the base. We have all the polycarb cut for the hoppers, but need people to cut the pipe that slides in and zip tie them on. The prototyping for the driver station to boiler mount is almost finished. The final idea has been decided and is going through final stages of being designed. The 2×2 wood for the boilers net have been cut, and all that is left is to place them on and attach the netting.

We decided to scrap the PixyCam system and use two separate camera systems, the Android phone, and a webcam connected to the RoboRIO. The Android phone system is the same system that we used last year but trained for this year’s boiler targets. We worked on getting the phone mount ready to mount on the robot. The webcam will be used for the gear placement; it connects to the RoboRIO via USB and serves live video to SmartDashboard via MJPEG. We were able to view a live stream of video on SmartDashboard, and we began work on identifying the boiler targets with the webcam’s stream on the RoboRIO.

We also worked some more on the Autonomous Pathing system.  First, we got the pathing system working with the new RobotState class, replacing the old Odometer class to keep track of robot position and heading.  We also added linear interpolation to the lookahead point of the last segment of the path.  This was in order to fix a problem where the robot would jerk sharply at the end of the path, causing its heading to end up out of place.  Finally, we worked on tuning the wheel radius so the RobotState class would give a more accurate position. After making these improvements to the pathing system, we worked on tuning PID for the drivebase using the built-in talon PID control. Tuning Kf went smoothly, but we ran into some problems with tuning Kp.  Even extremely small Kp values would cause the robot to turn wildly, and we weren't able to find out exactly what was causing this problem today.