Day 24 and 25: Continued Assembly and Programming

We have almost completed wiring on the practice robot. We are waiting on a few competition subsystems to be assembled then we will be moving on to pneumatics. Last night, we had the robot shooting a few balls. Once we finish the hopper, we should be able to practice driving. The programming team finished vision tracking to auto-aim at the vision target on the goal. 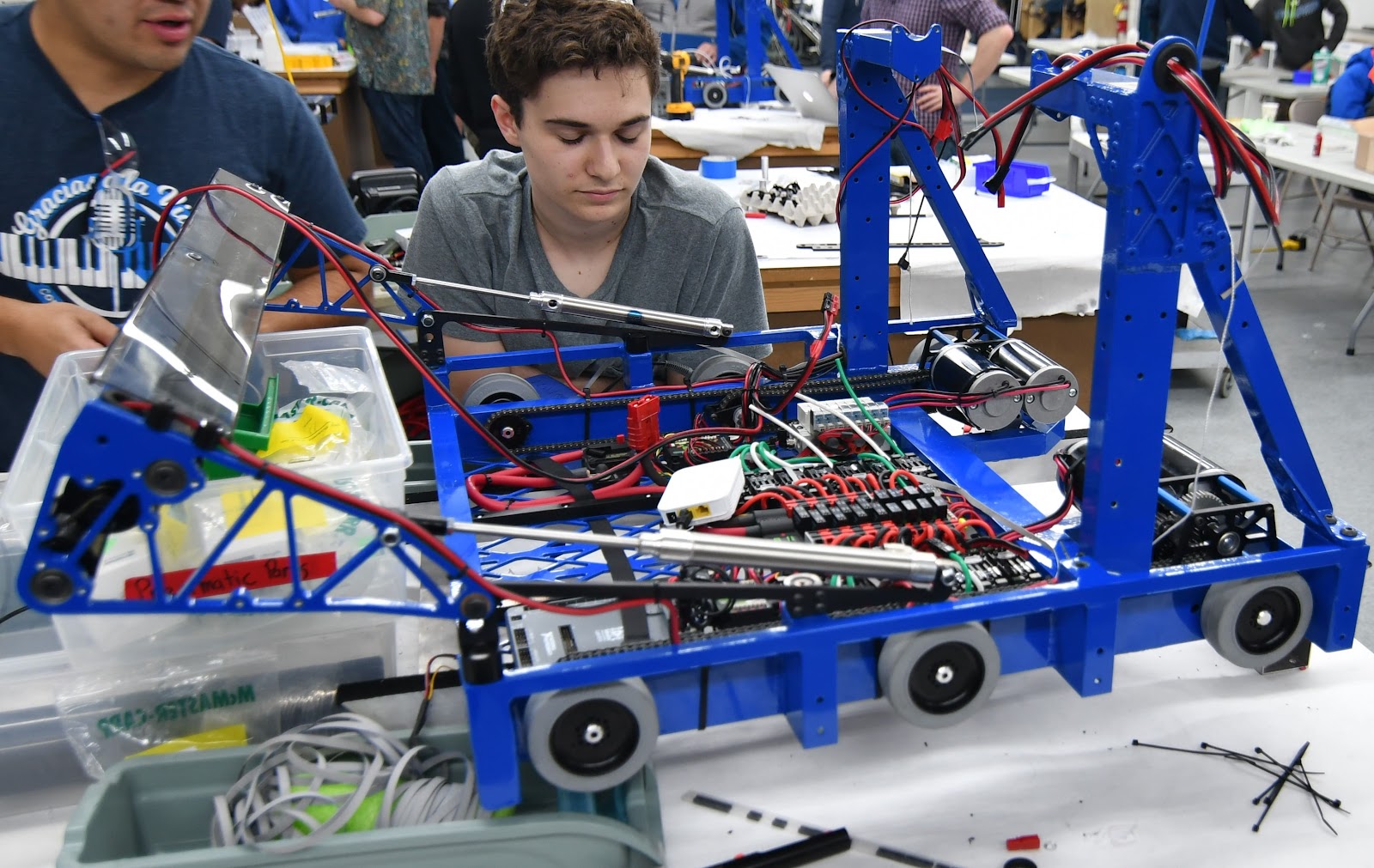 We assembled the hopper floor. The hopper floor originally had a .0010 nominal distance for the pulleys. After making the plates, we found that such a small distance caused too much tension, so we had to redesign it. We then, laser cut 5 different plates ranging from .0020 – .0060 of an inch.The .0060 of an inch measurement was the best way to go. Then, we put this measurement into the CAD and remachined those plates, which were put together. But, it was still too tight and required spacers in the standoffs. We put the spacers and it improved feeder consistency and reduced feeder tension. For the feeder, we had no way to service the 775’s due to very quick design restrictions, which would not be good at competition. So, we created holes on the side and top polycarb plates on the chute itself.

Today, we worked to lock down the design of the climber for the robot. We will be using a winch which it connected to a power take-off from the shooter to use the 4x 775 pro motors there to climb. The winch starts stowed against the hood and is deployed by pneumatic cylinders to the perimeter of the robot size box after the start of the match. Note that there will be hard stops (rope or cable) so that the force of hanging does not pass through the pneumatic cylinders. 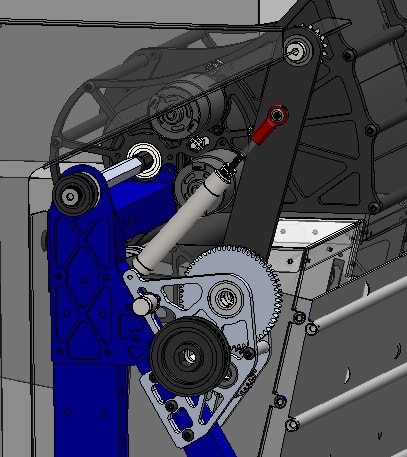 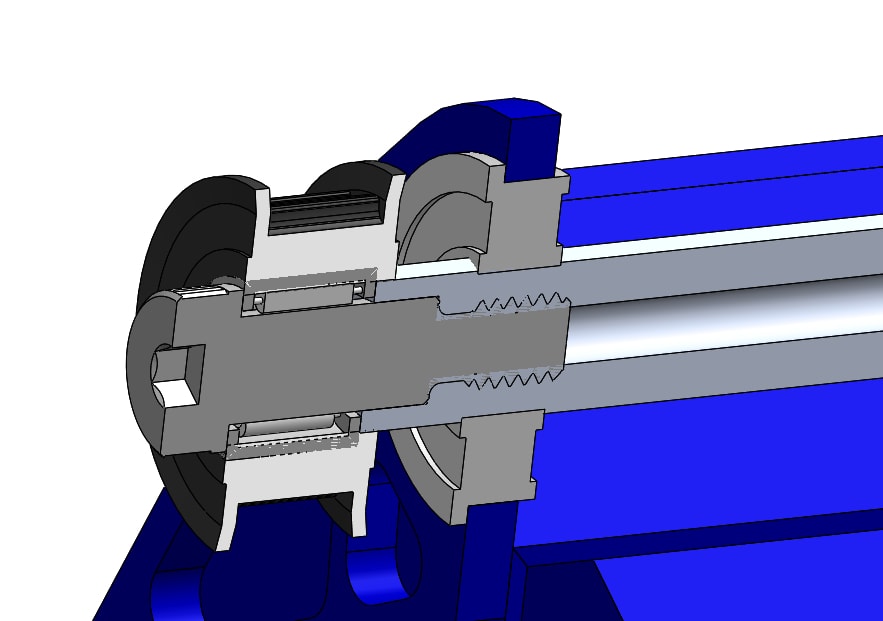 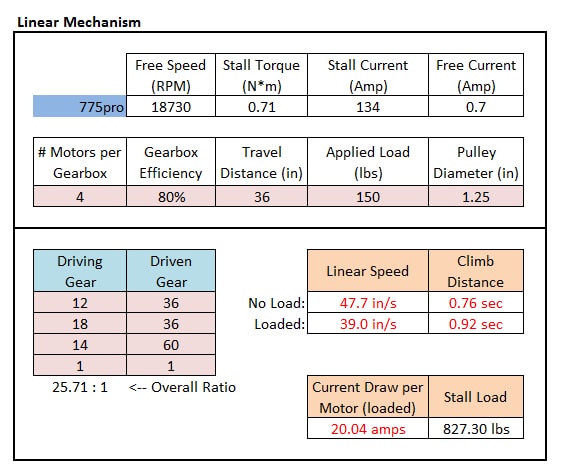 We plan to spool up a piece of velcro-coated webbing on a 1.25" diameter 1/8" wall thickness aluminum tube. FEA simulation shows that the expected bending on a 23" long tube of these dimensions should be around 1/16" in the middle (with purely elastic deformation).

Work still needs to be done on detailing the right side support plates, and the drum.

Today, we worked on building the bumpers for the robots. We made 4 bumper frames, secured pool noodles to the outside of all 4, and put sailcloth around 1. We will finish up the sailcloth tomorrow, and we plan to put on the team numbers soon as well.

We assembled and began to test the existing gear mechanism with the "fingers", but it had a few flaws. One group worked on fixing the existing gear grabber, while another prototyped another design using compliant wheels and a polycarbonate wedge on the bottom. The initial prototype was promising, but needed some work in order to be consistent. We plan to continue working on both tomorrow.

We began integration of the autonomous path follower into the main framework of our code and began debugging the path follower.  We discovered some issues but were able to solve most of them.

Today’s biggest accomplishment was finalizing all the state machines for the Superstructure. Because of this, we were able to automatically detected the boiler goal, align to the boiler, and shooter balls towards it. This is a major step forward since we were able to integrate across multiple subsystems.