Today, we started by receiving news that after visiting 3 anodizing places, we could get parts for our hopper and hanger anodized for the competition robot. After calling, we knew that we would receive parts by 4, so we had to get everything ready for that time. The first thing we did was find every screw, every tool, every part, needed to assemble those subassemblies the moment they arrived. We then, finished the side panels and assembled the hopper. As soon as the parts arrived, we built up the entire robot and cleaned it, the best we could. We proceeded to take robot photos, and then diagnose the robot.

We found the shooter to have some issues that need to be dealt with, but physically fixing them must be pushed off until SFR. The robot was bagged around 10 minutes before 9pm. 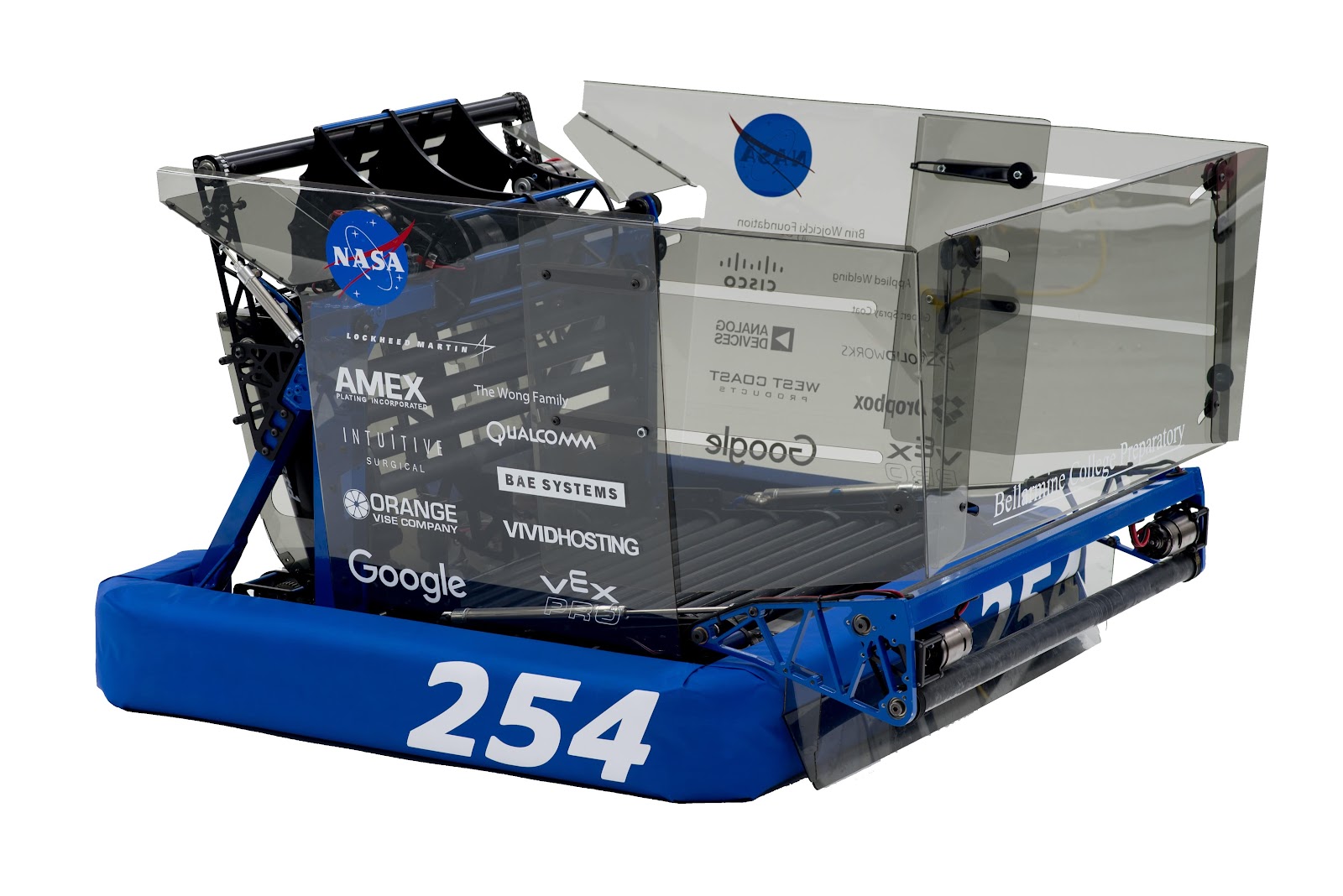 Yesterday, we worked on assembling and attaching the hopper container. While we waited for the anodized parts for the hopper floor and climber to come in, a group of students worked on assembling the main components of the hopper while carefully avoiding smudging the sponsor side panels before pictures. After prepping everything and waiting for other subsystems to be assembled and attached, we riveted and bolted on the hopper in under 10 minutes to allow media time to take pictures and then carry out any final checks before bag and tag.

Today, we worked on tuning our autonomous program some more. We discovered that the bug from yesterday was caused by two segments of the path not lining up, causing the pure pursuit controller to go out of control as it attempted to move the robot to the correct position.  We managed to get a fully working autonomous mode that scored a gear, activated the hopper, then shot around 40 balls into the boiler.  We noticed some inconsistencies with the gear scoring segment of the auto, most likely caused by wheel slippage.  We didn't have enough time to fully resolve this issue, so we will continue to work on it this weekend.