On Monday, we worked on making the hopper more rigid as well as tackling other issues with it, including breach of size constraints and inability to actuate field hopper. We brainstormed and tested off of current practice-bot hopper with small team to determine solutions. We plan to change the front extension components to prevent them from expanding sideways by making it one piece. We will also lower the hopper to fold over the intake to give it greater strength and rigidity. As a result, the hopper will fold have slightly less volume for ball storage, but much greater strength. 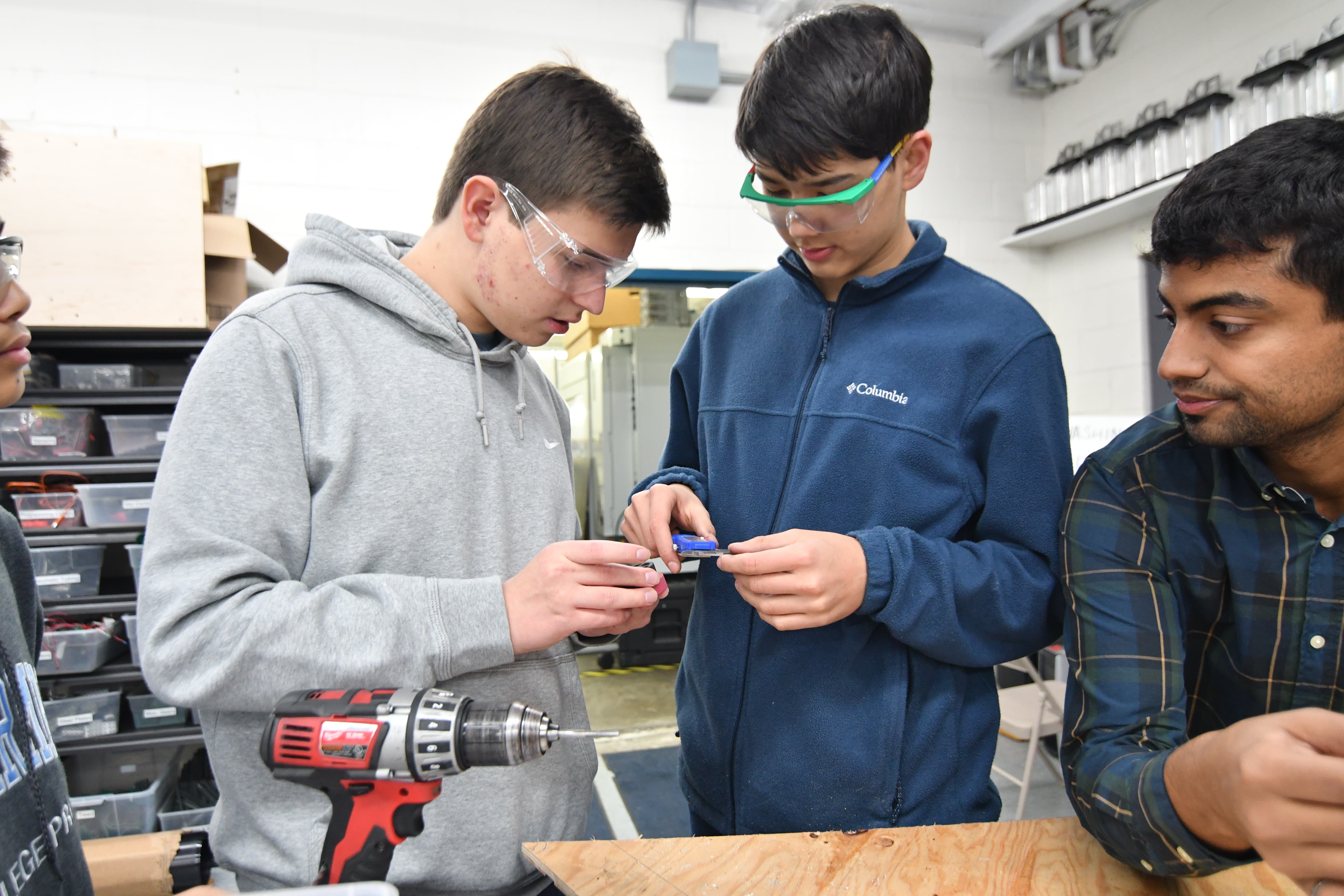 We constructed a new top roller for the hopper floor. We also made few wedges at different angles to see which angle was best in directing each ball towards the shooter. Once we find the ideal wedge angle, we tested it. It worked well during the first test, but it was not consistent. Next time, we should keep experimenting in order to find the proper wedge angle.

We continued testing a ball counter for the shooter, but we were not able to count balls fast enough with the shooter on full power. For the counter, we’re using a Sharp distance sensor and creating a threshold that returns true when a ball is within range of the sensor. It is likely that our voltage threshold for the ball counter is too wide, causing some balls to not be detected. 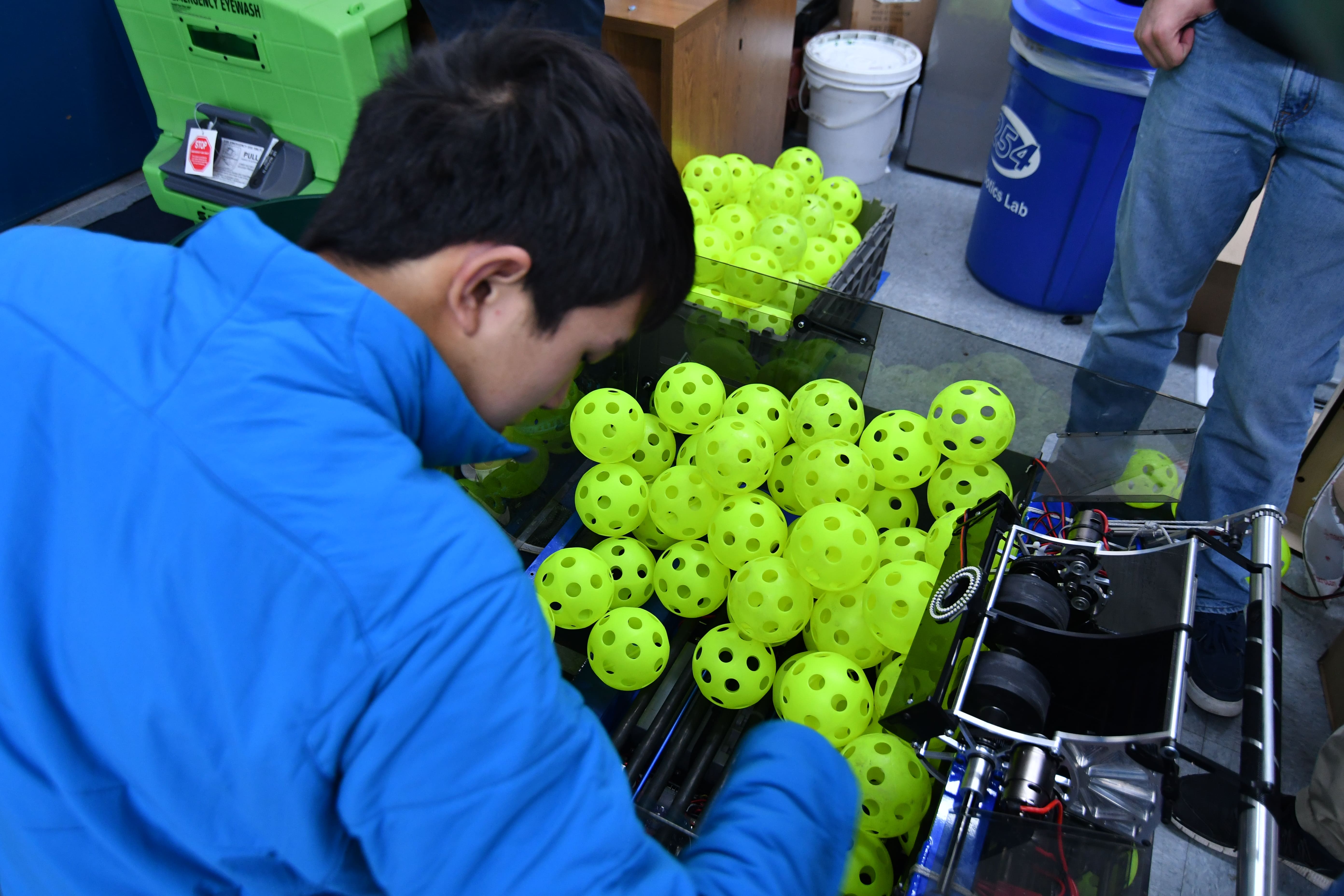