Today, we worked on designing and testing the roller gear grabber. We installed a prototype onto the programming robot, and it worked somewhat well. When we drove into a gear directly, it was always ours, but it was narrow and difficult to always aim correctly at the gear. We played around with passive funneling, but were unable to significantly improve the width from which we can intake because of the sidewalls of the rollers were too low. Griffin and Colin are currently designing a new gear grabber that will likely funnel more effectively, and we plan to have it on the robot and testing it on Friday.

We took the top roller prototype that we have been working on, and added a center wall. The one from Monday was not long enough, so we extended it and stiffened it. We found this to help immensely. We also added zip ties across rollers to help the balls move across faster. We have reached a point where we are comfortable and confident with the floor. 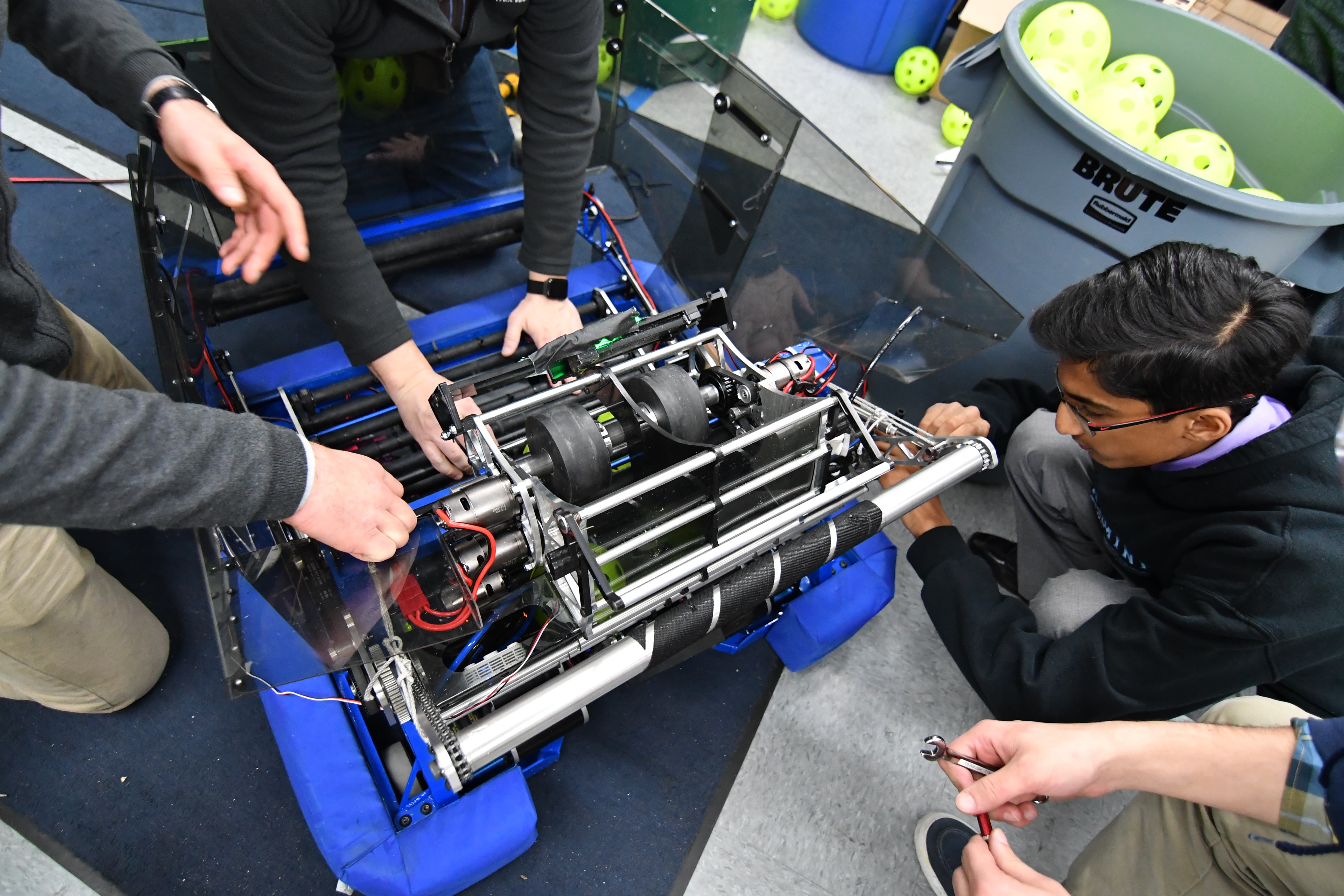 We made progress on the hopper improvements in CAD and the redesigned Gear Grabber. We determined the geometry for the gear intake, designed the gearbox, and made the basic assembly that will be developed upon later.

Today, we worked on improving the web interface for the autonomous pathing tool.  We improved the overall aesthetic of the app, and added several new features. These include the ability to see robot start and end rotation, and having the path colored based on the current speed of the robot.