The design of this shooter is based around two rollers feeding into two wheels that spin rapidly, compressing and shooting the ball into the goal. When we tested this prototype, we found it shot very wildly. We figured we needed another wheel above the first two to act as an active hood in order to improve accuracy. We then cut into the plate to make room, and lasered new plates. This new design worked slightly better, but it needed more compression, so new plates were lasered and assembled; however, we ran out of time to test it and will test it next time we meet. 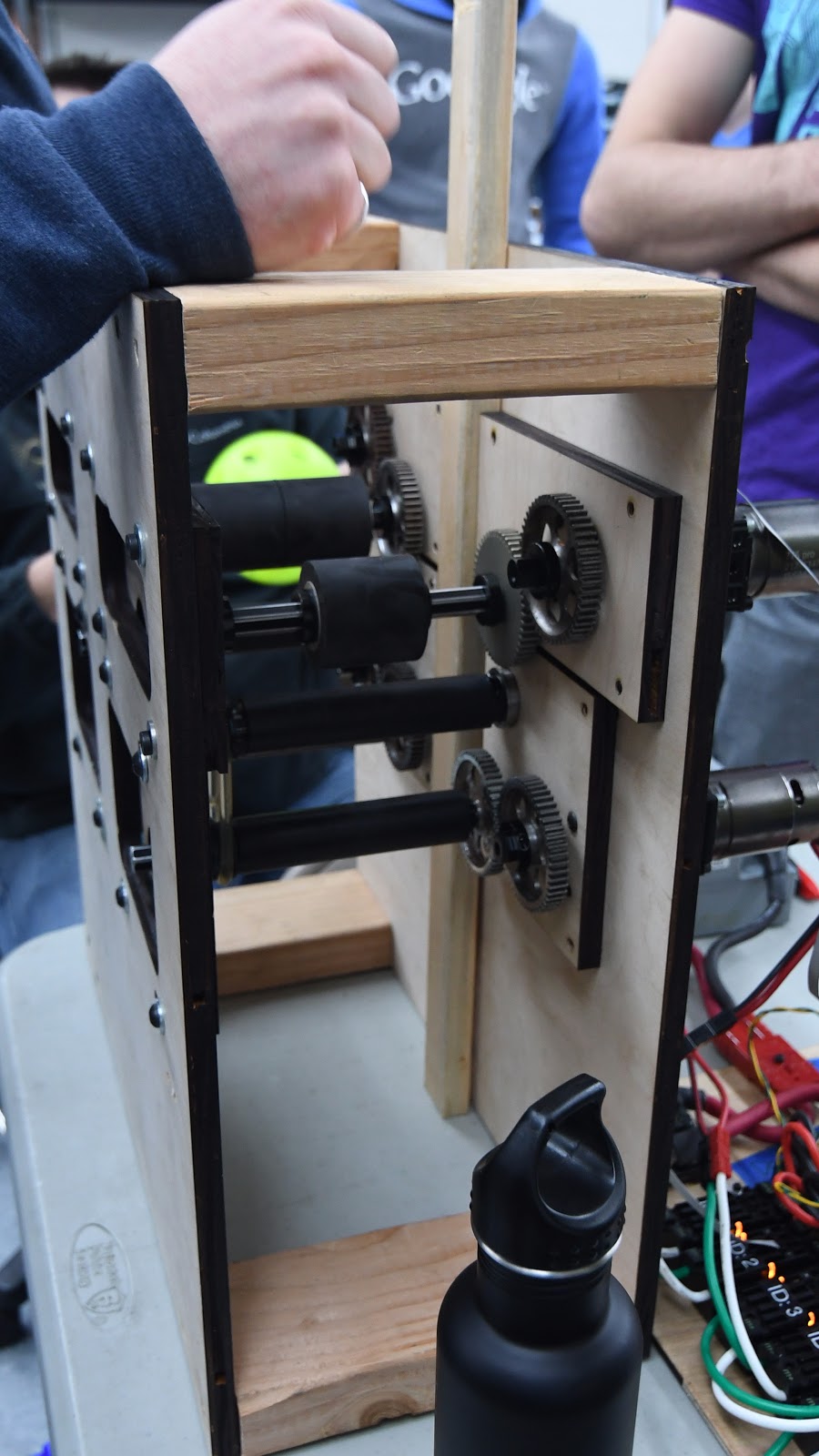 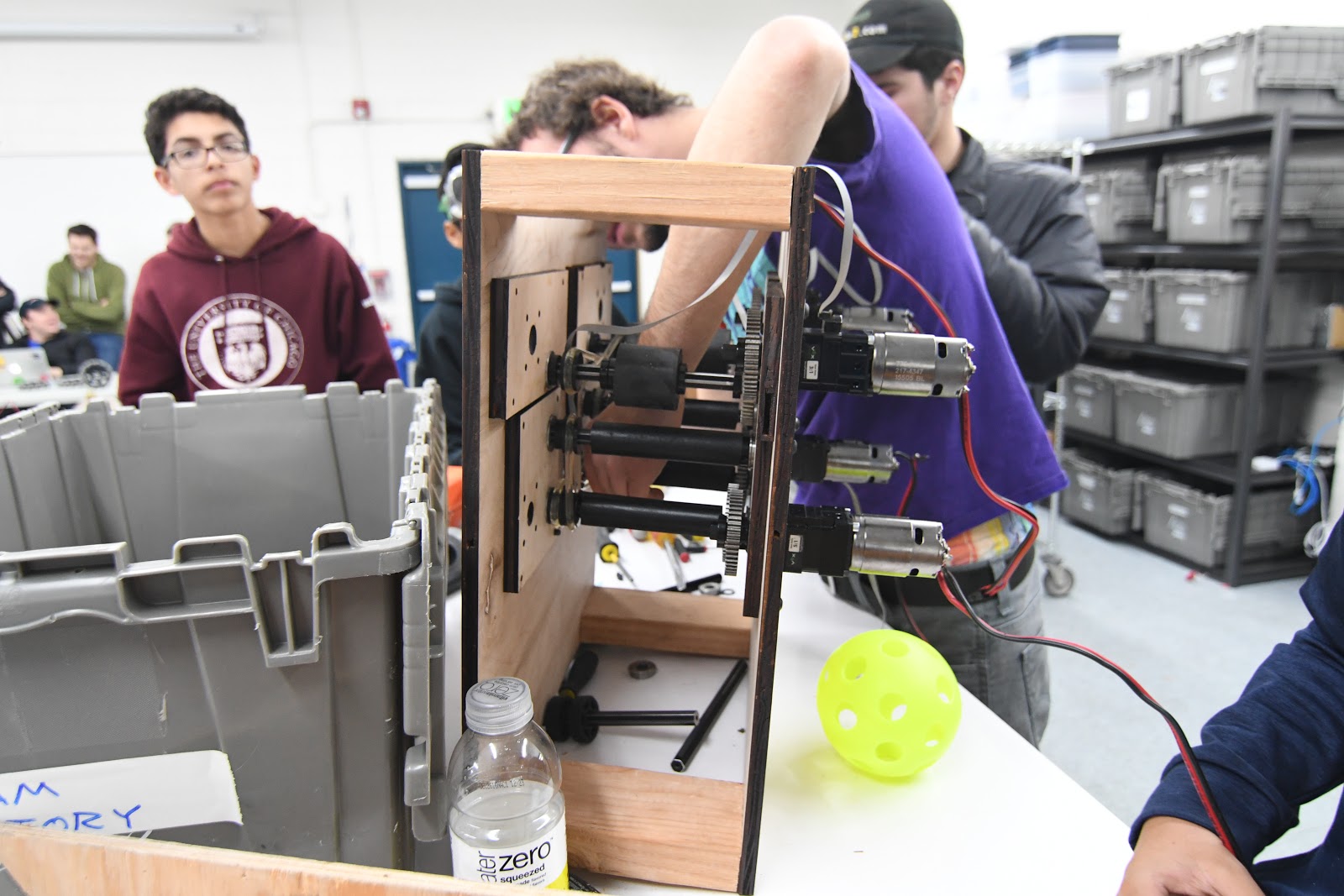 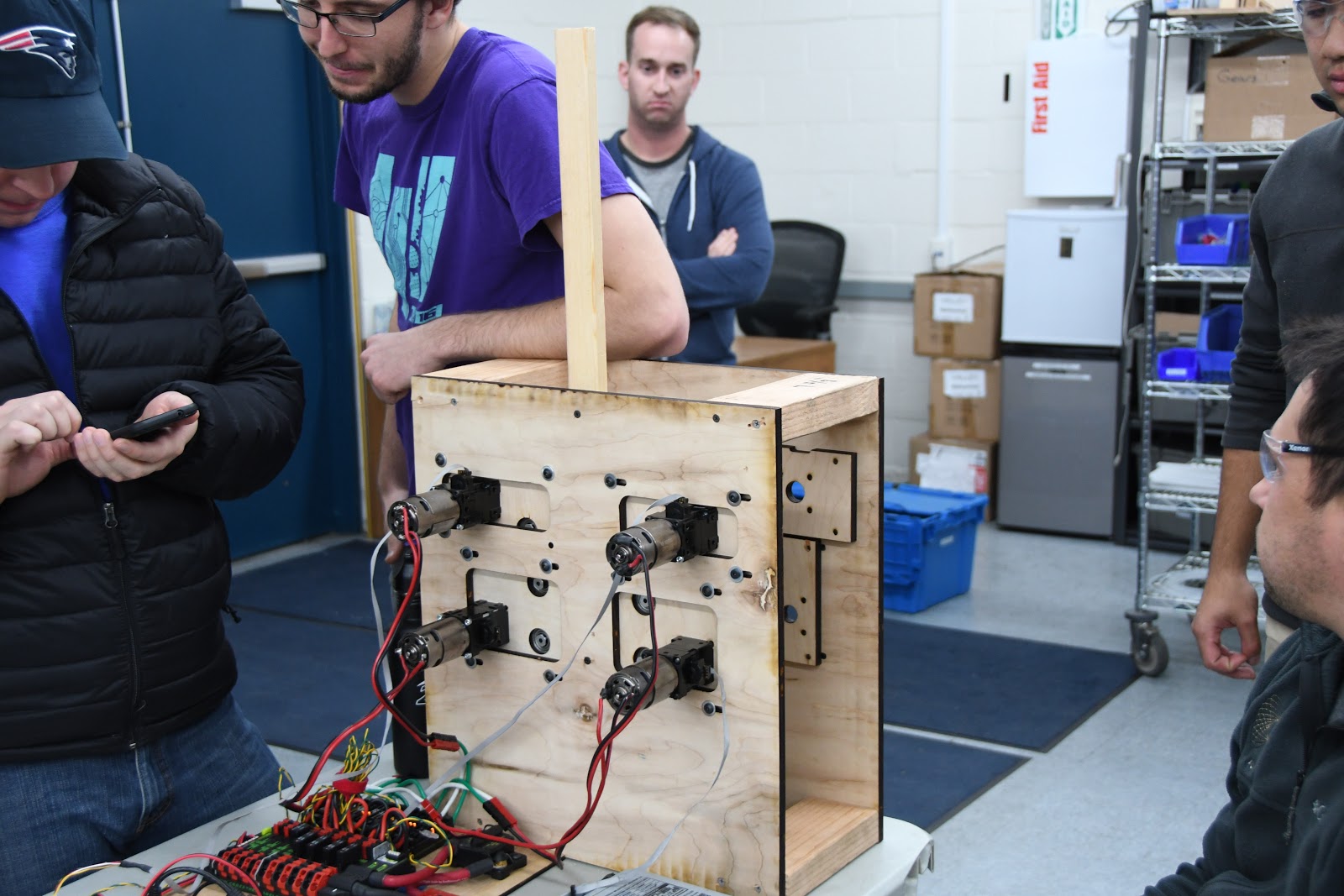 Today, we worked on prototyping a polybelt shoot using a design which was designed outside of lab hours. We began by modifying the design to work alongside the polybelt, as the original design assumed that the center to center distance between shafts could change. After changing the design and cutting new plates, we assembled the shooter. We used a 775 Pro motor with a VersaPlanetery gearbox with a 5:1 reduction. After testing it and finding that the roller speed was too slow, we replaced the 5:1 with a 3:1 and found an immediate improvement. We also increased the compression on the balls on our feeding mechanism by adding polyurethane strips to our feeder plate. While our shooter was able to shoot balls, accuracy was low and there was a significant amount of variability between shots. We were not confident about what the issue was, but we now are sure that we need to provide more energy to the balls and in a more efficient manner. 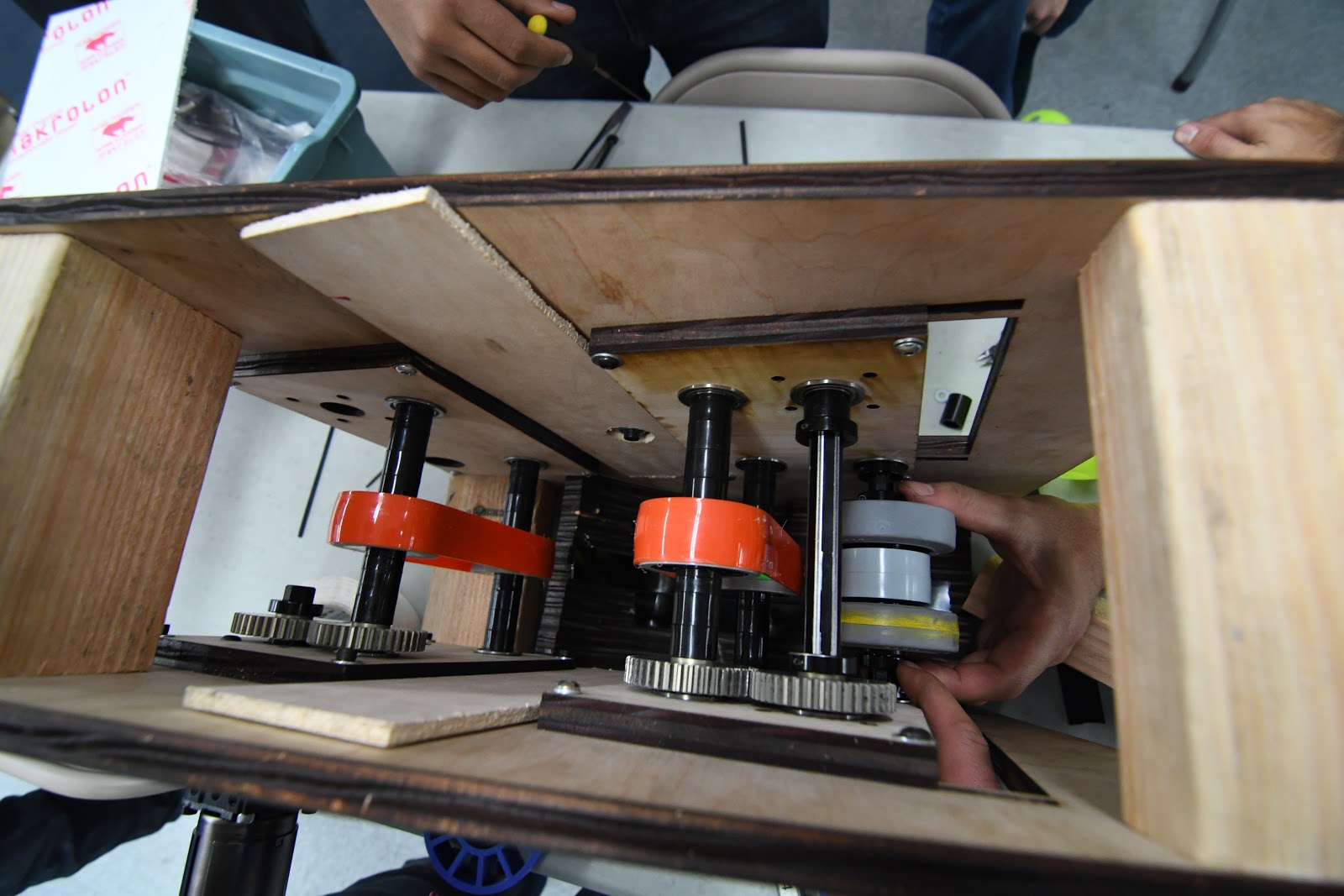 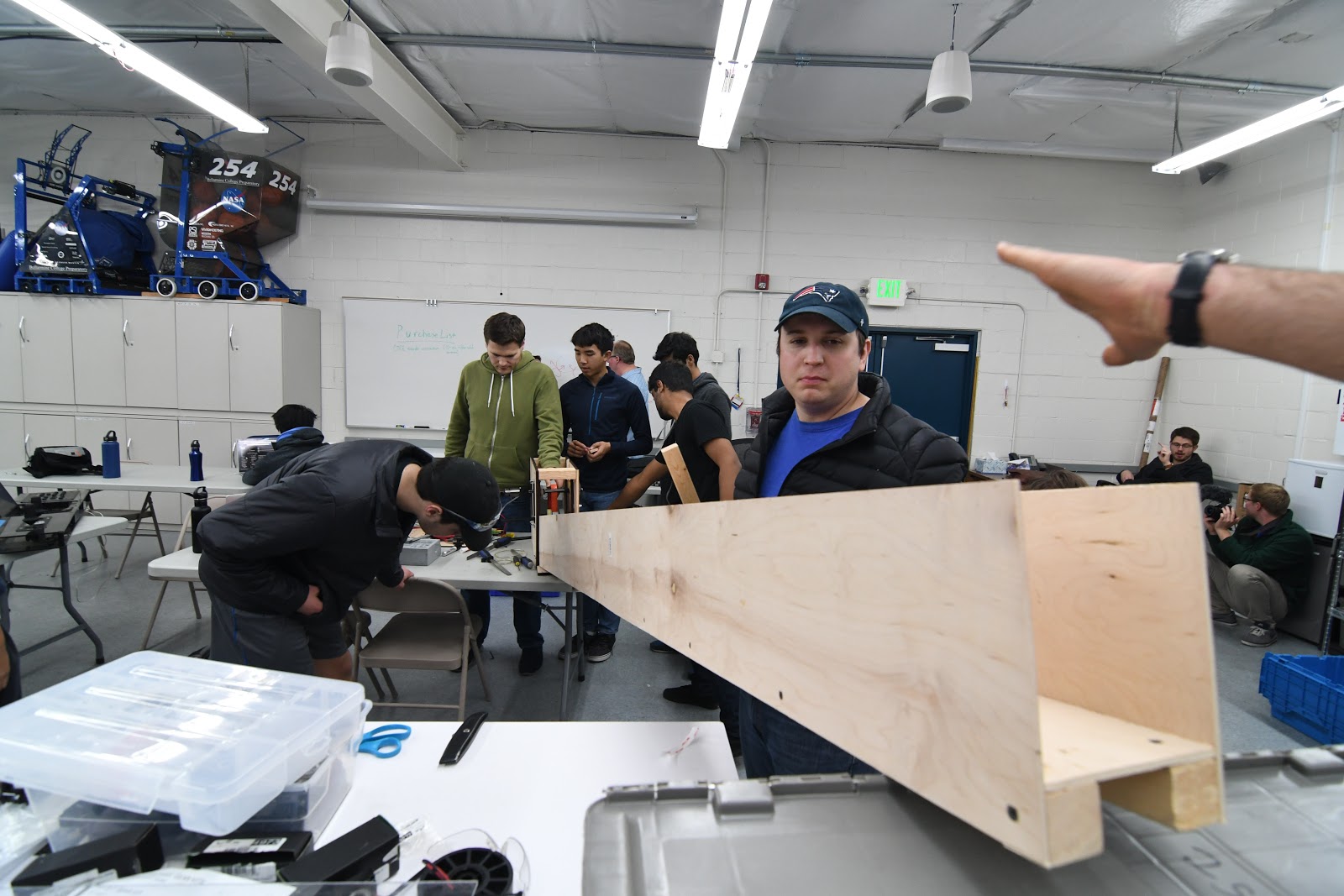 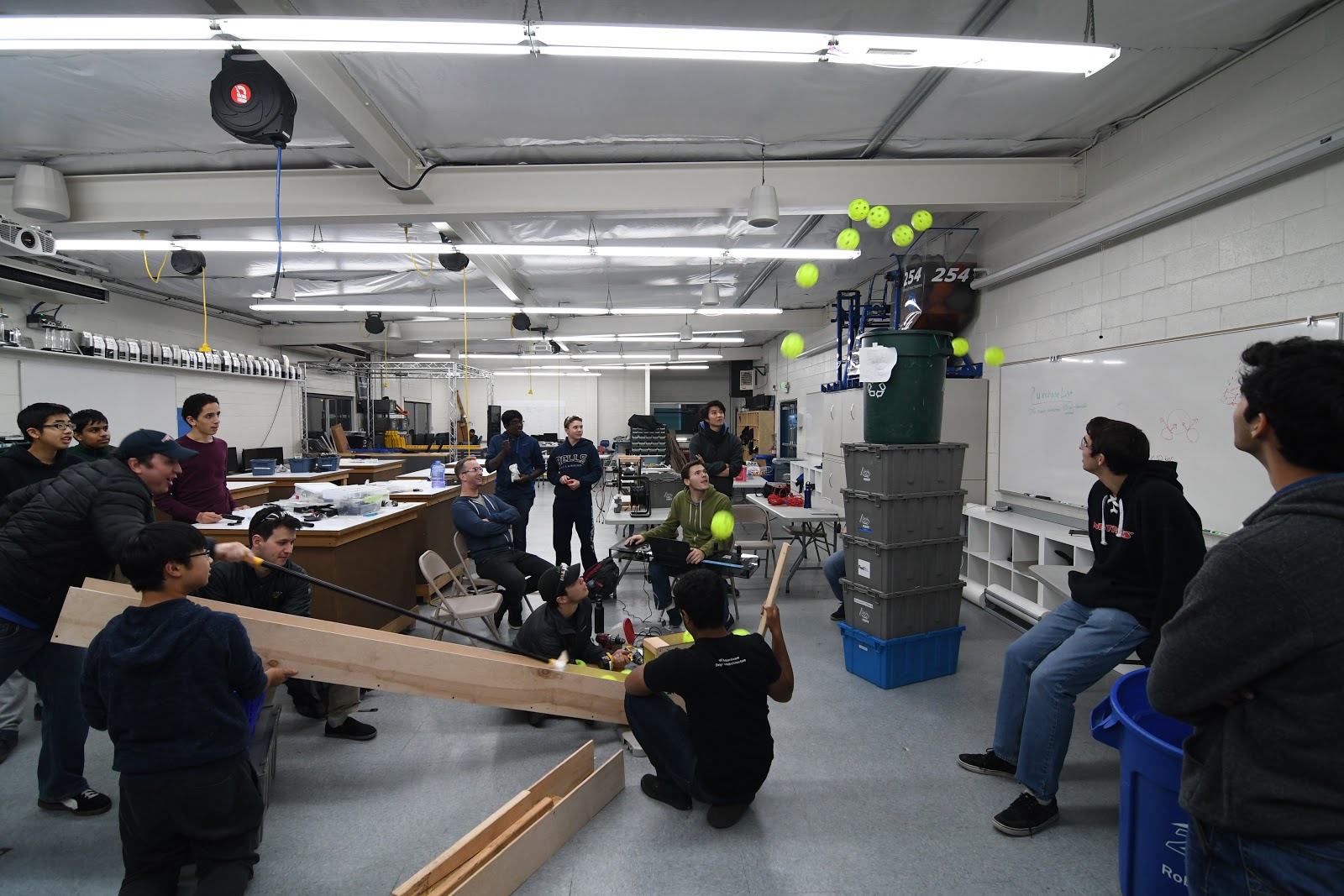 Early in the season we modified dropshot to shoot the fuel balls. We are now working on a new version that will have a powered feeder and new rails to shoot the ball. We haven't finished assembly yet.

We debugged some code that was written last build and got it to run on our prototype drive base and we also fixed an issue on our other development board by replacing the radio. Also, the web configuration code that we used in 2015 was ported to this year’s code base for easy constants configuration. With all of the prototypes we were working on, the github started getting messy, so we cleaned it up by branching and adding more files to the gitignore.

Today we worked a lot on Camera Calibration. In the morning, we got some code that allows OpenCV (the library we use for calibration) to directly communicate with the Pixy Cam. Other than some small fuzziness at the bottom of the image, it seems to be working well. In the afternoon, we merged that code with the calibration code. Also, we mounted the dot grid that is used to calibrate the camera, on a piece of wood, so it is flat and can consistently calibrate all of the cameras. 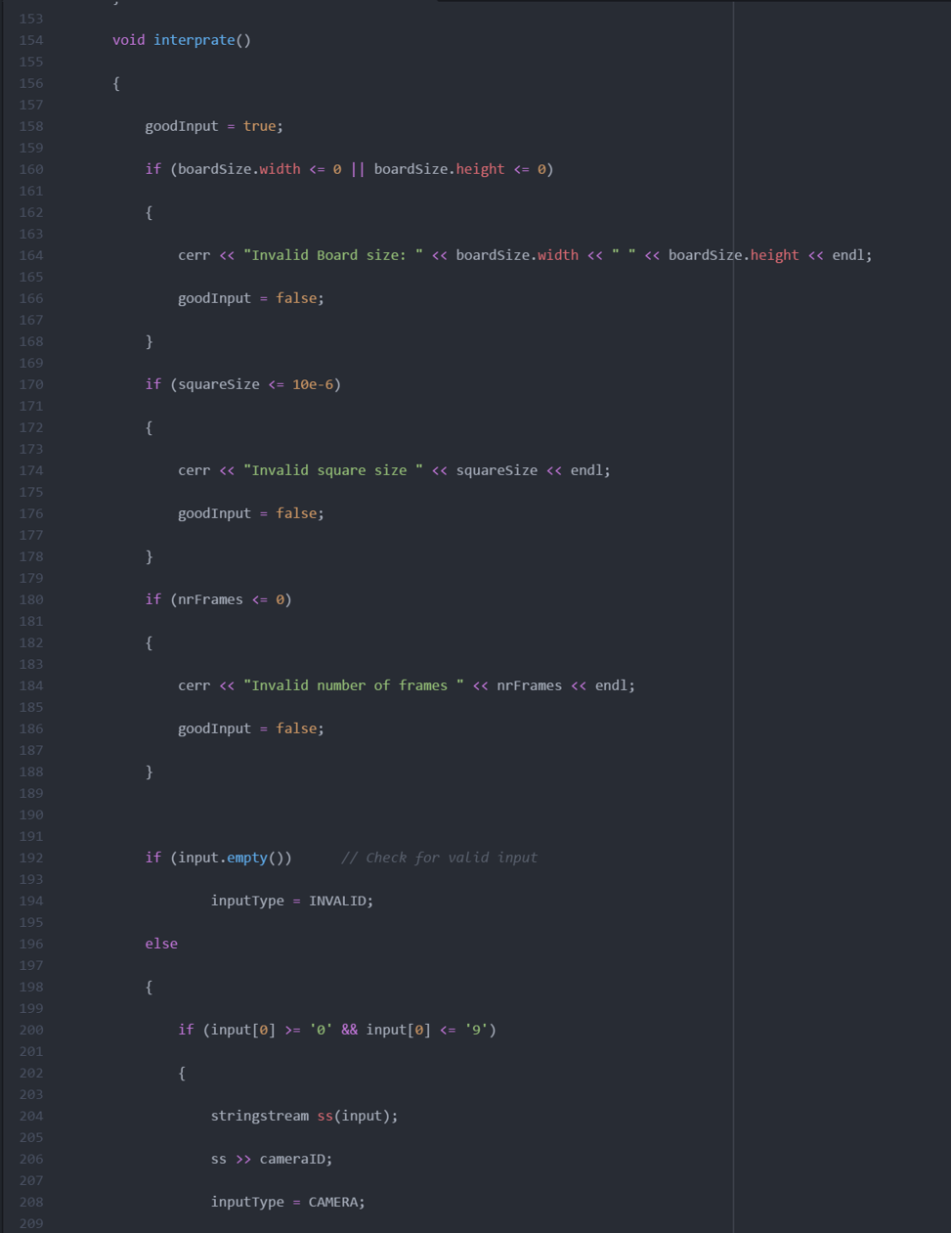 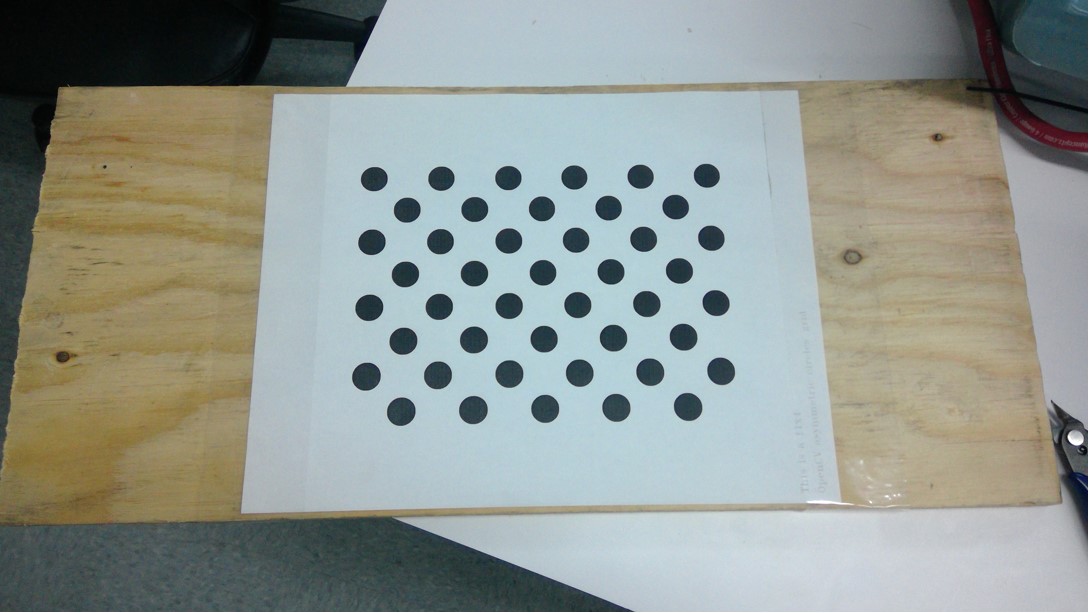 Today we started to build a 1/5 scale model of the high goal of the boiler. What we did was laser cut a CAD of a circle, twice. What we need to do next meeting, is put up the support beam in the middle, and wrap the whole thing in paper and reflective tape. This should be an accurate representation of the boiler that we can use.