Today, the team started with a discussion about our performance in SVR, between all of the mentors and members at the lab. During that, the team addressed most of the issues that the robot had during the tournament, which mainly consisted of getting stuck by T-boning from an opponent, which would cause too much friction escape, as well as improving and testing new autonomous, to cover new possibilities and better reliability. The other issues include general fixing, testing, and making of parts and possible ways to improve our alliances.

During the present team meeting, concerns were raised about possible robots blocking the goal autonomous, so it was decided that another autonomous would be made to suit this situation, shooting immediately instead of waiting for a hot goal. Before we could do this, however, Skystalker had to be fixed, with the router unable to connect to our computers.

Thus, Skystalker had to be fixed up and made taller to test the new autonomous that accounted for goal blocking. For practice, the practice Barrage was also updated and fixed, to catch it up with the competition Barrage at SVR. Then autonomous testing began. 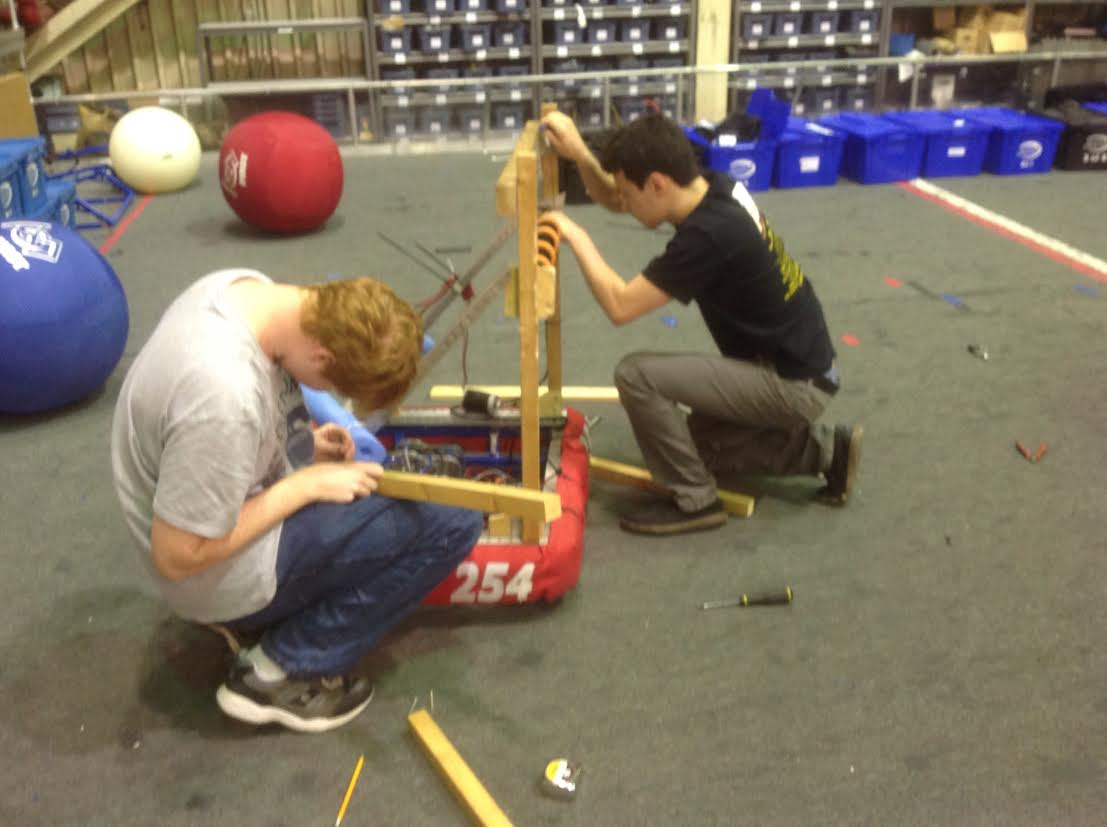 The team additionally had to unpack and reorganize all the parts brought back from SVR, as well as general reorganization of the shelves.

With a large amount of untested batteries, the team also decided to test all of them in preparation for Worlds. This was done by hooking the batteries up to a computer, drawing current, and and calculating the condition of the battery once the current drops in value. Additionally, leads were added to new batteries. 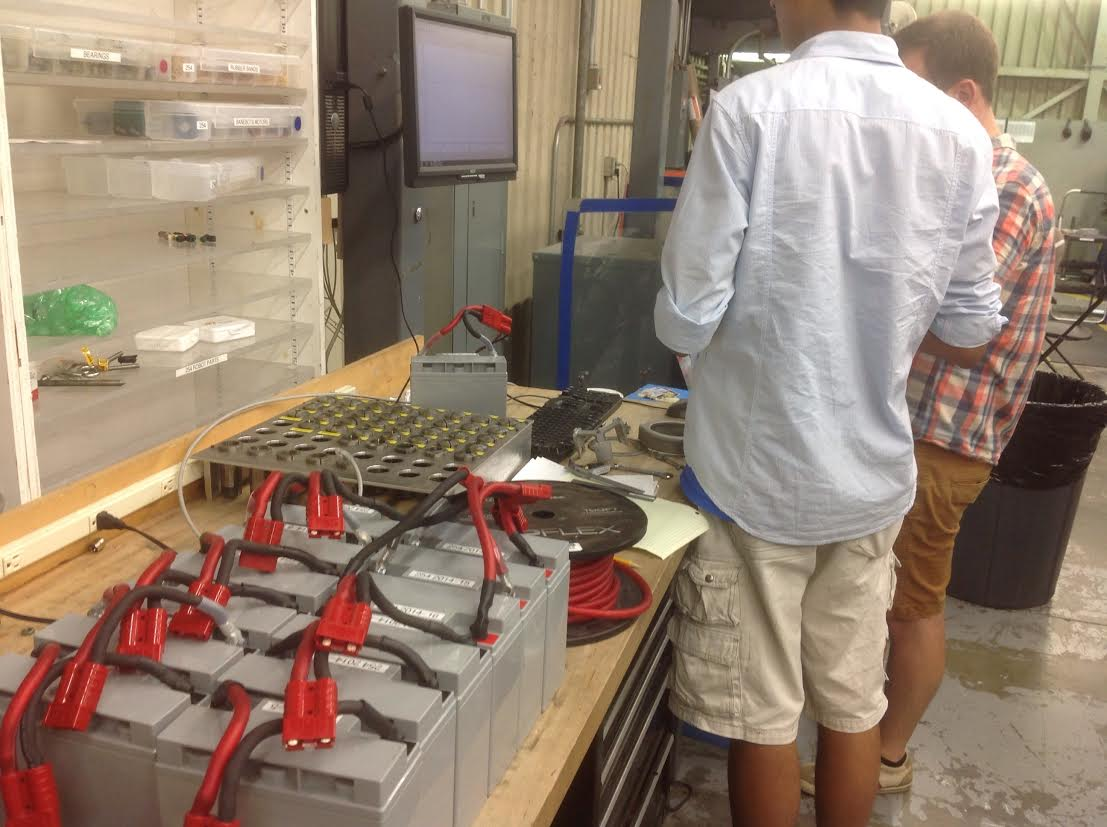 Returning from SVR, the team flyer had to be updated to be current with the SVR version of Barrage. The technical binder also had discrepancies and errors to be fixed. 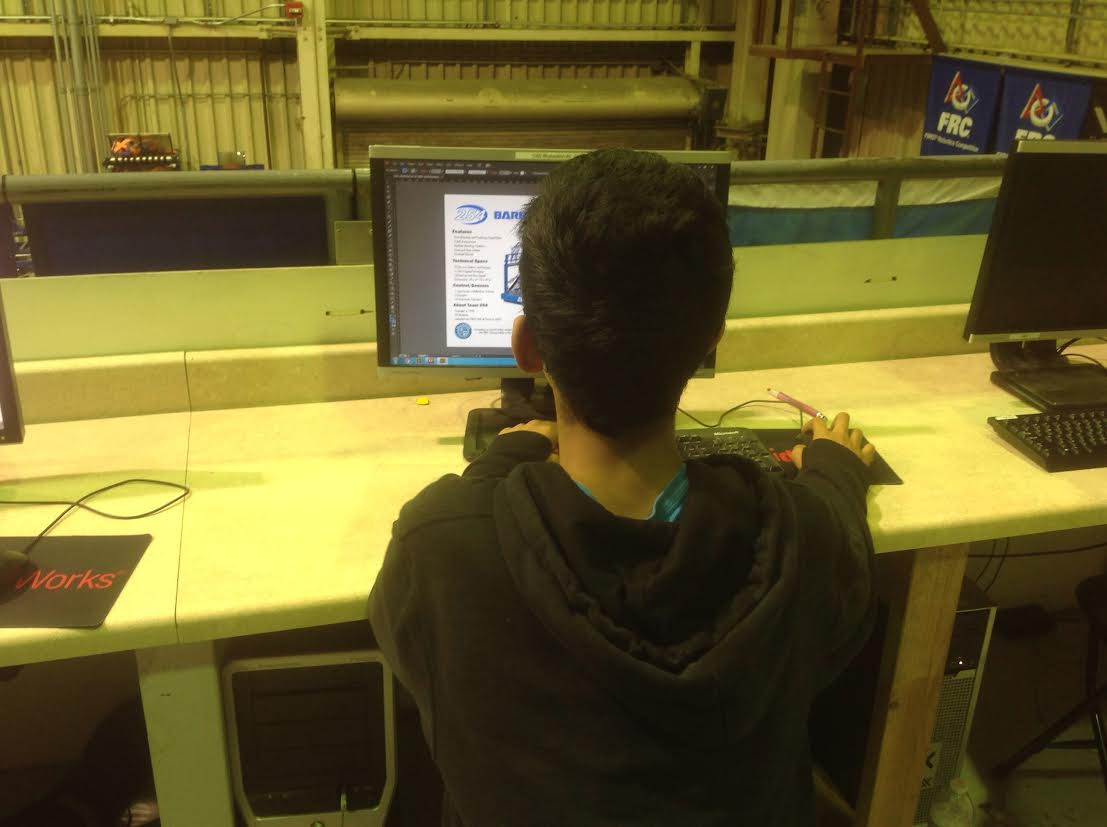