To kick off the day, Godwin Vincent presented an introduction to robotics and how the engineering process is universal throughout every type of engineering. Chris Correa and Andrew Torrance discussed VEX and FRC and its relationship to engineering.

After the introduction, teams split up into groups, and a couple 254 members led each group. After meeting with their leaders and brainstorming their robot design, the students took a short break.

Team 254 then began to demonstrate Overkill, the 2013 robot for “Ultimate Ascent.” The middle school students caught the Frisbees, and some were lucky enough to catch 254 T-shirts thrown by “Shockwave,” the T-Shirt launching robot. Elias Wu demonstrated 254A/F’s VEX Robot, made for the 2013-2014 Toss-Up challenge.

Finally, after their robots neared completion, students tested their robots on the fields and competed against each other. At the end of the day, parents were welcome to view their children’s creations. Overall, this was an awesome event and one we hope to host again in the future. Thank you to all the participants and volunteers! 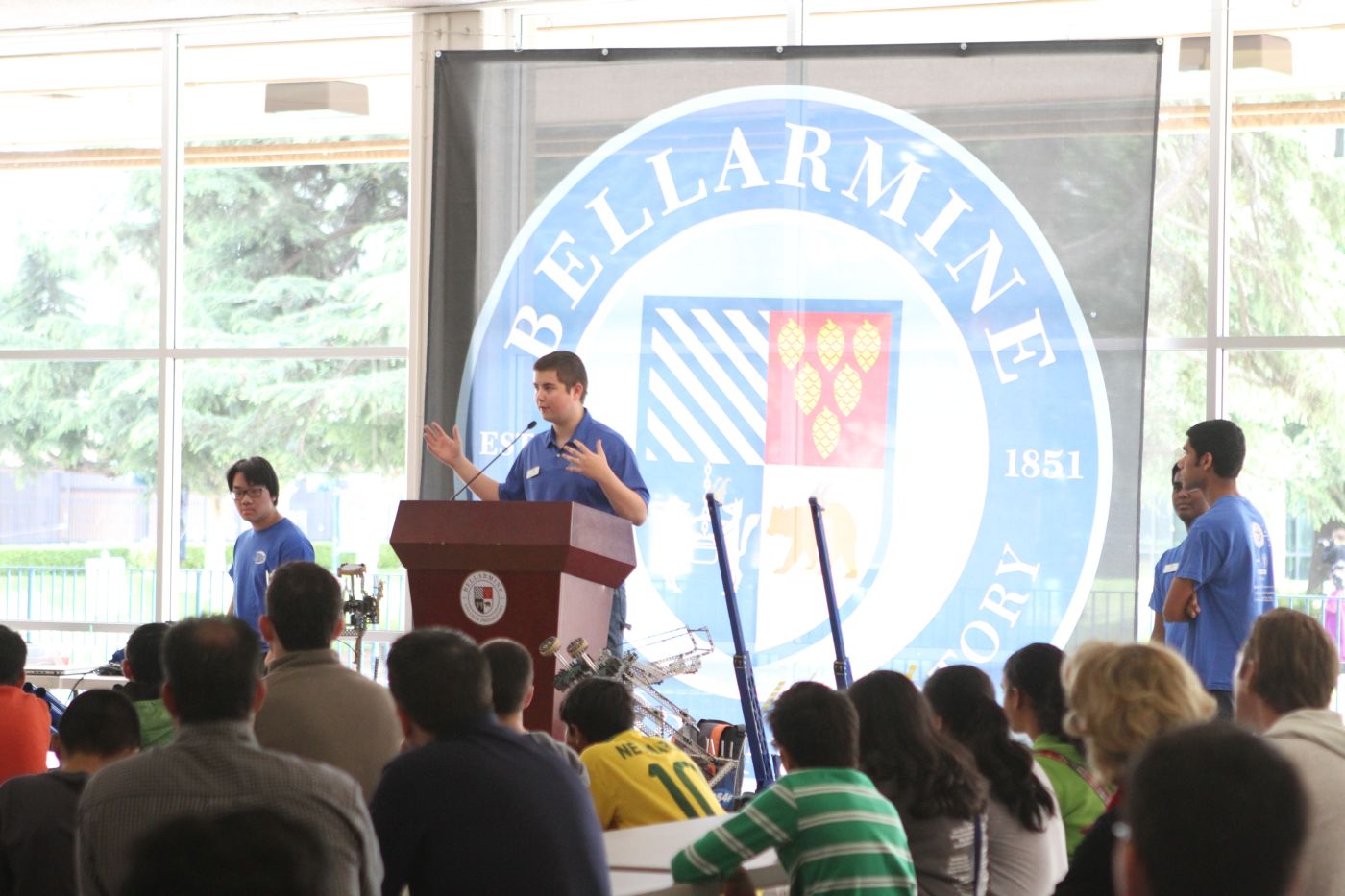 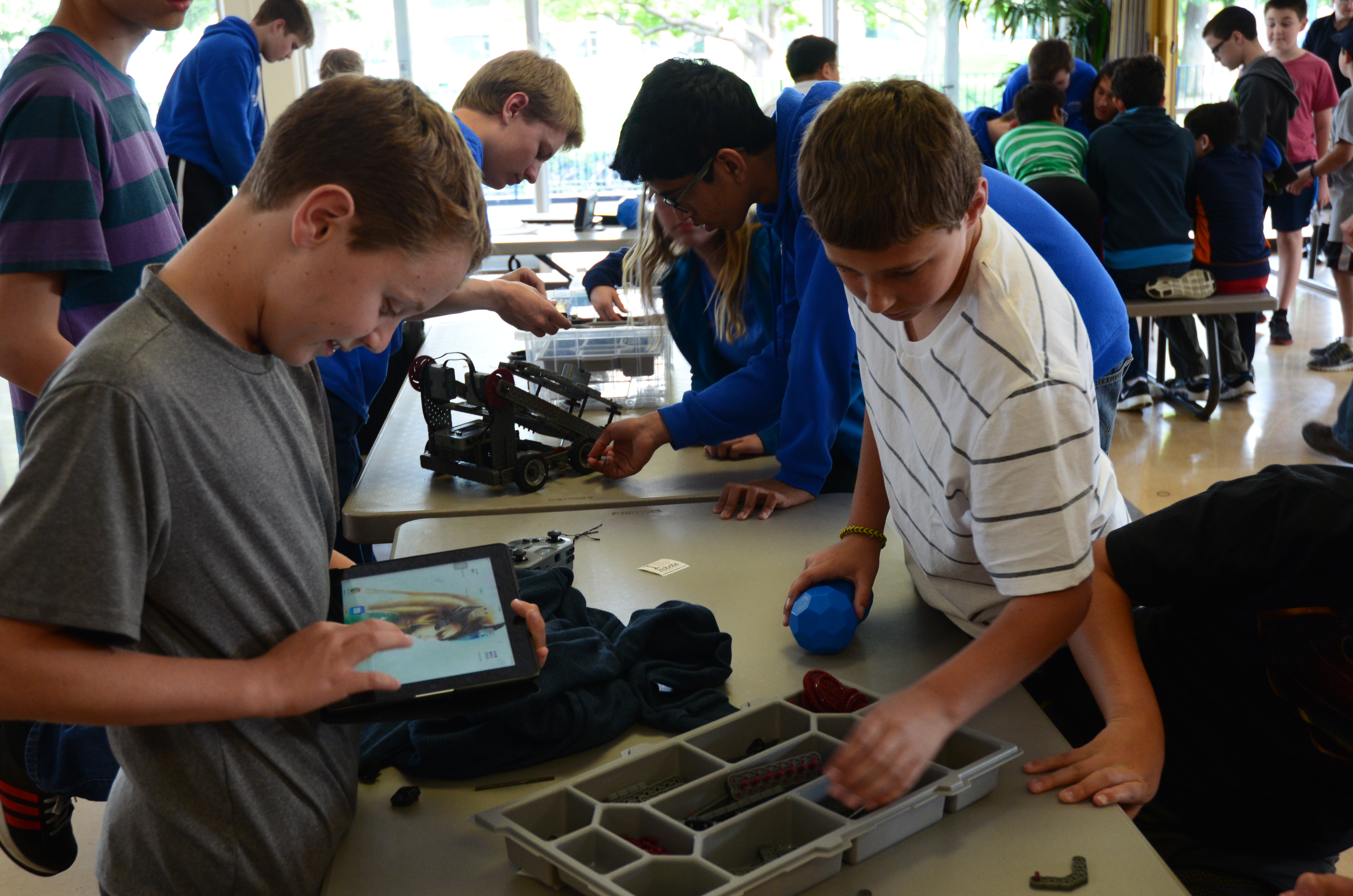 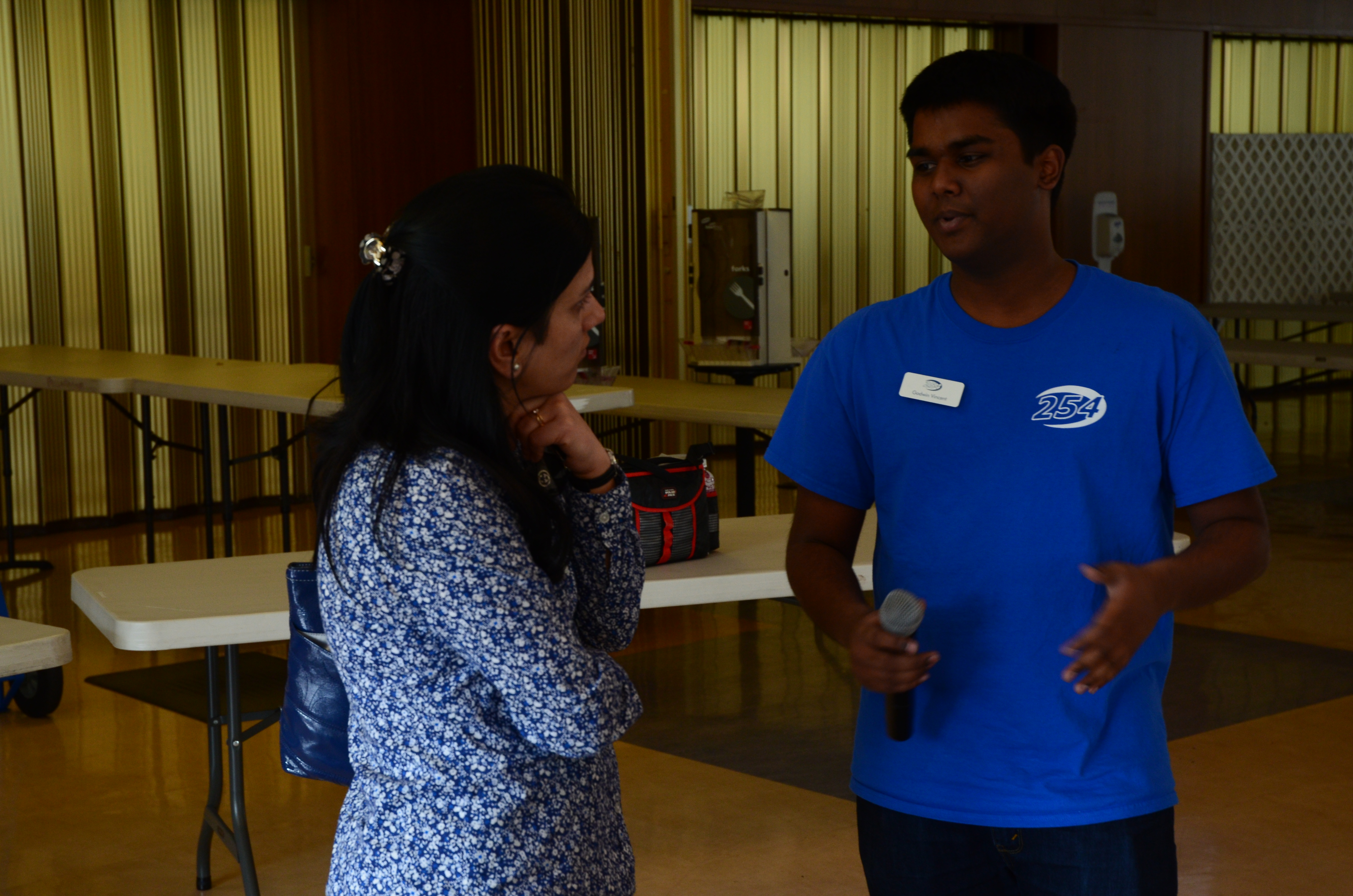 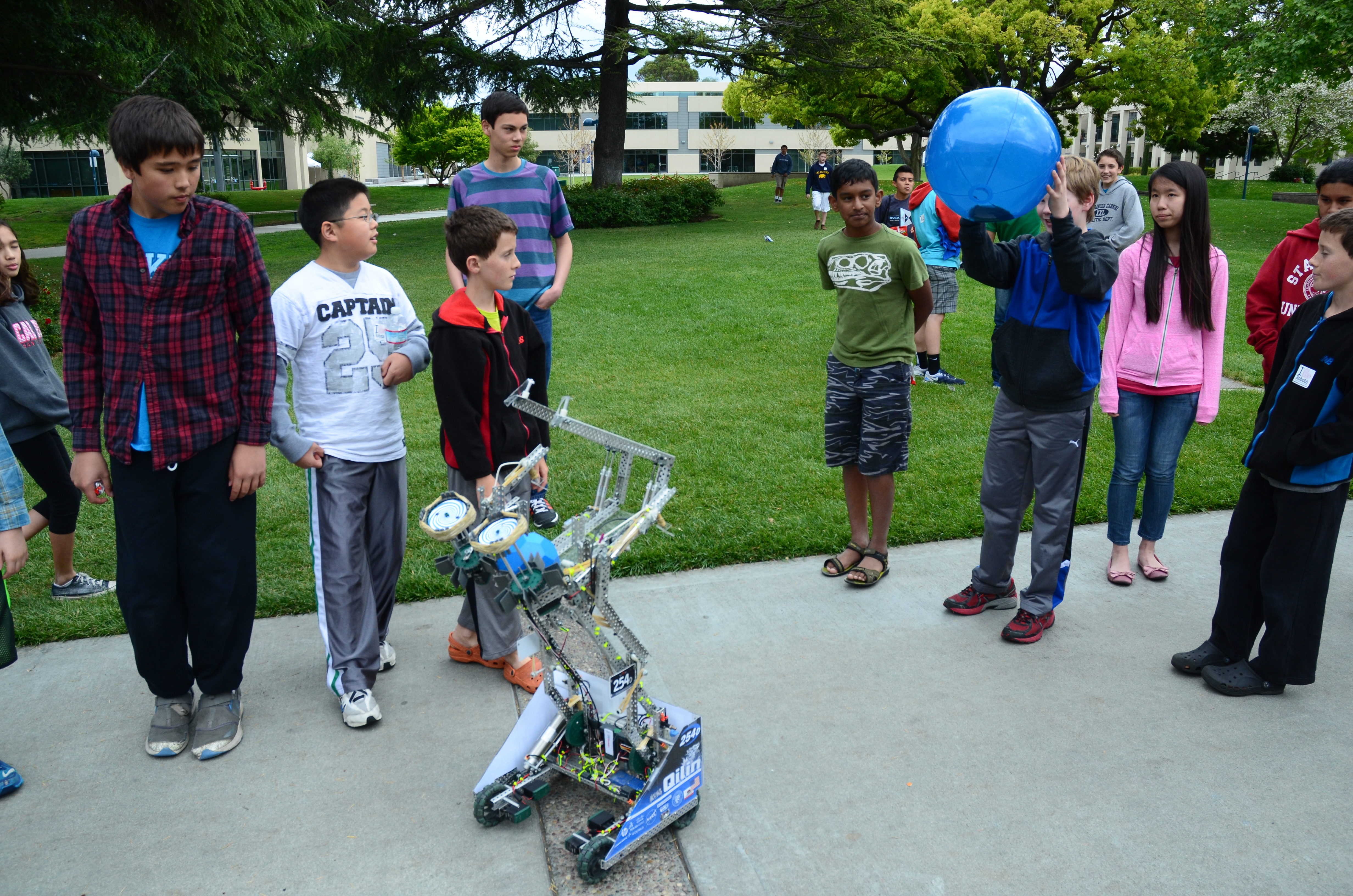 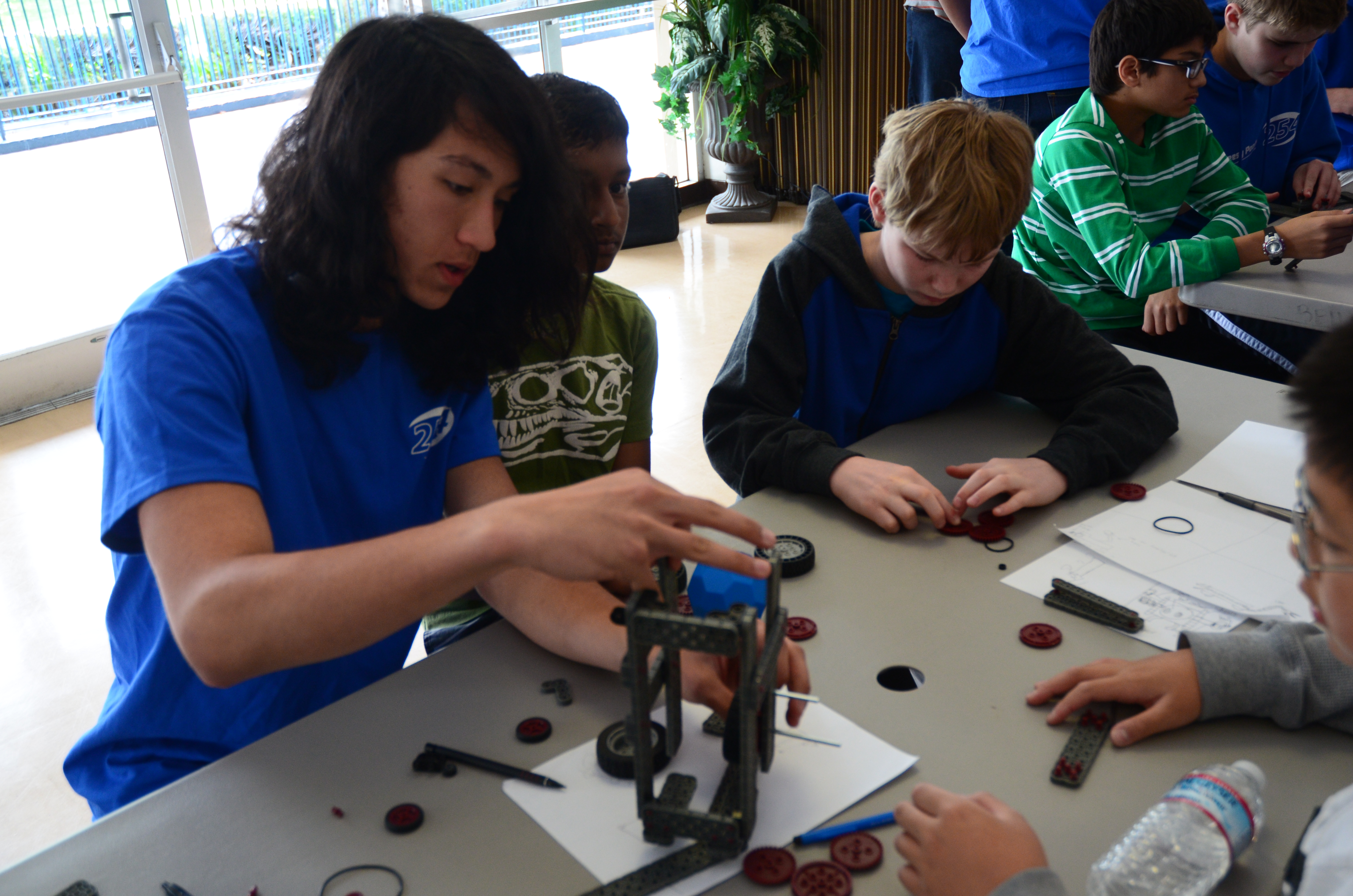 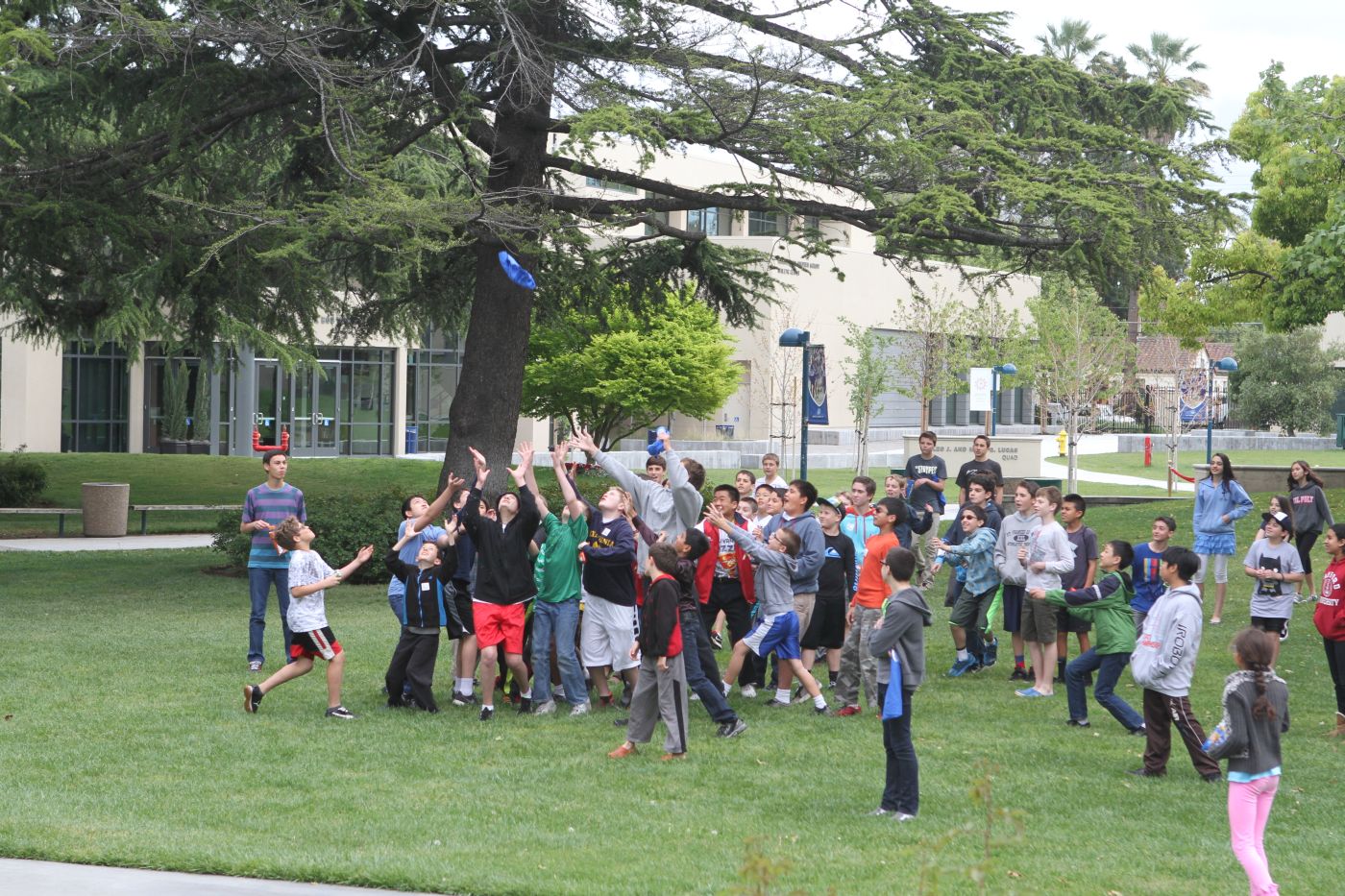 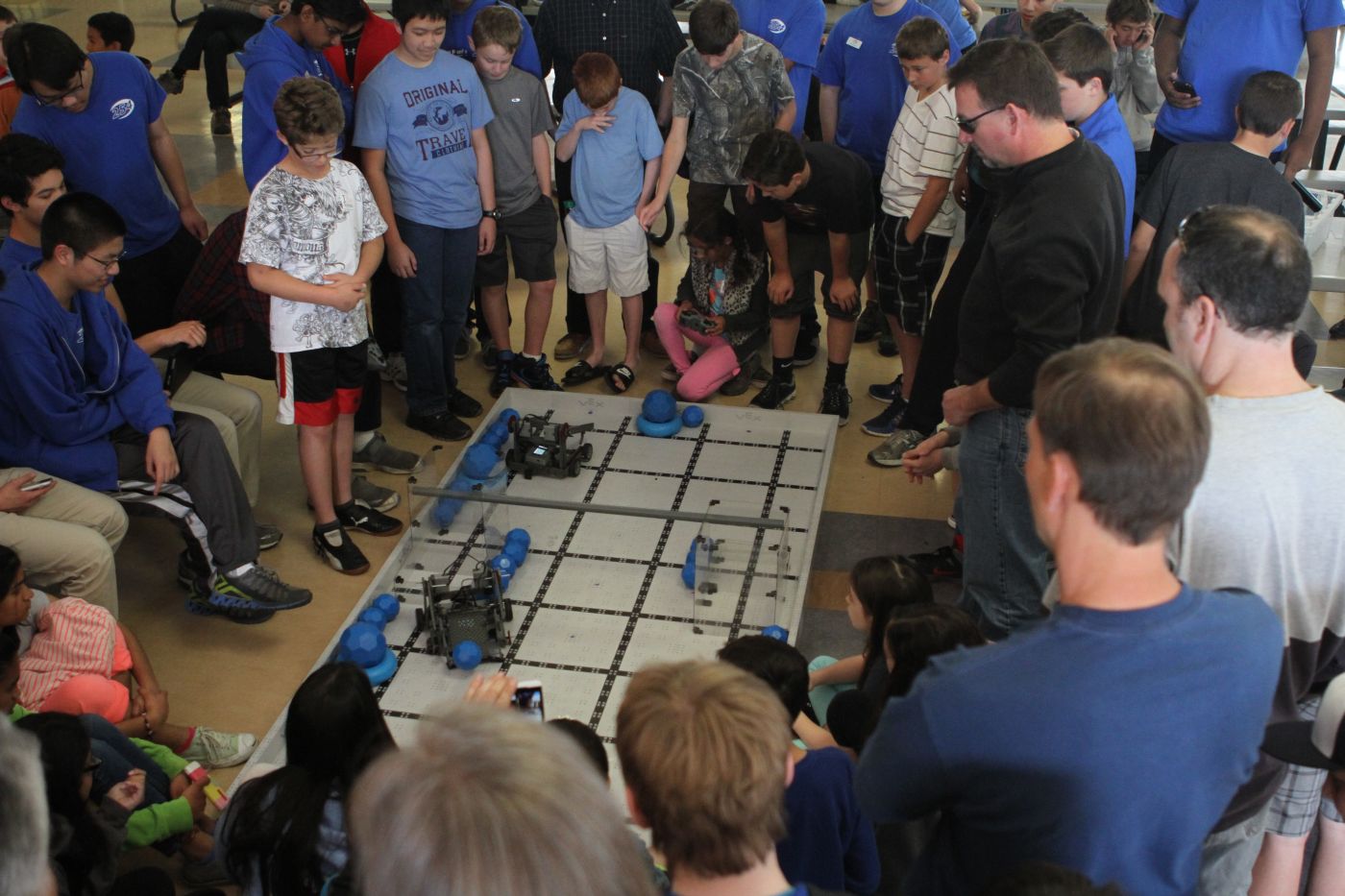