by Joncarlo Avila and Brandon Wui

Today, we worked on prototyping an improved catcher and ball indexer. Our new catcher consists of 2 pistons that open and close the catching mechanism. We also removed the intake and shooter from the Overkill practice drivetrain for easier testing.

We made two new indexer prototypes with the goal of minimizing piston use to save air and weight. One group built a prototype that used a 6″ stroke piston to simply push the ball into the flywheels. Another group finished another variant of an indexer. This one features a 3″ stroke piston that pushes a linkage together so that it “claps” to move the ball up. The clapping indexer worked slightly better than the linear one and also uses a smaller piston. Late at night both of these prototypes were tested with the shooter and both showed consistent shots and improved accuracy over the former indexer. 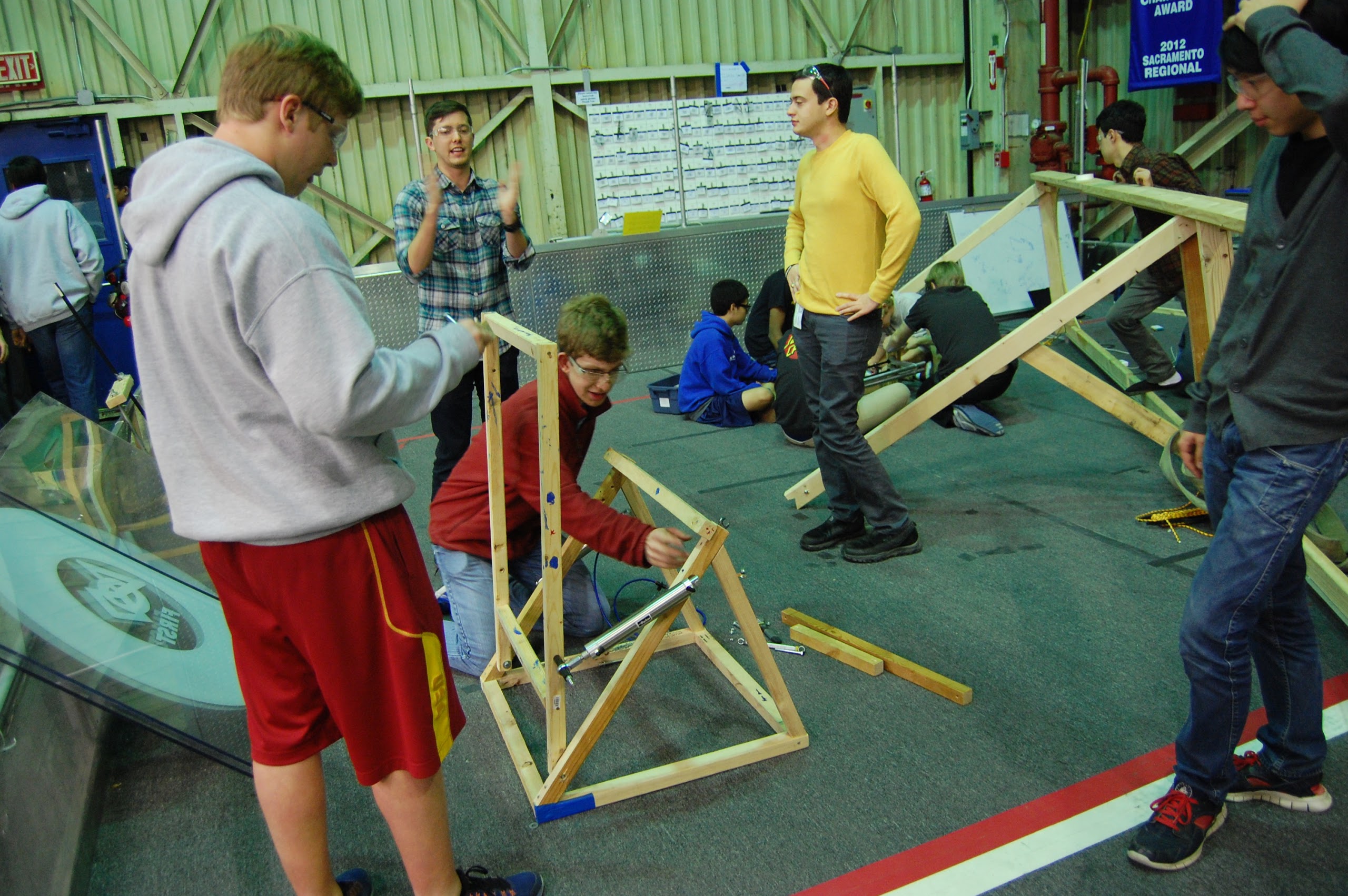 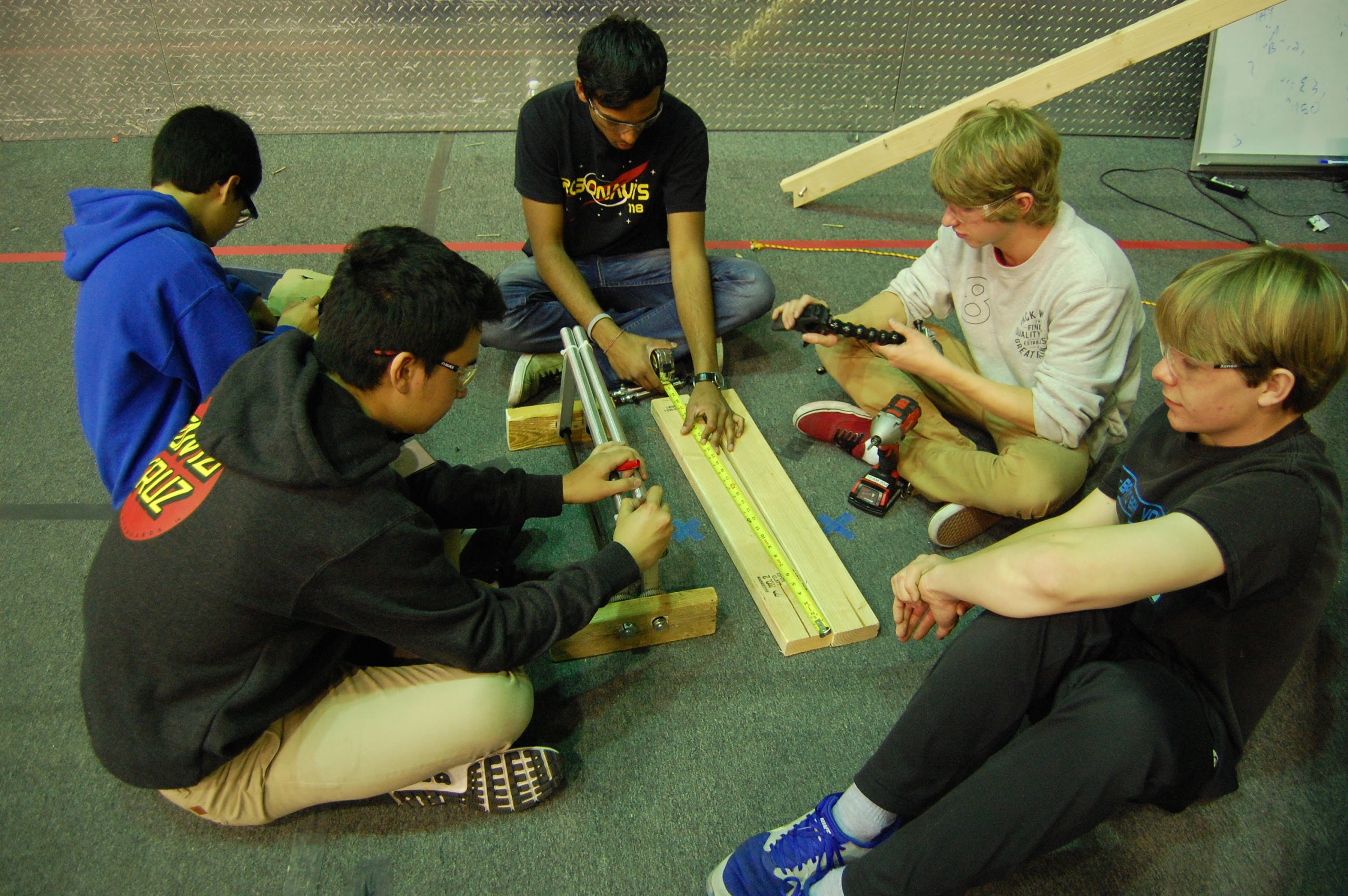 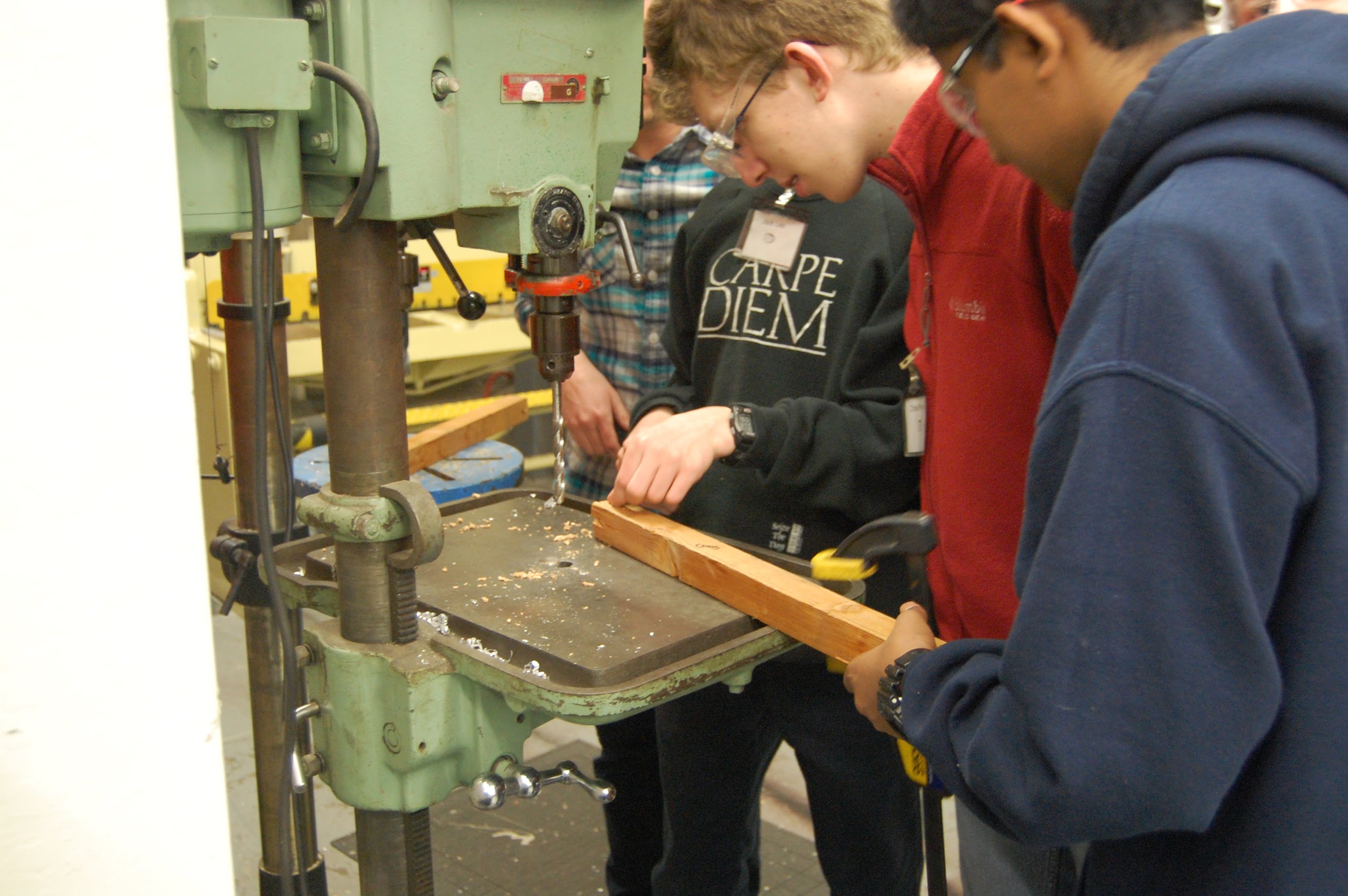 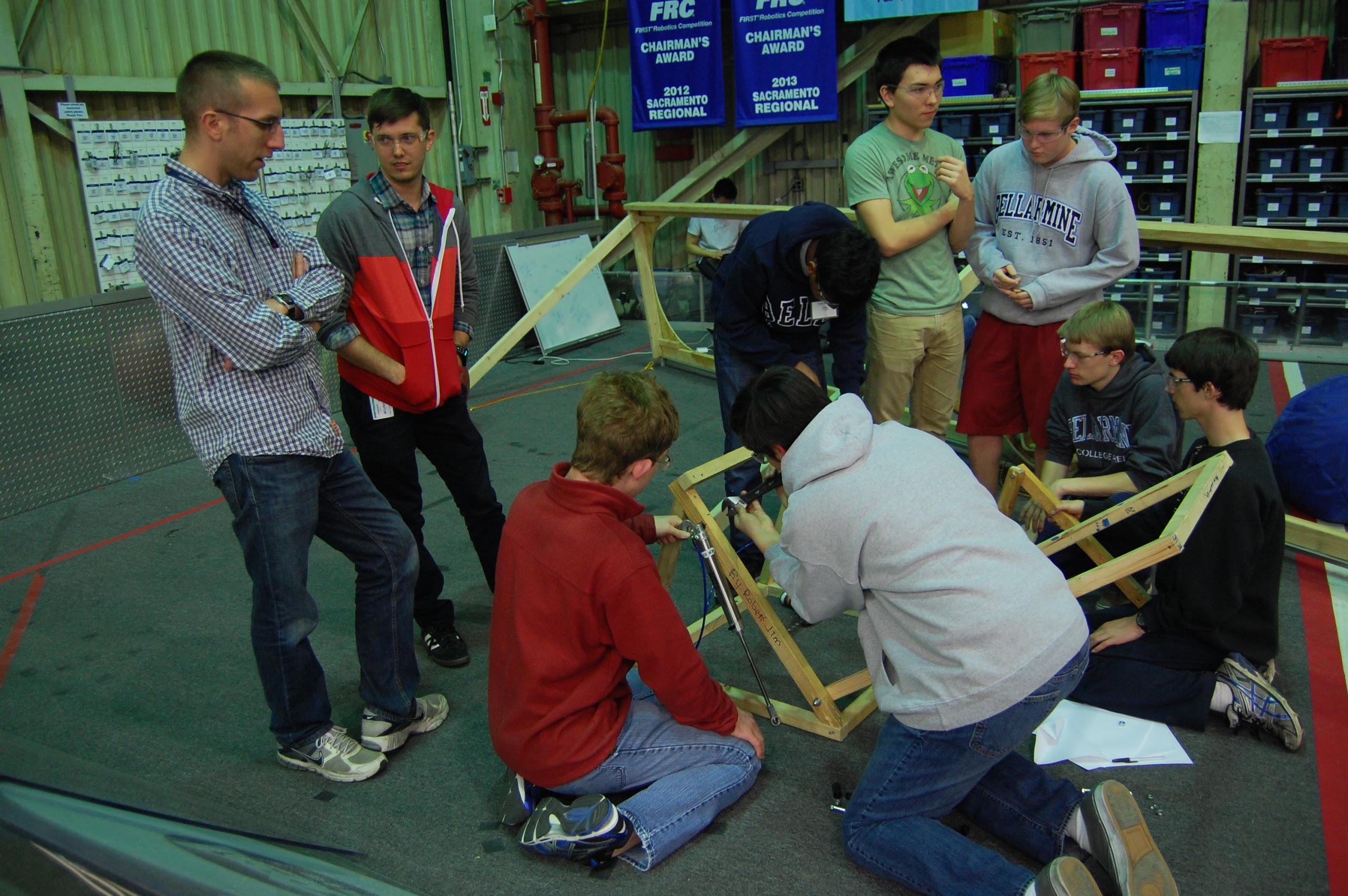 Today, we received our waterjet base plates from sponsor BAE Systems. We riveted the plates to the chassis rails which were machined over the weekend and jigged the weldment for welding. Students also worked with wire brushes to clean the aluminum oxide off of the parts to help with welding prep. The drive base is now ready to be sent out to be welded by sponsor Applied Welding Technology and will hopefully be received tomorrow so that we can prep it for power coating. 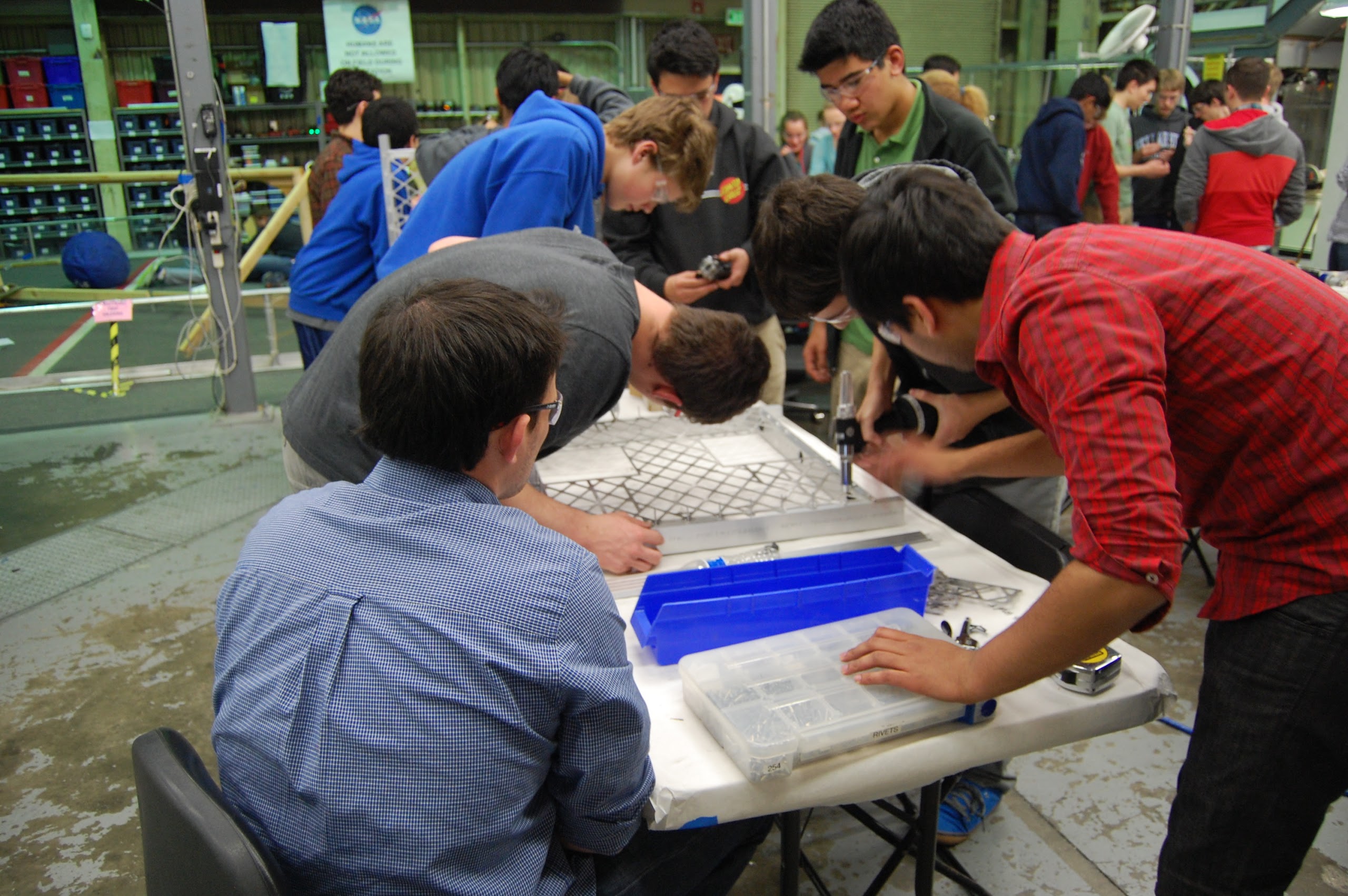 Check the Trello!
If drive base is back from welding, prep it for powder coating.
Continue working on the indexer prototypes, testing with variable ball sizes and PSI for consistency.