Three different teams worked to design, build, and test three different ways to launch the ball. They built a catapult, a linear launcher, and a flywheel shooter. 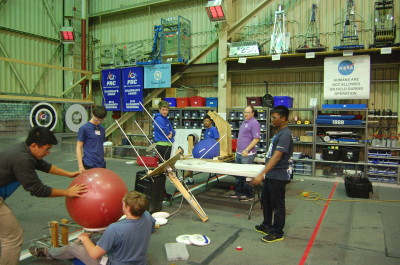 A catapult was designed and built today using a system similar to other catapults we’ve seen for this year and 2008. This quick prototype was not strong enough to launch balls far enough and the team needs to improve the design tomorrow perhaps by making it more stable and utilizing another tension device such as surgical tubing. 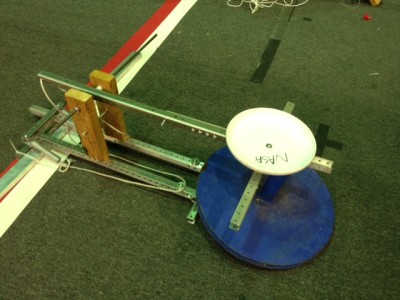 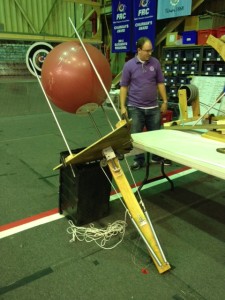 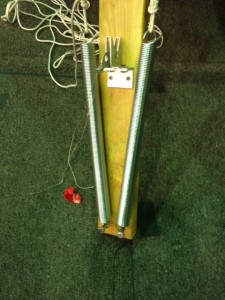 The flywheel shooter was completed today, and students and mentors began testing with it. Of the three shooter prototypes, the flywheel had the best shots and most consistency. Additionally, the team could test the effects of ball pressure on the consistency and accuracy of shots for the first time in the season. By the end of the night the flywheel shooter made about 1/3 to 1/2 of its shots. 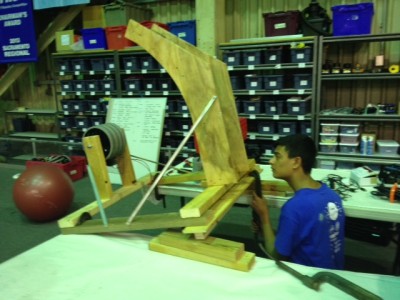 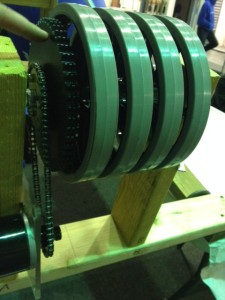 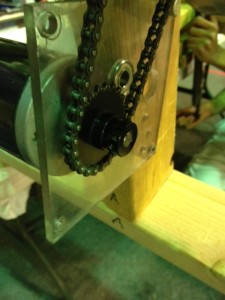 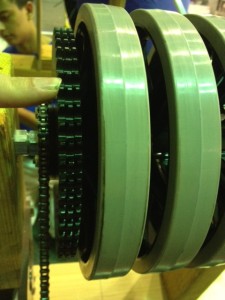 The programmers met today and decided on what they wanted to work on for the next few weeks.

It was decided that we would like to spend time building debugging tools for the robot. The main thing that needs to be built is a way to live graph motor and sensor states, much like the PID tuner we had in 2012.

The programmers also decided to rework how autonomous mode will be executed so that control flow can be used in autonomous rather than just a straight sequence of events.

Tom and Stephen started a new Java project for the 2014 robot and got basic CheesyDrive working on the 2013 practice drivebase. This code will use a new subsystem architecture and will use very little code provided by WPI. 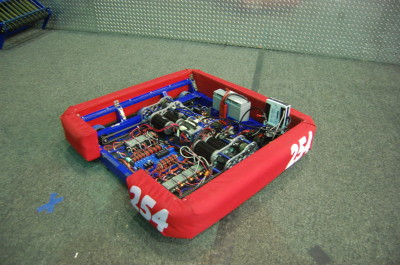 The team completed the construction and mounting of one full set of high goals. The goals have a ramp designed to return the balls back onto the field so that they do not fall onto drivers. We will use these wooden goals while we wait for the official set to come in from FIRST.

Today, the team began modeling parts for the gearboxes and chassis. We plan to design a drive base similar to last year but without a PTO on the gearbox. Tonight, we designed the gearbox output shafts, intermediate shafts and wheel shafts which will be sent out to sponsor Modern Machine Company tomorrow.