Today, the programmers worked on two major projects and a smaller one. The two larger projects were a data logger for the robot and an app for members to check their FRC Hours. The smaller project was to get Adobe products which had been generously donated to the team onto a few of the lab computers.

The FRC Hours mobile app makes viewing member hours more accessible. This should make it easier for members to track how many hours they have completed and how many more they need to do. The programmers plan on adding more functions onto it later, including even a signup system for the builds.

The final thing that the programmers worked on was putting Adobe InDesign, Photoshop, and Illustrator onto the lab computers. This took a lot of time as there was one CD of each to go around, and ultimately, they could not finish installing each by the end of build. 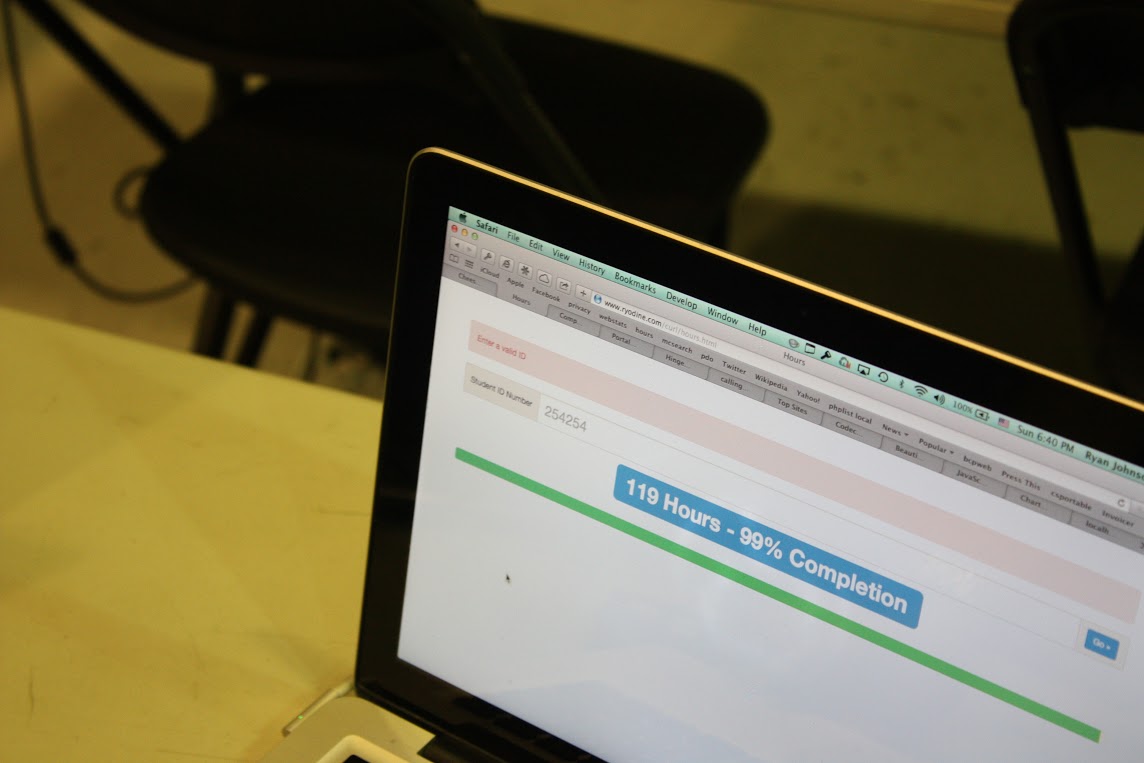 Today, we also upgraded the pit shelving box. The base was re-painted in two coats, a flat coat and then a secondary semi-gloss coat, all in blue. The cover of the box was also redone, using less pieces so that it looked cleaner. Two handles and four wheels were added to enhance box mobility. The hinges were also supplemented with gas springs to hold the lid open during loading and unloading.

Members also touched up the paint on the shipping crate, last painted in 2011. The two new boxes look great and we’re excited to bring them to competition! 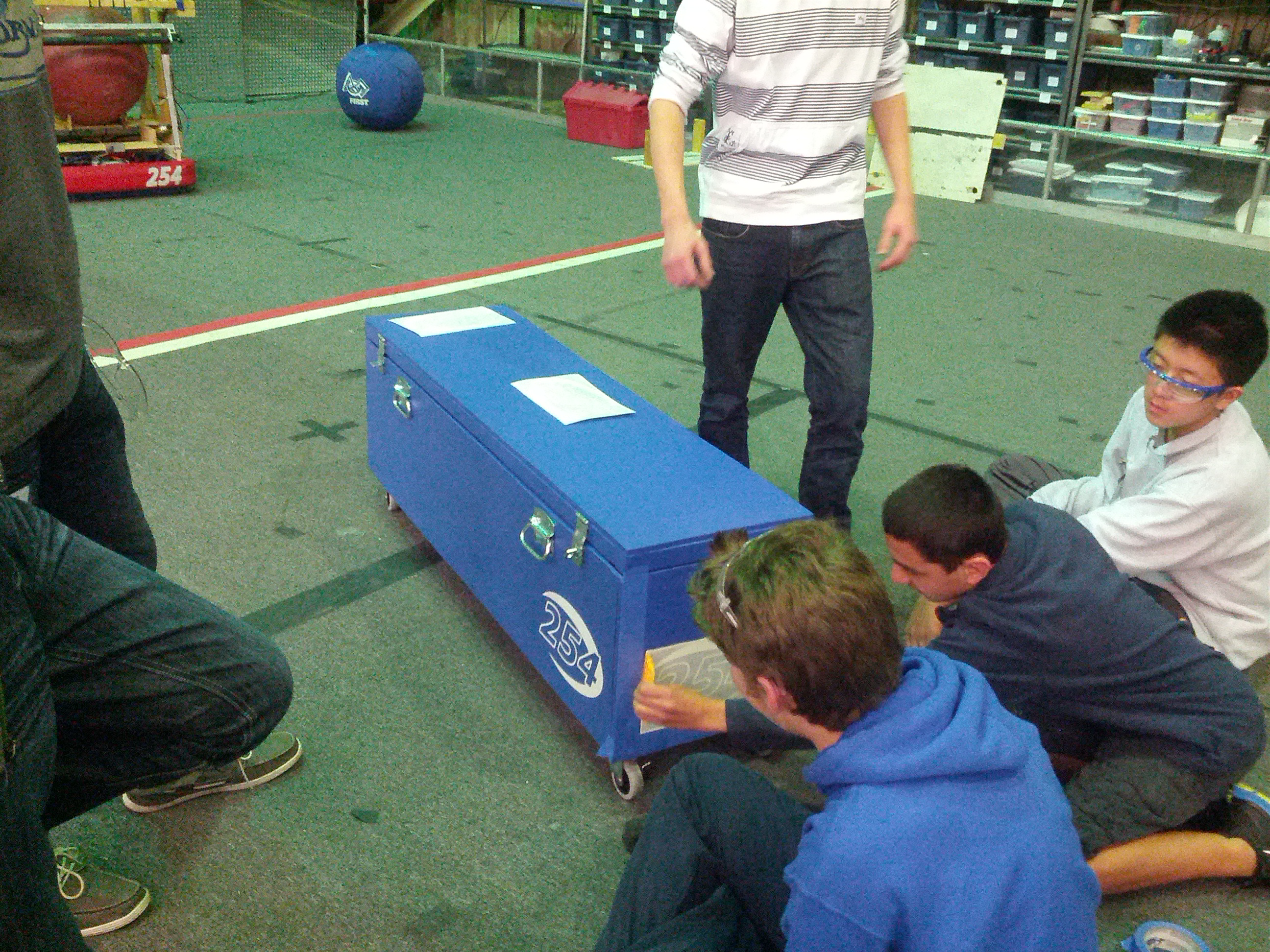 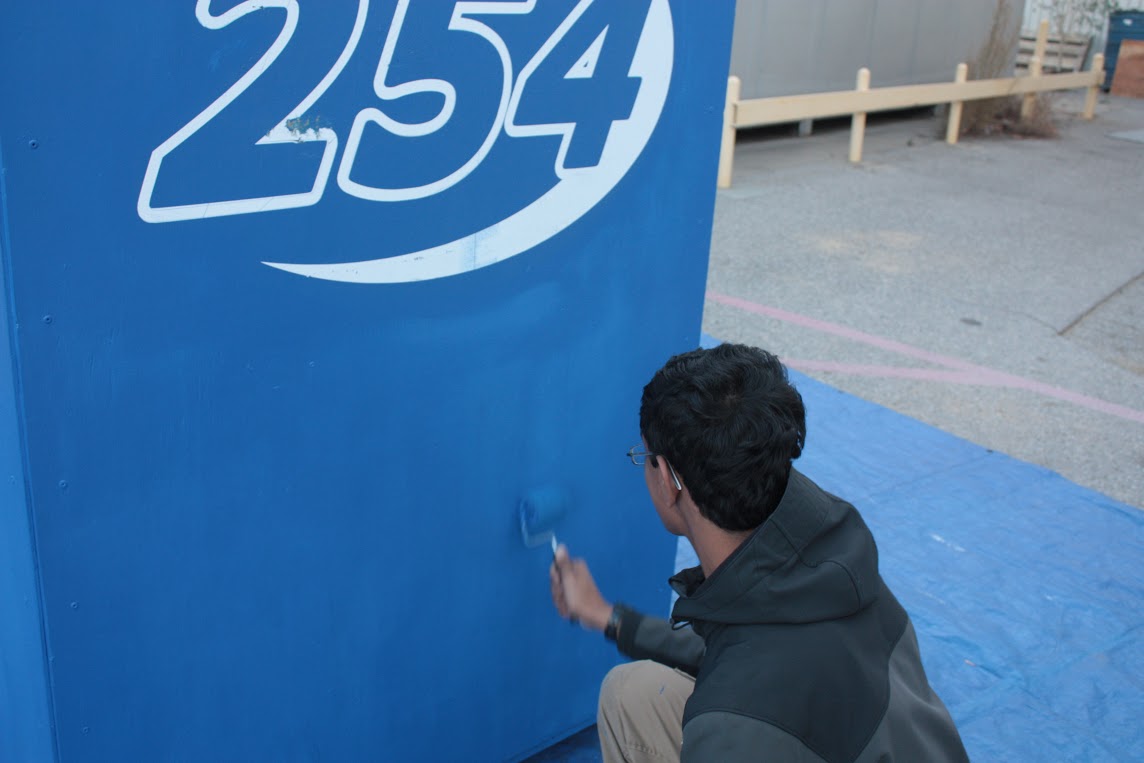 Students built an improved catcher that more closely resembles the CAD (one that can actually fit on the robot). They attached pistons to the catcher so it could open and close. They also brainstormed the structure of the side of the catcher. They were unable to finish the rest of it due to a lack of material, which will all arrive by the next build. They will then attach the material to the side and the back of the catcher so that the ball will not fall out of the catcher upon being caught. Additionally, they added some blue paint to the structure of the robot prototype.

Students also used the mill to make the metal bumper support brackets, which are needed to attach the bumper to the robot drive base. They were able to finish this and will soon be riveted together and sent out to be welded.