Lots of parts were manufactured today. The gussets for the superstructure were machined on the CNC and scotch brited by hand. Axle plugs were turned on the lathe. Pieces to be CNC milled later for the intake and the hood were cut on the horizontal band saw. Axles for the rollers were cut on the horizontal band saw as well. We also began programming the CNC to make the plugs that hold the superstructure subassemblies together. 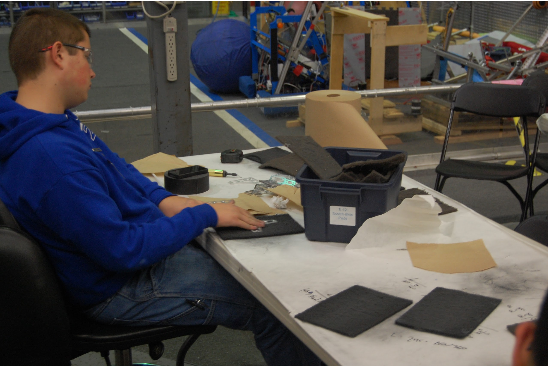 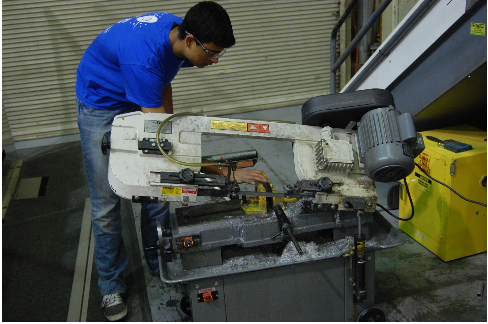 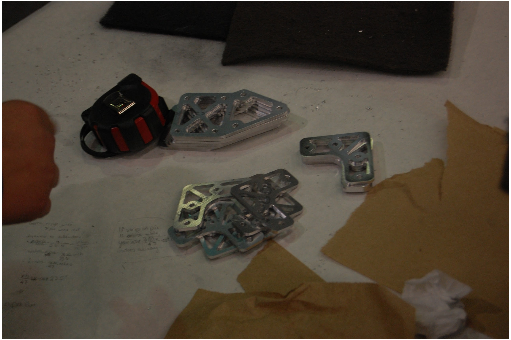 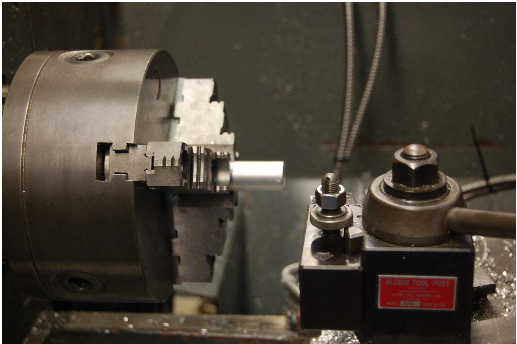 The manual mill’s starting motor is burnt out so it won’t work for now. Repairs were made throughout the day but it still doesn’t work. New parts need to be ordered for it. The CNC mill was leaking coolant today for an unknown reason. It will be looked into later in the week and fixed. The projector upstairs was mounted above the screen so it is no longer on the table. 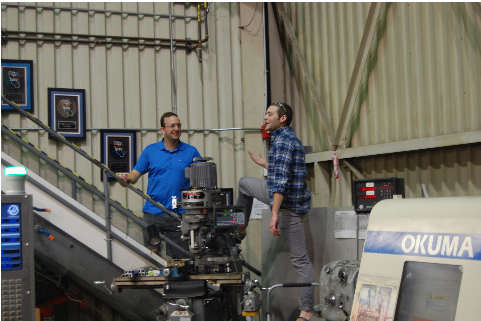 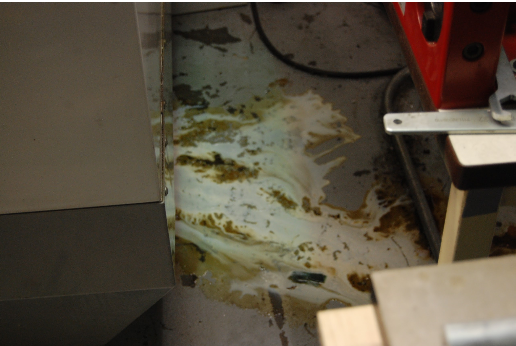 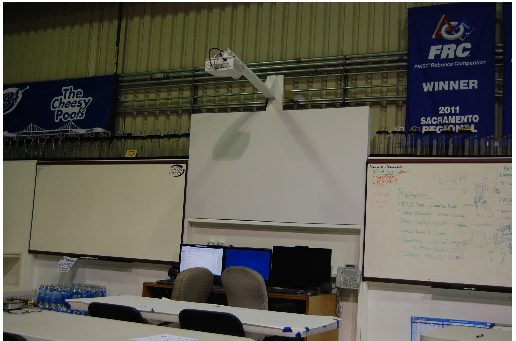 Today we ordered many parts. Specifically we ordered the wiring supplies and the electronics to **finish the robot drive by Friday.** 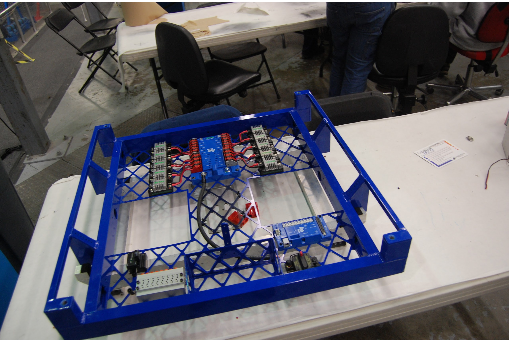 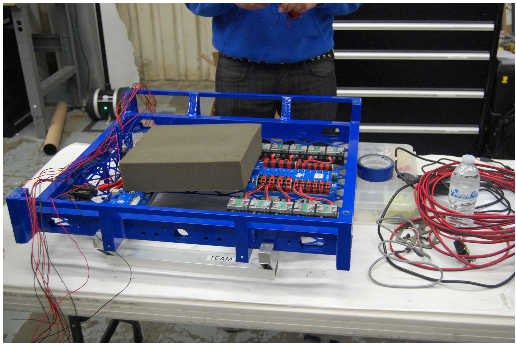 The wood covering the driver station finally broke after the repeated impact of balls landing in the goal. Modeled after the official field, PVC pipes were laid across other pipes to provide the same protection with less material. The PVC was attached to the goal and the I\-beam on the front wall of the lab. The zip ties may be replaced by something more sturdy. 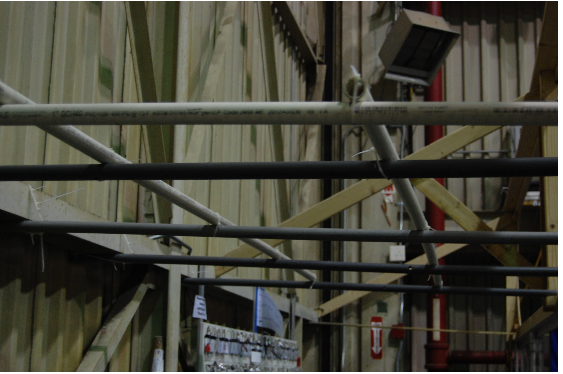