2015 VEX World Championships and “Nothing But Net”

This past week, Team 254A and 254D traveled to Louisville, Kentucky, to compete at the 2015 VEX World Championships. 254A competed in the Science Division, while 254D competed in the Technology Division. Our teams faced off against top teams from places like New Zealand, Texas, China, England, Mexico, and Bahrain. 254A experienced numerous setbacks at the tournament on their scissorlift, such as spilling ketchup onto their Cortex and numerous stripped gears and bent axles. 254A worked around the clock to repair the robot, but unfortunately were unable to fix the robot in time for eliminations. 254D did reasonably well, placing 30th in their division, but also unfortunately did not reach eliminations. On a happier note, the new VEX game “Nothing But Net” has gotten our team members talking about potential designs to shoot balls into a net, such as flywheels and catapults. Unlike previous years, for the majority of the match bots cannot lift above 18 inches, eliminating the lifts that have been dominant in earlier games.

Louisville was also quite a surprise for our teams. The food in Louisville was a lot better than Anaheim, where the majority of previous World Championships have been held. Our team especially enjoyed the Moelicious BBQ food truck and the hot and fresh minidonuts served at the event. Cracker Barrel was also well-liked by students. We also went go-karting in Indianapolis and relaxed at Dockweiler Beach in LA. 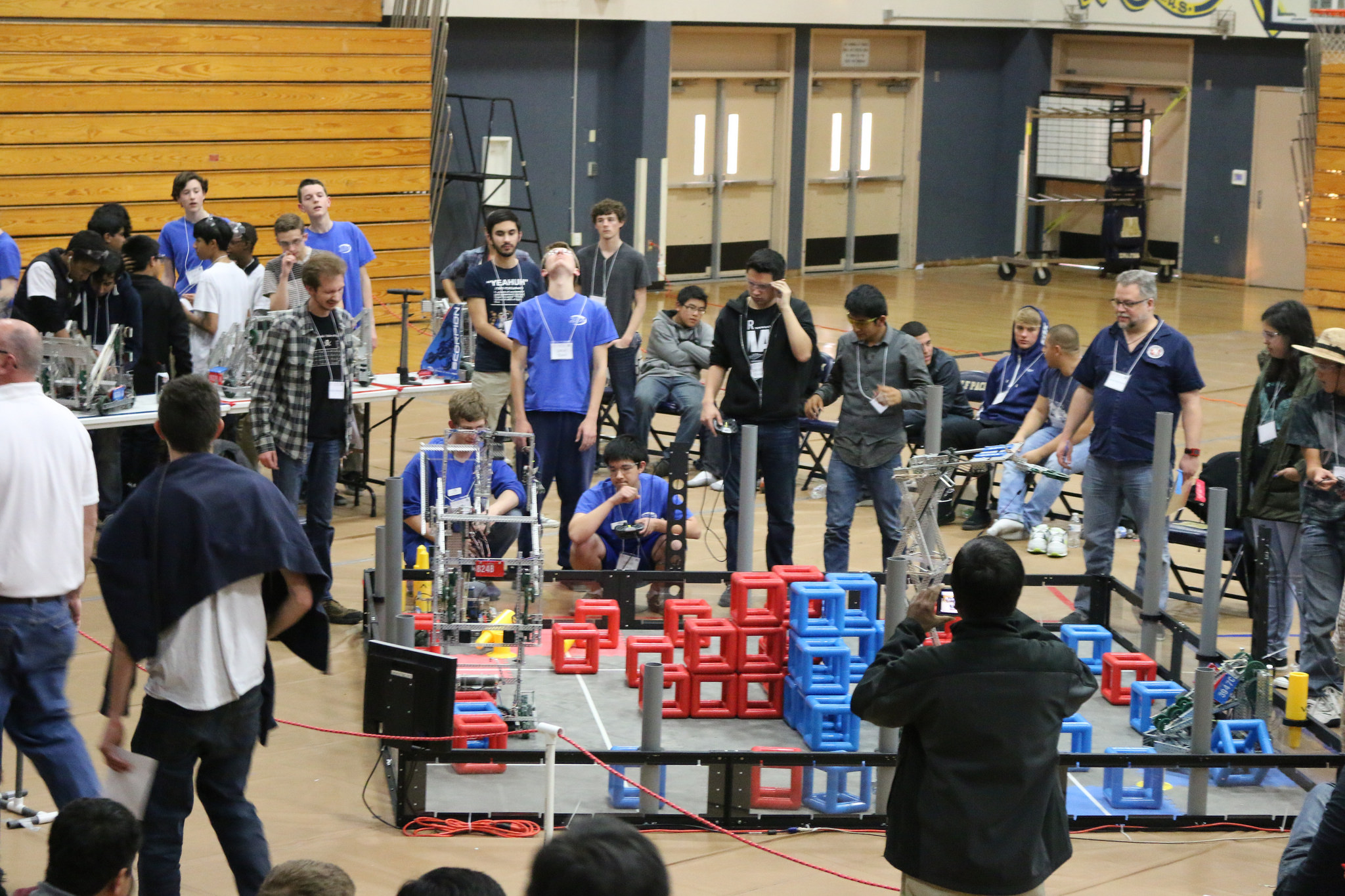 254A, using an eight-bar side-roller robot design, reached the finals alongside 5369 (the Duckies) and 5327C (Gael Force) as part of the first-seed alliance. Unfortunately, after a long deliberation by the referees, they lost to the second seeded alliance in two matches. Congratulations to 1935A (HEART Academy San Jose), 7579B (Next Generation Science & Technology Group), and 8000B (Head-Royce School)! In addition, Team 254C won the Sportsmanship Award! 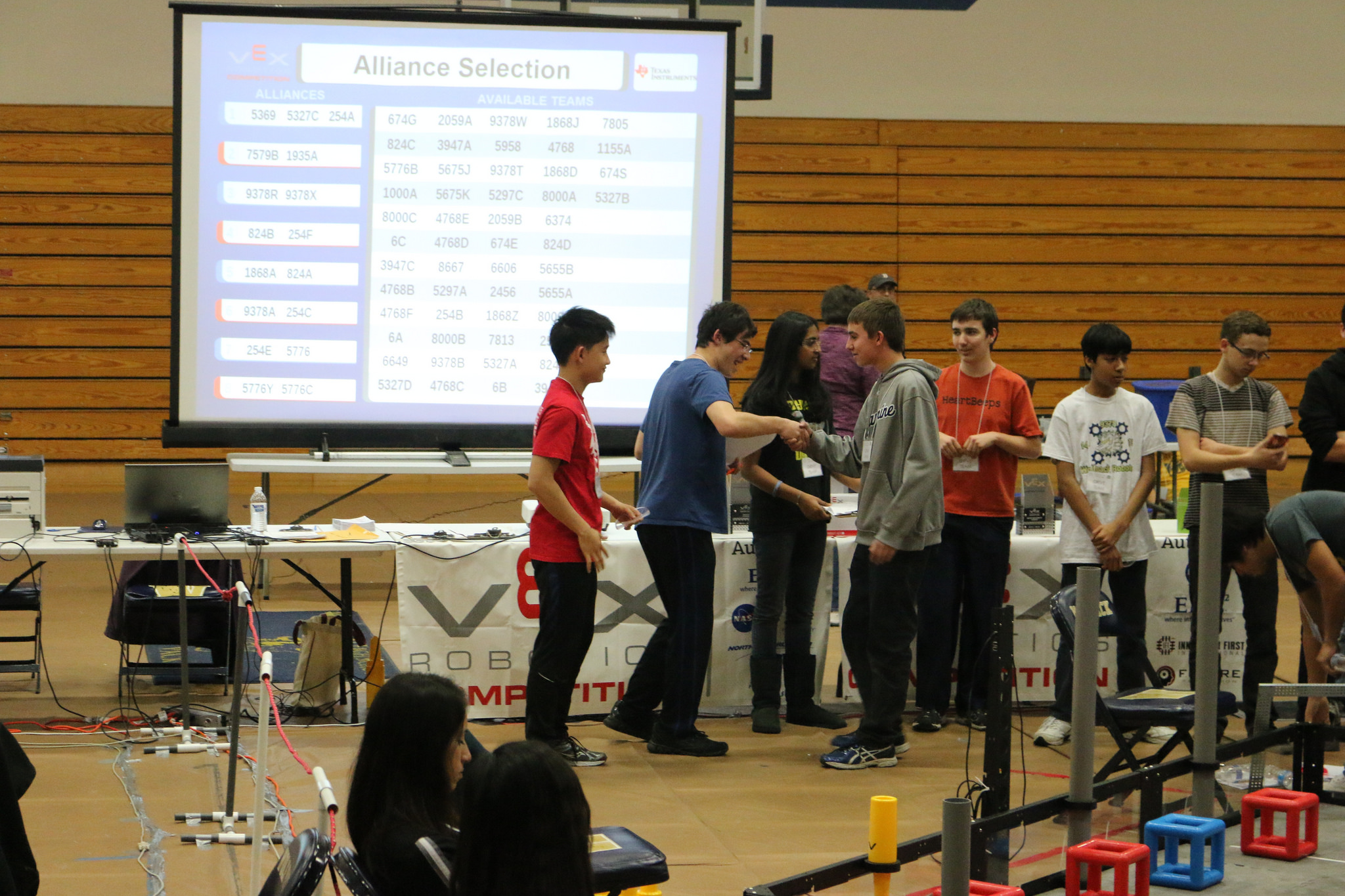 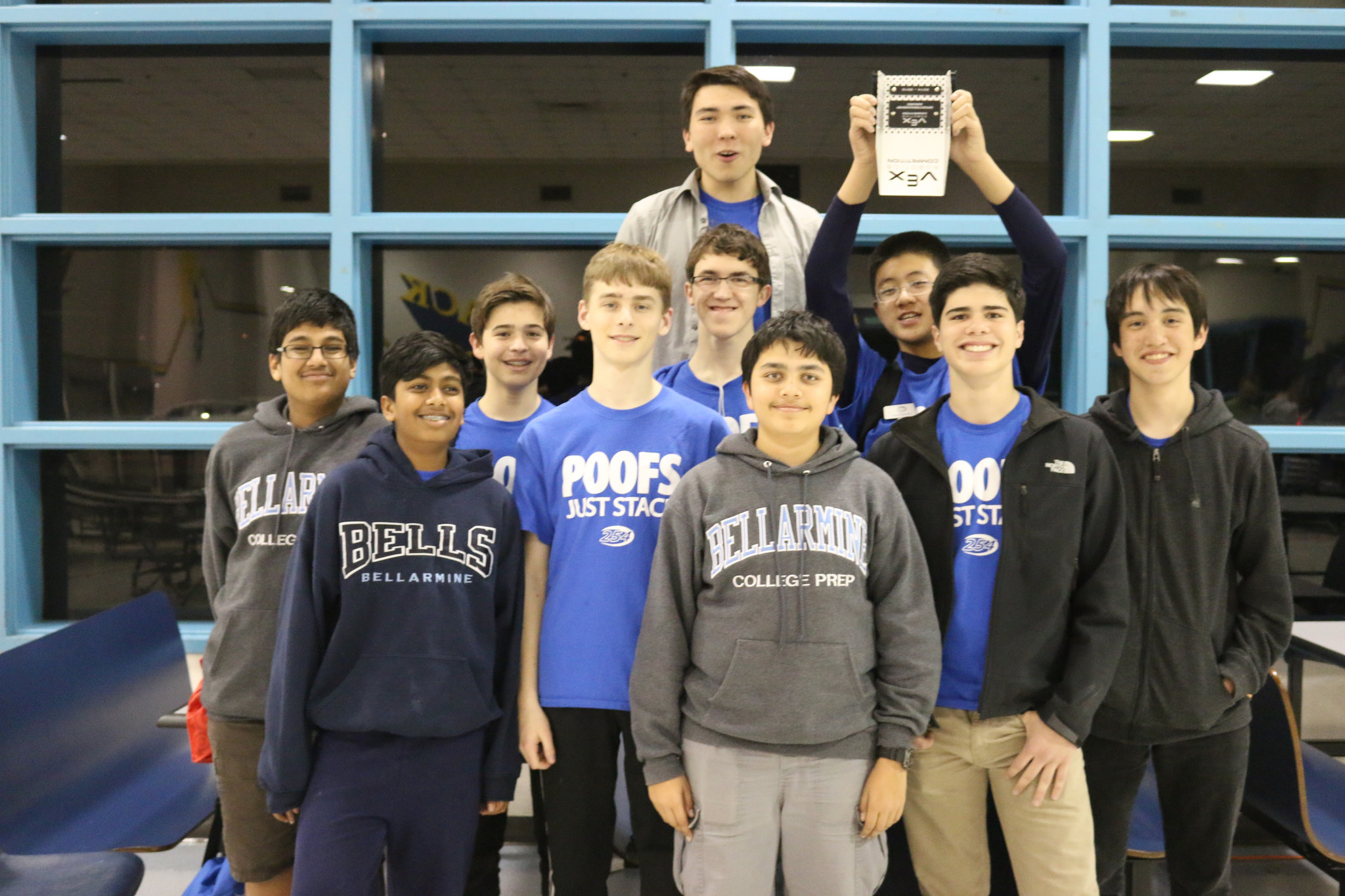 Our teams learned a lot at Tracy about potential designs and had a lot of fun, and are looking to make improvements to their robots for the NorCal State Championship, coming up at the beginning of March! 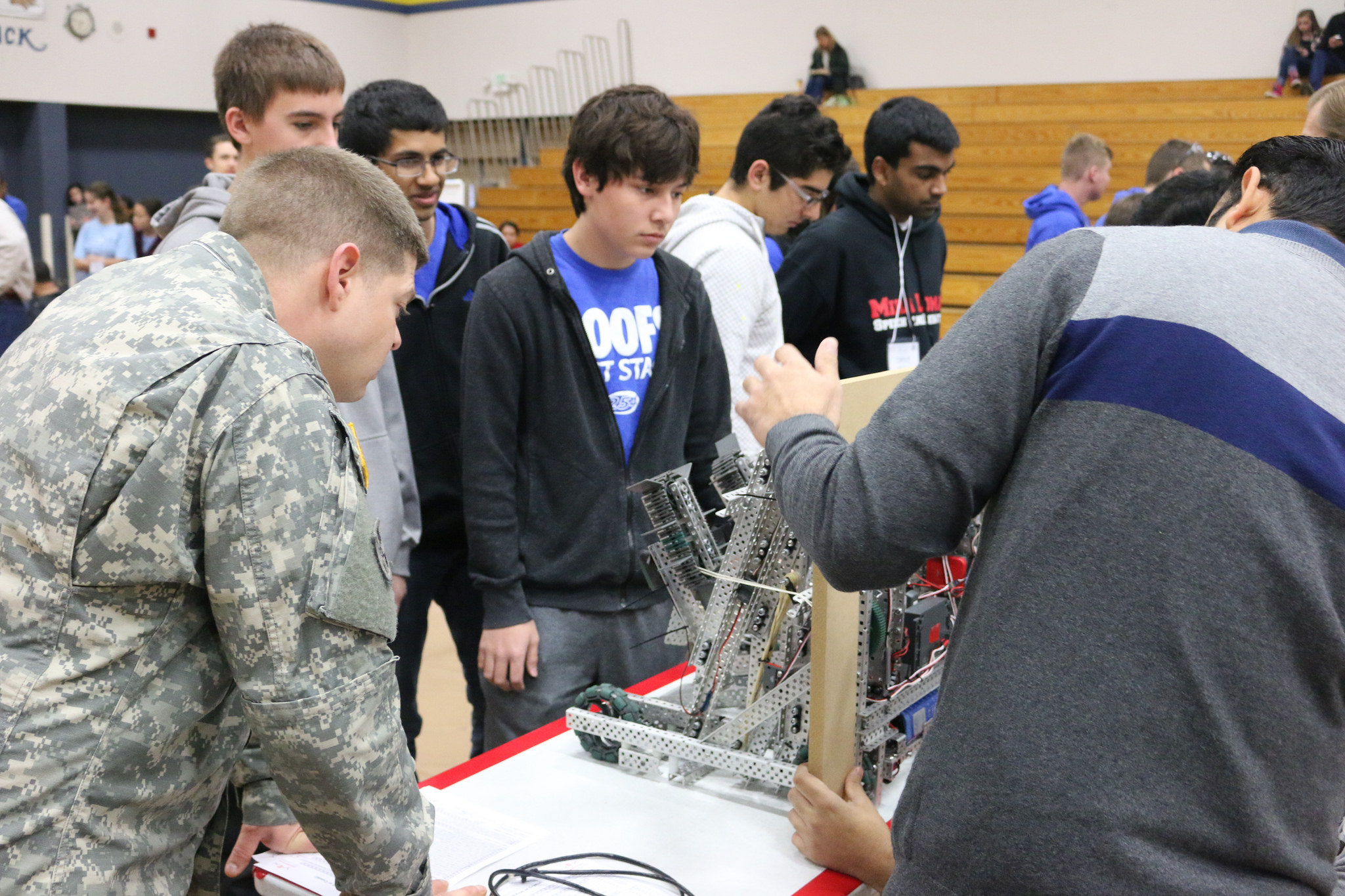 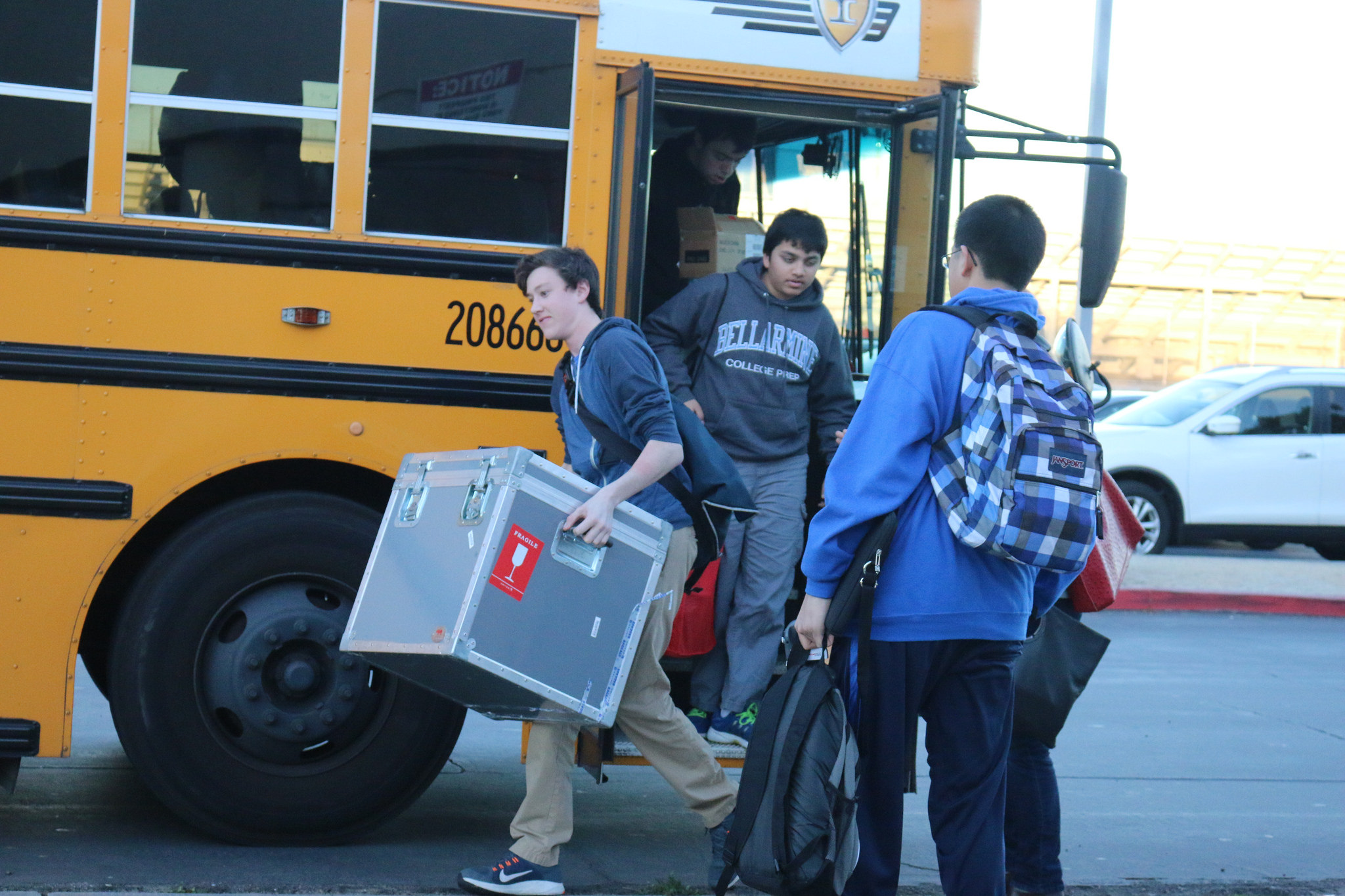 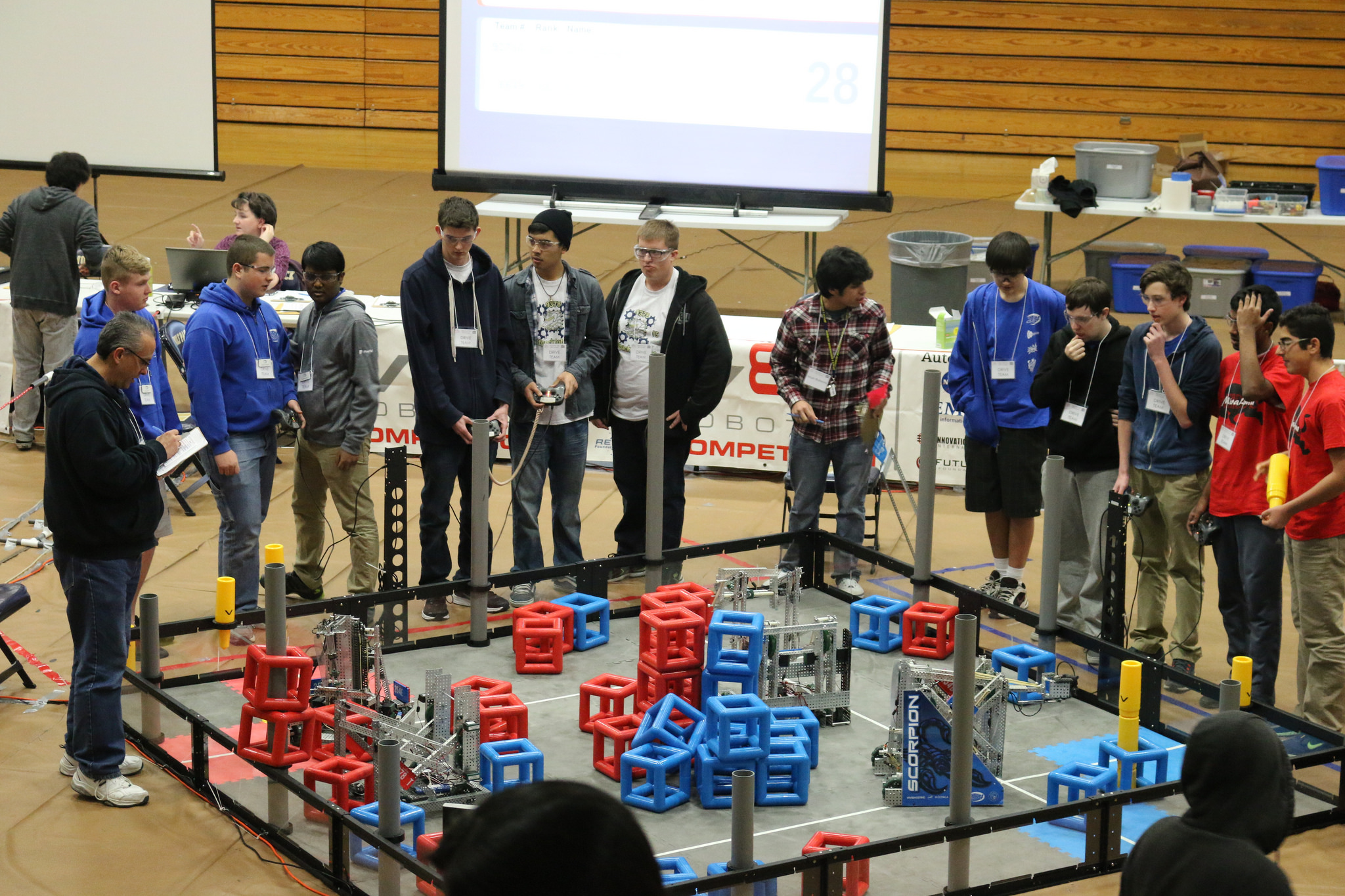 On July 11th and 12th, members of VEX Team 254D traveled to Hawaii for the new Hawaii International Games tournament. The tournament featured two competitions, one for the old game, Toss Up and one for the new game, Skyrise. The Cheesy Poofs were fortunately able to secure spots in both competitions, entering the robots Scorpion and Qilin. Although the Cheesy Poofs did not fare so well during the qualifications due to various issues in both divisions, top teams recognized the strength of the Poofs. In the Toss Up competition, 254D was selected by the 2nd seeded alliance while in the Skyrise competition, partnering with 359A, the Hawaiian Kids, and 1973A, the Trojanbots. The alliance lost in the quarterfinals to the eventual tournament victor. In the Skyrise Division, 254D was selected by the 5th overall seed, joining 368A, Team Kika Mana, and 1841A, Buff n’ Blue 1, again losing during the quarterfinals. Despite the team’s failure to proceed through the quarterfinals, the Cheesy Poofs gained valuable experience and knowledge in designs and strategies for the new Skyrise game that will carry over to the new season. 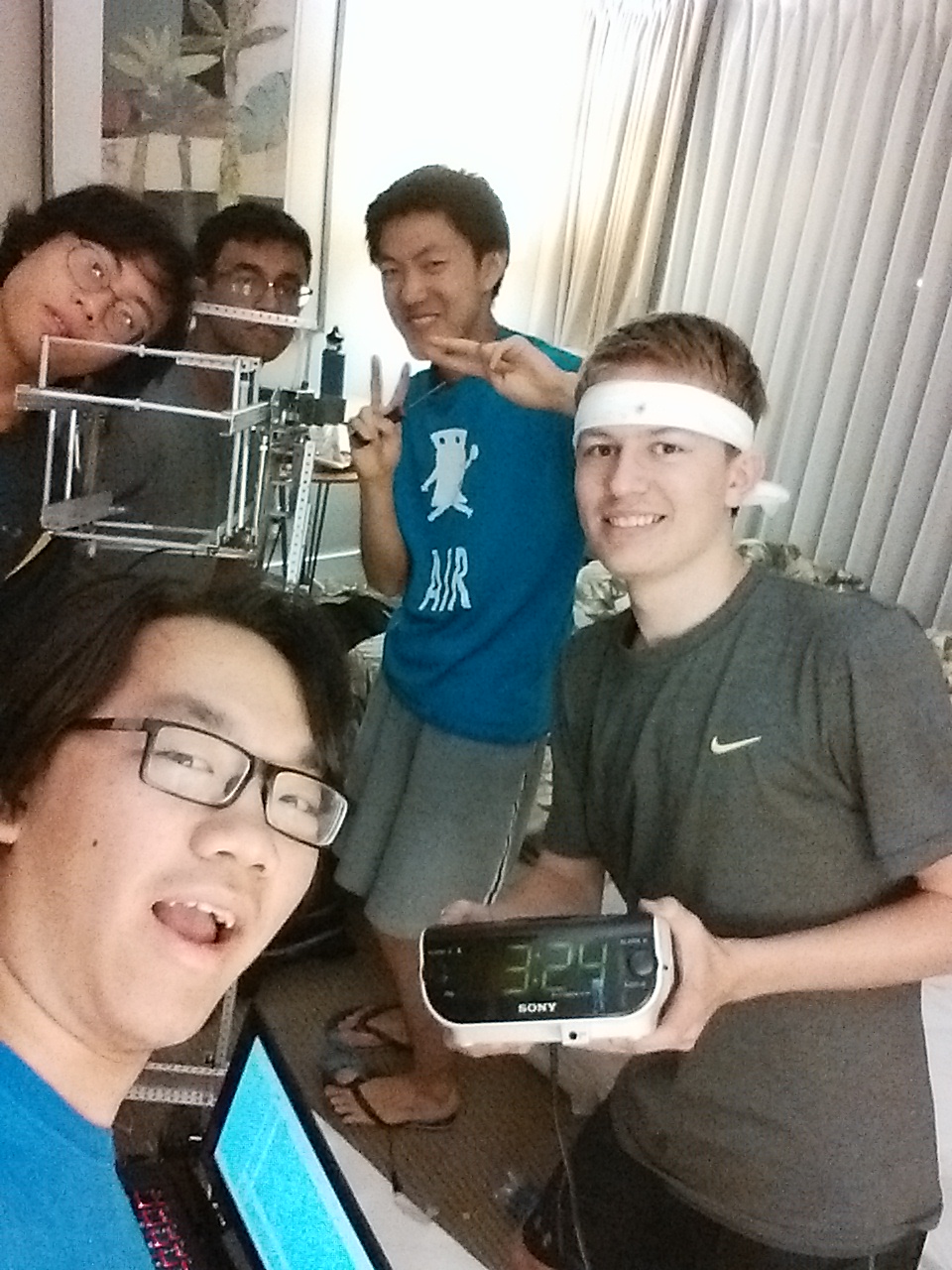 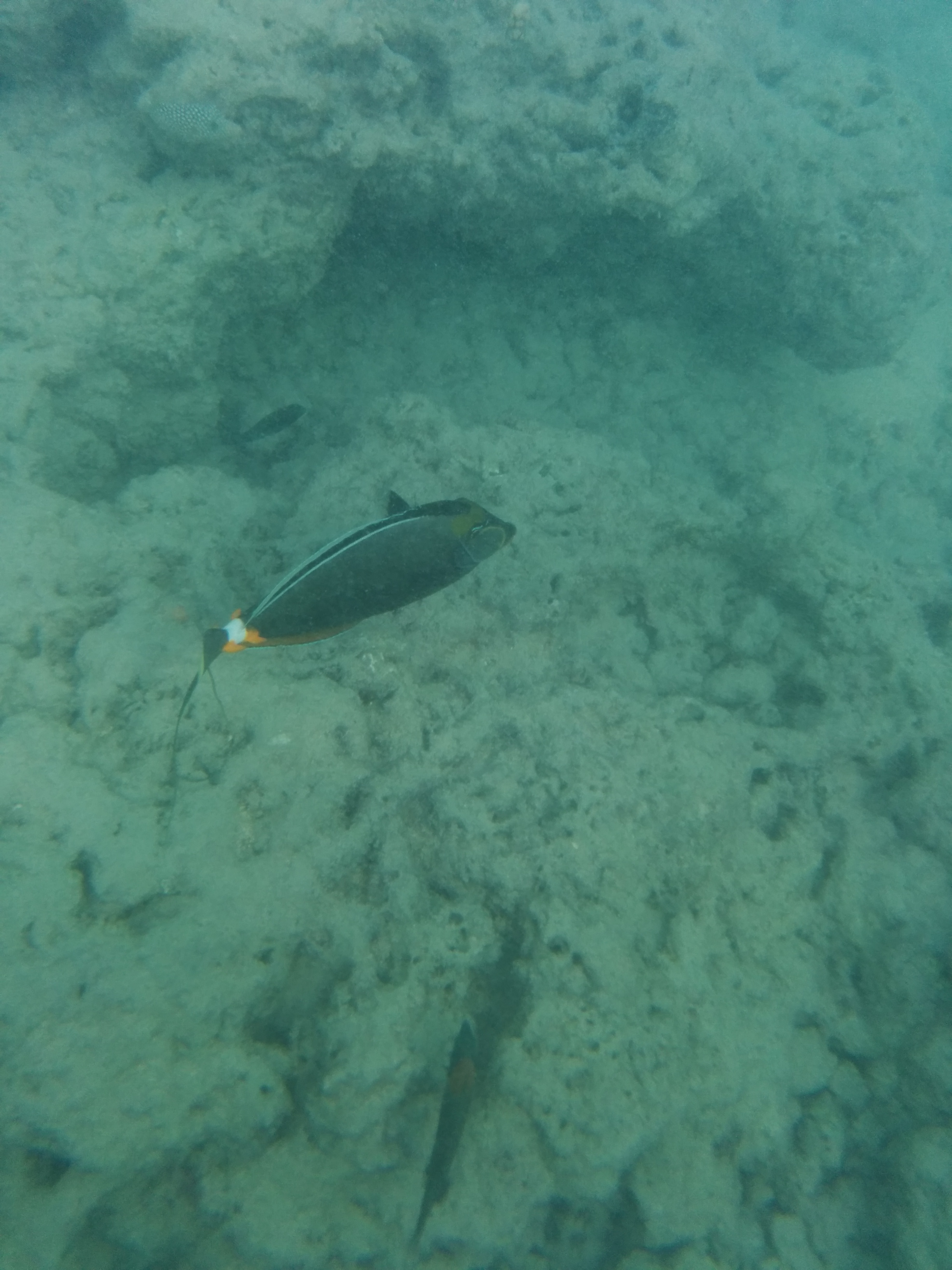